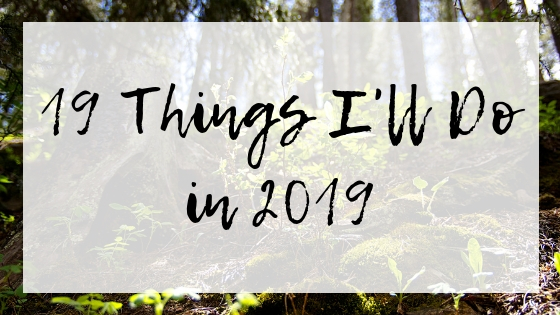 I’m a little hesitant to publish this post. Mainly because I wrote a similar post at the beginning of 2018, and quite frankly, I didn’t do very well in fulfiling the things I’d said I’d do. I confess, too, that I’ve felt challenged (in a good way) by some who’ve deliberately not created a list. However, I’ve also been inspired by friends who have created a list of things they hope to do in 2019, such as travel blogger and social media extraordinaire, Amanda Kendle, and writers, Maureen Helen and Susan Dunn.

Much of my list include ways of nurturing my creativity and spending time with my elderly grandfather (and our shared family history), as well as time to rest – to create ‘margin’ rather than trying to cram more and more into my limited time.

So, with a little trepidation, and in no particular order, here are 19 things I hope to do in 2019:

1. Spend time in my garden.

After failing miserably in this area in 2018, I’ve begun the year with promise, having been in my garden almost daily since mid-December. I’ve revived my vegetable patch, with easy-to-care vegetables and herbs, and I’ve re-discovered the joy of simply sitting in my backyard, especially in the early morning and late afternoons when the honey eaters and willy wagtails visit. 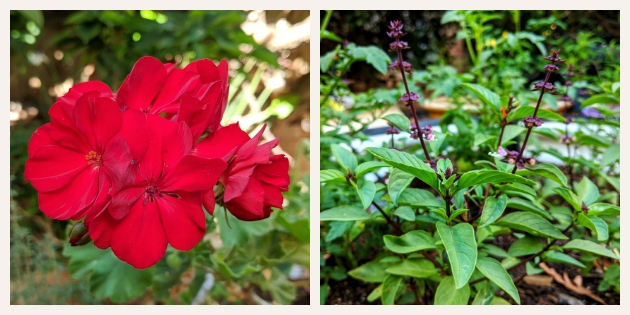 2. Book five days per term in the Great Southern.

I currently have the use of a simple, two-bedroom cottage that once belonged to my grandmother, and which nudges the edge of the Bibbulmun Track, and is surrounded by native bush. When life seems busy, it often feels too difficult to arrange to drive the five hours south of Perth. Five days doesn’t sound like a long time, either, but once I arrive I need less than 24 hours before I feel revitalised and more creative. The introvert in me loves the solitude, too.

3. Rediscover the joy of creating a fictional world.

It’s been three years since Many Hearts, One Voice was published, and I’ve been beating myself up for not having another manuscript finished. But that self-imposed pressure has simply robbed me of much of the joy I used to find while creating the world of a story. This year I’m determined to give myself permission to play.

I hope that in writing some shorter pieces of work and submitting them, I’ll have the satisfaction of actually finishing something, rather than the seemingly endless work-in-progress that is my novel/s.

I aimed to have this up and running last year, but there was a lot more involved than I thought, and a few new skills to learn. However, I really do love the idea of encouraging the next generation of writers, some of whom already have more raw talent than I ever did, so I really want to make this happen in 2019.

I didn’t quite achieve this in 2018, either, but it wasn’t for want of trying. I succesfully completed three units, but the final two of the diploma clashed with a family holiday to Italy, and it didn’t seem sensible to attempt them. As those units weren’t being offered again in 2018, I have had to wait until later this year to complete them. The one thing that may get in the way of this goal is the fact that the fees for each unit have increased substantially this year. It’s disappointing as it will make it less affordable for some students, but probably a result of a decrease in government funding, which has previously subsidised the course.

7. Read my grandparents’ letters from the Second World War.

Some years ago, my grandparents entrusted me with their wartime letters detailing their courtship and engagement. While I have dipped in and out of these at various times, I would like to commit to reading them all chronologically this year.

Last year, I wrote an essay (and subsequent blog post) about my great-grandfather’s experience on the Western Front, largely based on his war diaries. My cousin has since suggested we digitise these to allow easier access for other interested family members.

I know my whole being benefits when I take time to sit still in the early morning, before the rest of the house stirs. I attempted this in 2018, with mixed success. If I gave into the temptation of ‘quickly’ checking emails or social media, my hour solo time quickly disappears, so part of this will need to include a social media ban during that time. While the weather is warm, I’d love to combine this with time in my garden.

Last year, I aimed to swim 50 km and learn to run 3.5 km around a local lake without stopping. I didn’t swim laps once, and a heel injury prevented me from walking far, let alone running, for much of the year. While I still hope to jump back into the pool at some point, I’ll feel satisfied if I enjoy some form of exercise almost every day.

11. Organise and back up my photos.

My photos are currently spread across three computers, an external hard drive and numerous CDs, and space on my current laptop is increasingly limited, so I really need to do something about it – although I said this 12 months ago and then didn’t take any action.

12. Book a mammogram and colonoscopy.

There is a history of both breast and bowel cancer in my family, and I have referrals for both a mammogram and a colonoscopy. It has to be done, and I know doing so will give me peace of mind. I just need to pick up the phone and make the appointments.

I’ve always been a bookworm. I love immersing myself in the worlds created by other writers, and once upon a time, I’d probably have read two books a week. But two per month seems more achievable right now. I’m not signing up to any reading challenges this year, mainly because I rarely end up writing reviews; however, I will post a photo of books I enjoy to Instagram, as a way of supporting other authors in some small way.

Several years ago, a lovely friend gifted me a Book Journal – which I’ve never used. Like other beautiful notebooks I can’t resist buying, I didn’t want to muck it up by actually writing in it. But I’ve taken the journal off my shelf and keeping it next to the book I’m currently reading.

15. Practise the piano at least twice a week.

I never had the chance to learn piano as a child, but took it up a few years ago. I love it, but whole weeks can go by without a single hour of practise. Now, I have an added incentive to practise: one of the characters in my current work-in-progress plays music, so I need to better understand her musical process, although she’s much better than I’ll ever be!

I’ve been learning Italian (slowly) for a couple of years now, and this might be a fun way to increase my vocabulary, as well improve my understanding of verbs and sentence structure.

18. Read and comprehend one short story and one feature article in Italian.

I want to learn Italian well enough to read a magazine or newspaper while visiting la bella Italia. I recently bought an anthology of short stories which include both the Italian and English translations of each story. I also have the latest copy of the Florentine Literature Review, a journal which does something similar, although it includes some poetry, too. So my goal of understanding one short story and one feature article in Italian shouldn’t be too difficult to achieve.

Originating in the US, and based largely on the work of writer, speaker and activist Parker J. Palmer, the Centre for Courage & Renewal runs a number of programs in Australia, including half day, full day and weekend retreats. I’ve been on several before, and find them to be a wonderful space to reflect on leadership and making a difference in the world, as well as what it means to be authentically and unapologetically me. 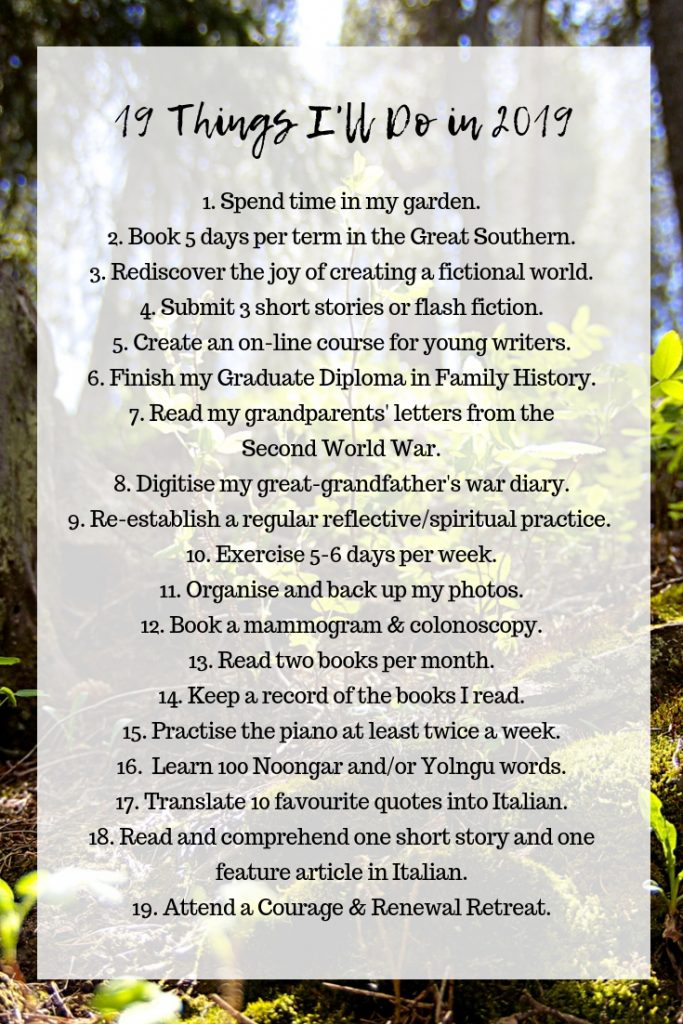 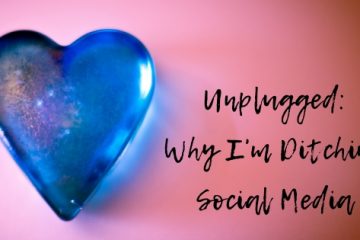 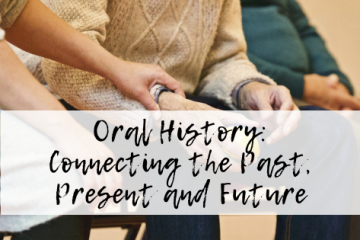 Oral Histories: Connecting the Past, Present and Future November 5, 2019 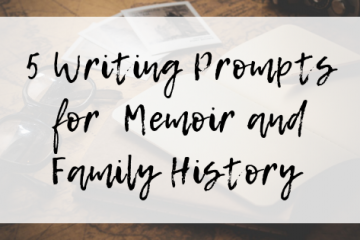 5 Writing Prompts to Kickstart Your Memoir and Family History June 11, 2019