6 Degrees of Separation: From Lincoln in the Bardo to … 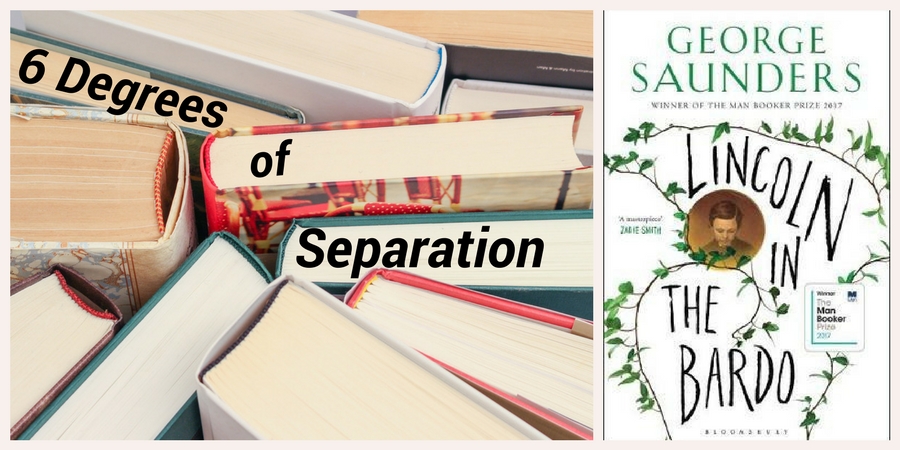 Another month – the first of 2018 – has whizzed by, although at a more relaxed pace than usual due to school holidays. Now, it’s back into the school routine, and re-claiming a regular writing rhythm. In the meantime, let’s play the light-hearted, literary version of Six Degrees of Separation.

If you haven’t played before, it’s easy: note down the first book that comes to mind when you know the month’s chosen title. Then, link this to another book, and repeat until you have a list of six in addition to the original one. The links can be in any random direction your mind takes you.

This month, Kate from booksaremyfavouriteandbest has selected Man Booker Prize winner, Lincoln in the Bardo by George Saunders, to start the chain.

As is often the case, I haven’t read the starting book, but my sister-in-law loved it. She also recommended Emily Fridlund’s History of Wolves, which was shortlisted for the Man Booker Prize.

Two Wolves by Tristan Bancks is on my daughter’s book list this year. I’m sure Bancks uses the idea of wolves in a very different way to Fridland, although both have a young person at the heart of the narrative.

A number in common connects Two Wolves to the next link in my chain. Two Brothers by Ben Elton, which has been on my bookshelf for a while, is about two boys growing up in Nazi Germany. One is Jewish; his adopted brother is Aryan. As they grow up, they are faced with choices I’m sure none of us would like to make. 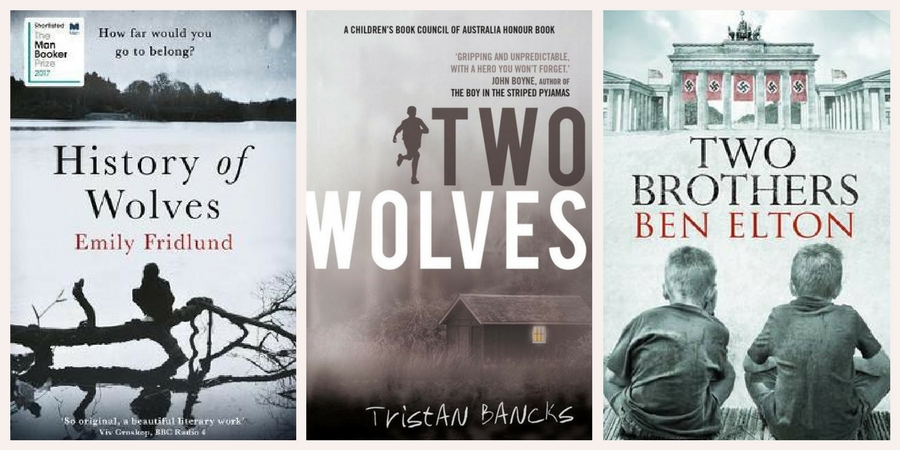 Another book on my to-read list, but not yet on my shelf, is Ambulance Girls under Fire by Deborah Burrows. Like Two Brothers, it’s set during the Second World War, although in England. I’ve read all of Deborah’s previous books, and I am very much looking forward to her latest one being published.

Natasha Lester’s new book The Paris Seamstress is also due for release soon. This novel is partly set in 1940, when seamstress, Estella, is forced to flee France as the Germans advance. The other storyline is set in 2015, and introduces Estella’s granddaughter, Fabienne.

If we jump back in time to the First World War, I would also like to read Colin Duriez’s biography, CS Lewis: A Biography of Friendship. I’ve been researching my family’s military history in the UK, and recently  learned my great-grandmother and her sister volunteered at the No. 6 British Red Cross Hospital in Etaples, France in the latter part of 1918. It’s the same hospital in which CS Lewis was treated after being wounded in April 1918. The timing means it’s highly unlikely the girls would have crossed paths with the then unpublished Lewis, but how’s that for (less than) six degrees of separation?! 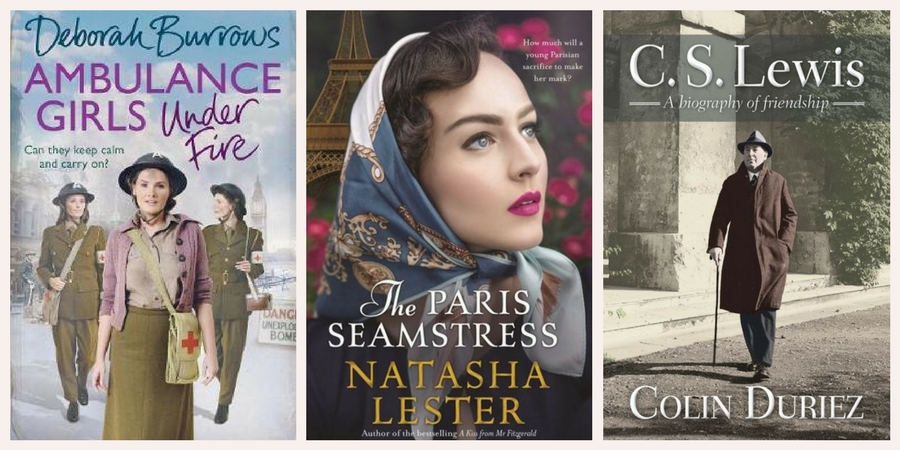 This month I unwittingly began and ended with war. From the time of the American Civil War, I’ve moved into contemporary fiction with young people at the centre. From there I travelled to the Second World War before stepping back even further in time to the war that was supposed to end all wars. All form part of my TBR pile for 2018.

Where has Six Degrees of Separation led you?

Let me know in the comments, or post a link to your own blog post – and don’t forget to head over to booksaremyfavouriteandbest to see where Kate ended up (as well as links to other participants).

Next month, we’ll be starting with The Beauty Myth by Naomi Wolf, which caused controversy in the 1990s, and from memory was on my university reading list – I think I already have my first link in the chain, but you’ll have to wait until Saturday 3 March 2018 to find out where it leads me! 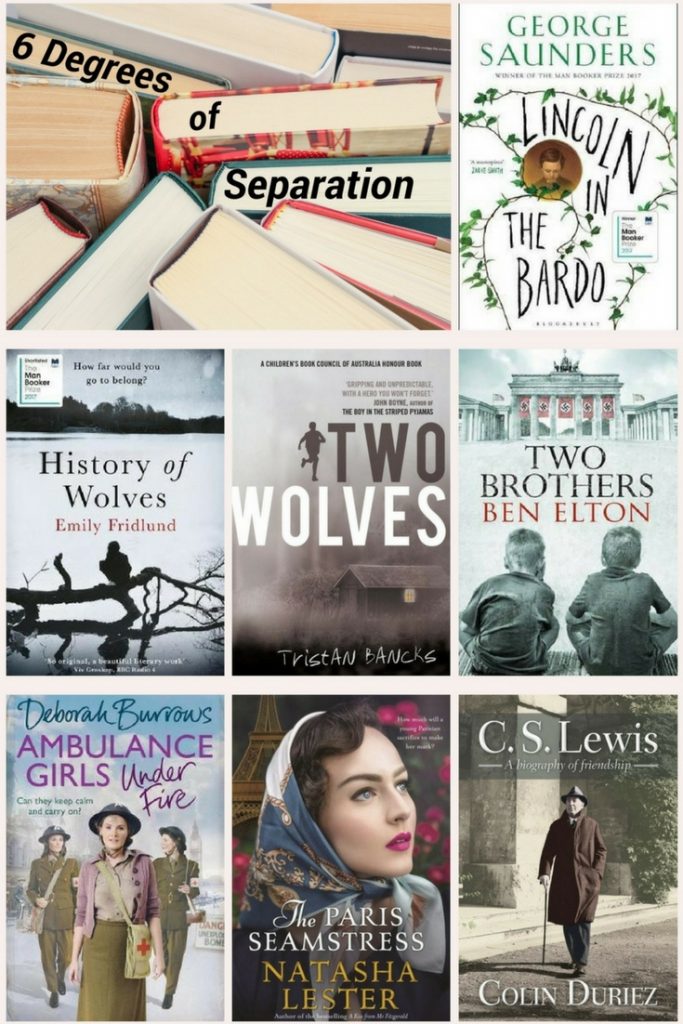 Previous 6 Degrees of Separation: From No. 1 Ladies’ Detective Agency to …
Next Writing Competitions for Young Writers in Australia: February to July 2018