6 Degrees of Separation: From No. 1 Ladies’ Detective Agency to … 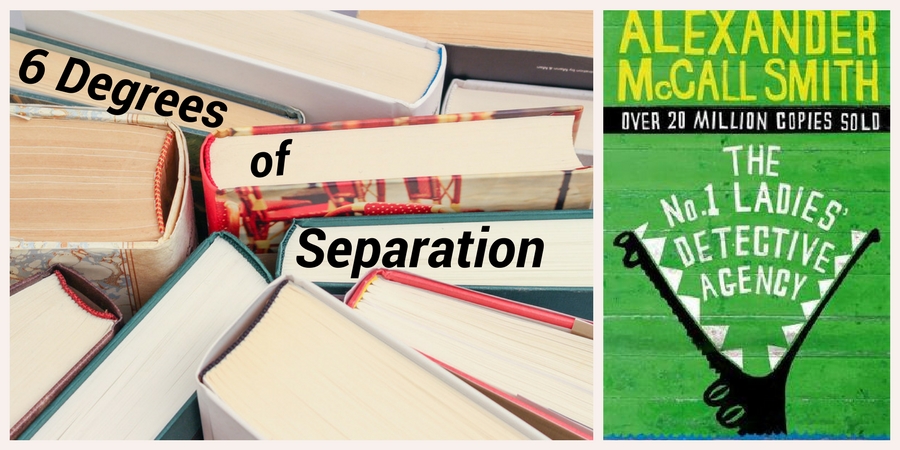 It’s time for the first Six Degrees of Separation for 2018. If you’ve just tuned in, let me briefly explain. Each month, Kate from booksaremyfavouriteandbest provides us with a book title, and then we link it to six others in any random way our mind makes connections. It’s easy and fun, so please play along at home!

This year, we’re kicking off with The No. 1 Ladies’ Detective Agency by Alexander McCall Smith.

I saw the television series of The No. 1 Ladies’ Detective Agency on the ABC before I ever read the novel, but I loved the main character Precious Ramotswe.

I also enjoyed watching Call the Midwife, based on the memoir of Jennifer Worth. I’ve just binge-watched the last series, which is set in the 1906s, but I initially became interested because the early series (and book) was set in the aftermath of the Second World War. At the time I was researching my own book, Many Hearts, One Voice, which begins during the same time period.

I’ve just finished reading The Maggie Bright by Tracy Groot, also set around the time of the Second World War, specifically when civilian watercraft were called on to help rescue soldiers from Dunkirk.

The Maggie Bright also tackles the issue of medical experimentation by the Nazis, particularly those carried out on children with disabilities. If I recall correctly, one of the storylines in Liam Pieper’s The Toymaker also explores the way the Nazis experimented on people in the concentration camps. 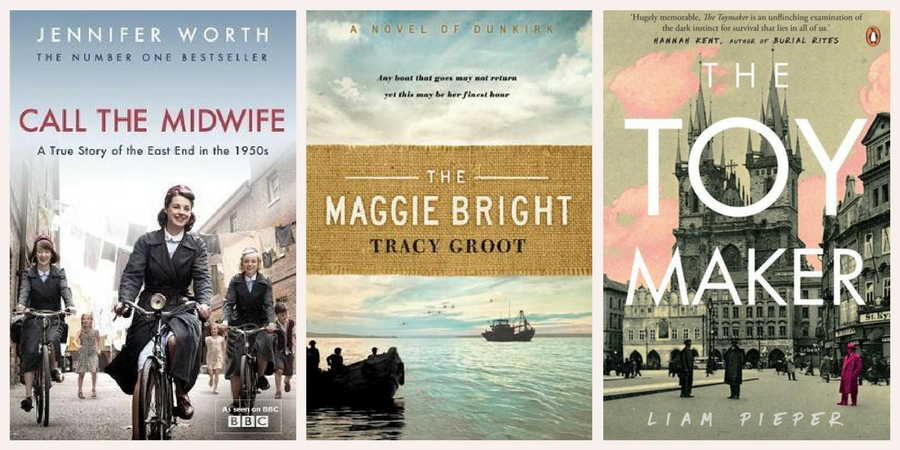 Liam Pieper attended the Perth Writers’ Festival last year and agreed to meet with my bookclub to discuss his novel. It was an engaging discussion over a glass of wine, and we were thankful for his generosity of time. One of those bookclub members is Louise Allan, whose debut novel The Sister’s Song was released into the world this past week. I’m so excited for Louise, and it really is a fabulous book worth reading. In case you think I’m a little biased, feel free to check out the myriad reviews already – plus it’s already gone to reprint.

The next link in my six degrees chain, via the word ‘song’ in the title, is Dicey’s Song by Cynthia Voigt. I think my grandmother gave it to me, and I thought I still had it on my bookshelf, but when I went to find it, I discovered Winter Song by Dorothy Oxley instead, which I confess I don’t remember reading. But both books were published in 1983, so perhaps I read them about the same time.

However, since I cannot find an image of Winter Song anywhere, I’m going to link to another book I know my grandmother gave me – Treasures of the Snow by Patricia St John. Maybe it’s time for a trip down memory lane! 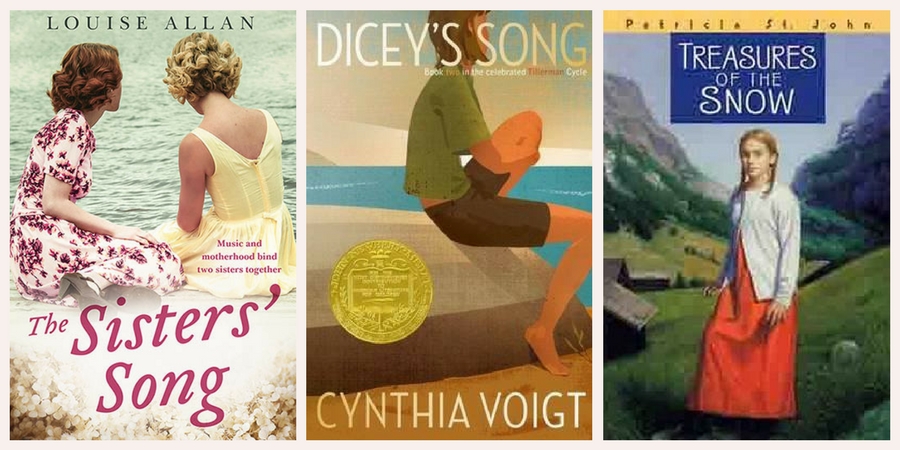 I started with a contempory novel set in Botswana with a strong female protagonist before heading to the Second World and its aftermath. I detoured briefly to the 1980s before ending back in post-war Europe and a lesson in forgiveness.

If you want to check out where it led others, head over to Kate’s post at booksaremyfavouriteandbest  where you will find links to other Six Degrees participants.

Next month – 3 February 2018 – we’re beginning with  Lincoln in the Bardo by George Saunders. According to Kate, it made 23 Best Books of 2017 lists, so perhaps it’s worth checking out! 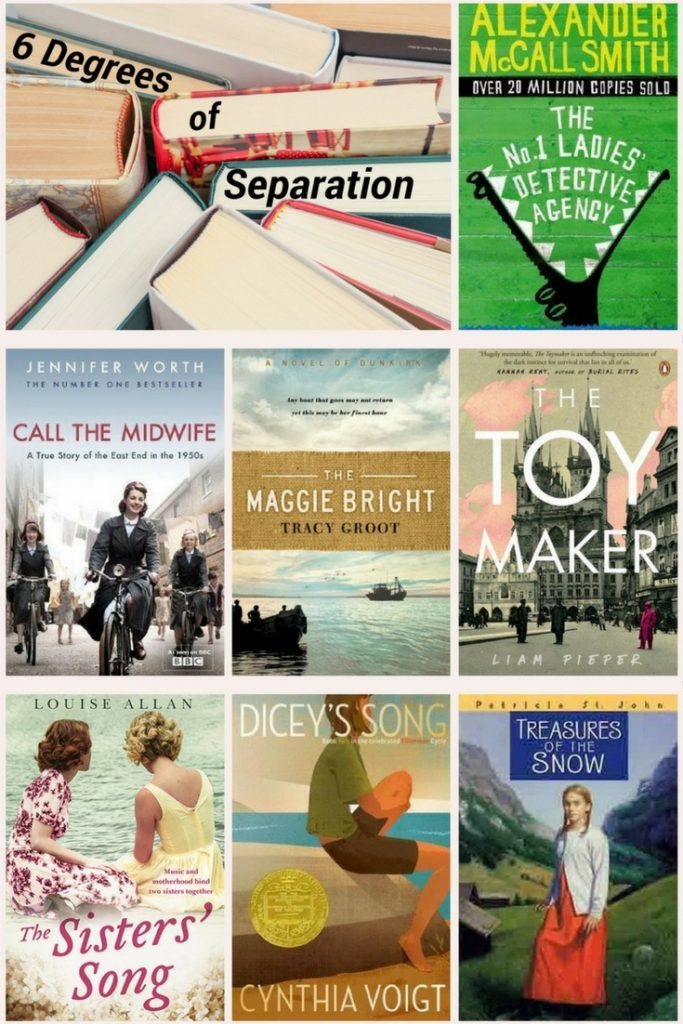