6 Degrees of Separation: From Normal People to Phosphorescence 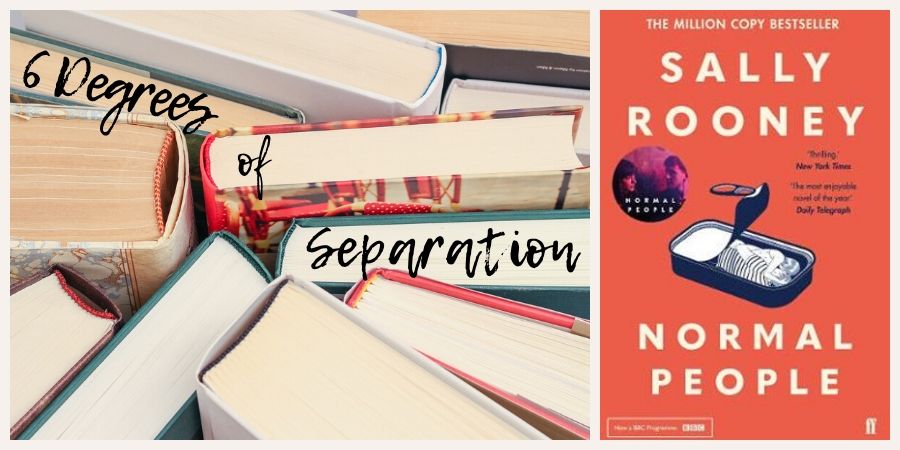 Welcome back to Six Degrees of Separation, where Kate from booksaremyfavouriteandbest provides the name of a book, and we link it to six others in whichever stream-of-consciousness way our brain happens to work. It’s easy and it’s fun, so join in!

This month, we’re starting with Normal People by Sally Rooney.

I read Normal People after receiving it as a gift one Christmas. It was one of those books that felt ‘real’, which also meant there were some uncomfortable moments. This was mainly because the relationship between Connell and Marianne reminded me of some of the stupid choices I made as a teenager and uni student, usually borne out of my own insecurities.

I haven’t watched the television series of Normal People yet, but I am currently watching Dear White People, which is based on a book, which was based on a film of the same name.

I’ve also been watching Good Trouble, a follow up to The Fosters, starring Australian actress, Maia Mitchell. One of the story lines contains parallels to the current Black Lives Matter movement, and one of the characters is reading White Fragility after being challenged about her unconscious assumptions.

White Fragility has appeared on a number of reading lists during the Black Lives Matter protests, as has Just Mercy by Bryan Stevenson, which I bought after hearing him deliver the closing address at the 2015 Perth Writers’ Festival. 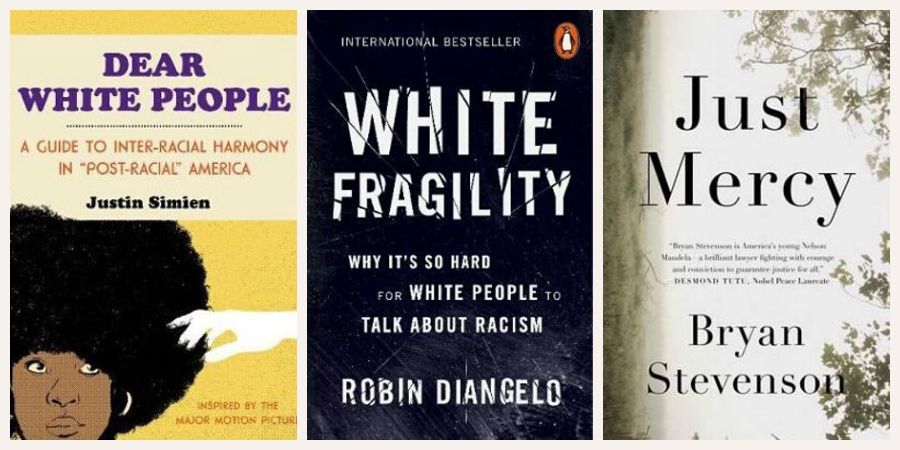 Another book I bought as a result of listening to a Perth Writers’ Festival closing address is The Battle for Home: The Memoir of a Syrian Architect by Marwa Al-Sabouni. As the sub-title suggests it’s an eye witness account of a young architect based in war-torn Syria.

I have just started reading We Can’t Say We Didn’t Know by Australian journalist Sophie McNeil. This book also includes compelling eye-witness accounts of the war in Syria, as well as bearing witness to the bravery of ordinary citizens in the face of unbearable devastation and terror.

As suggested by many of the previous titles, there is currently so much heart ache in the world that it can be difficult to know what to do, or how to maintain hope. Julia Baird’s Phosphorescence: On Awe, Wonder and things That Sustain You When the World Goes Dark offers some gentle insight. Given the length of time the writing, editing and publishing process takes, Julia was clearly thinking about these ideas long before the events of 2020, but it made a timely arrival about the same time as COVID-19. 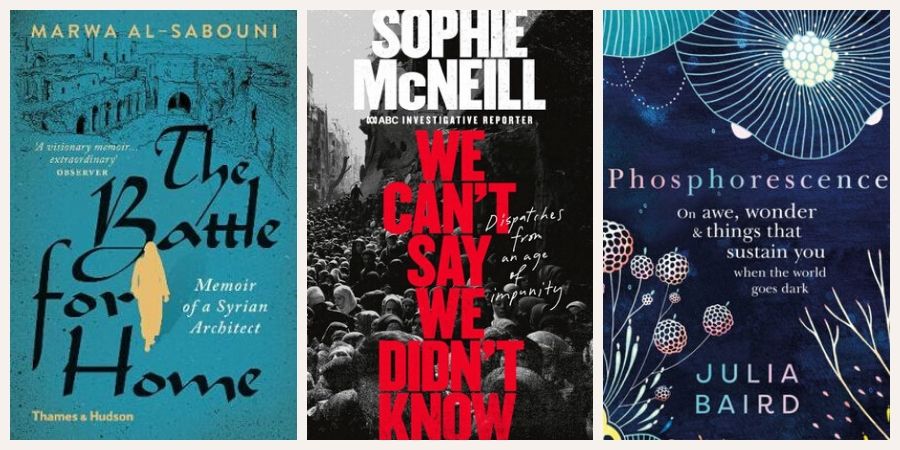 This month’s bookish six degrees of separation very quickly took a serious turn, and although I’m glad to have ended on a more hopeful note, I do wish I’d had the chance to link to more Australian titles worth reading during the growing awareness and action in relation to Black Lives Matter. But perhaps that’s a whole other post.

Head over to booksaremyfavouriteandbest to find out where it led other participants.

And next time, we’ll be starting with with What I Loved by Siri Hustvedt. 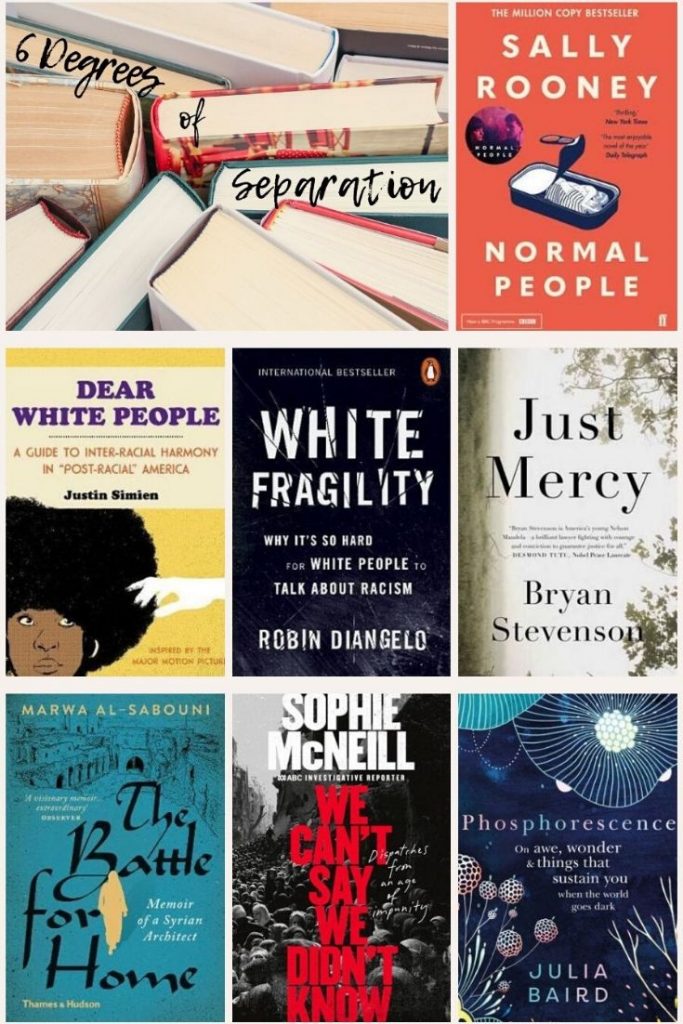