6 Degrees of Separation: From The French Lieutenant’s Woman to … 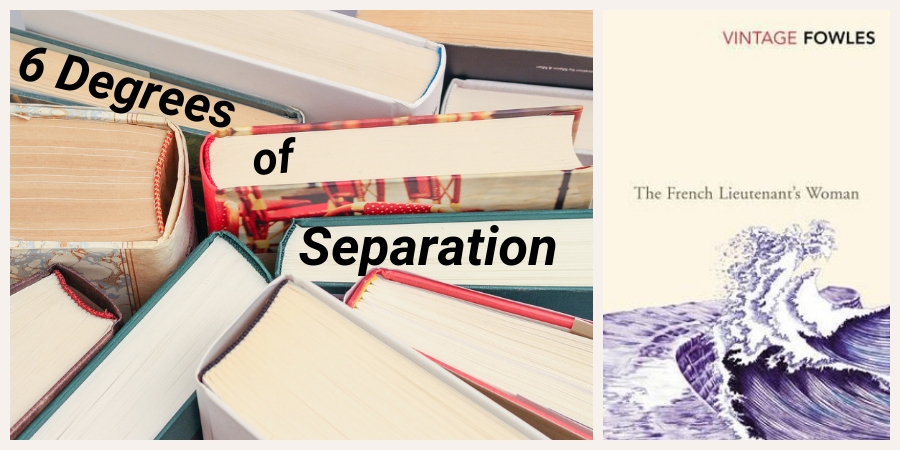 It’s time to play Six Degrees of Separation for the first time in 2019. We’re talking about the bookish meme in which Kate from booksaremyfavouriteandbest suggests a book title, and we all link it to six others in any random way our minds choose to make connections. It’s easy and it’s fun, so please play along at home.

This month’s starting book is The French Lieutenant’s Woman by John Fowles.

Australian author Natasha Lester has a soon-to-be-released novel with ‘French’ in the title. The French Photographer is inspired by the true story of Lee Miller, a Vogue model who became one of the first female war photojournalists during the Second World War.

Deborah Burrows is another Australian author about to release a book set in the Second World War. Ambulance Girls at War is the third in a series set in London during the Blitz. I’ve really enjoyed the previous titles in this series, as well as Burrows’ other books set in Australia during the same time period.

I am currently reading other books about the Second World War, including War in Val d’Orcia: an Italian War Diary 1943-1944. As the title suggests, this is the war diary of Iris Origo, a British-born biographer and writer, who lived much of her life in Tuscany. Origo and her husband sheltered many refugee children as well as helping escaped Allied prisoners of war and partisans. 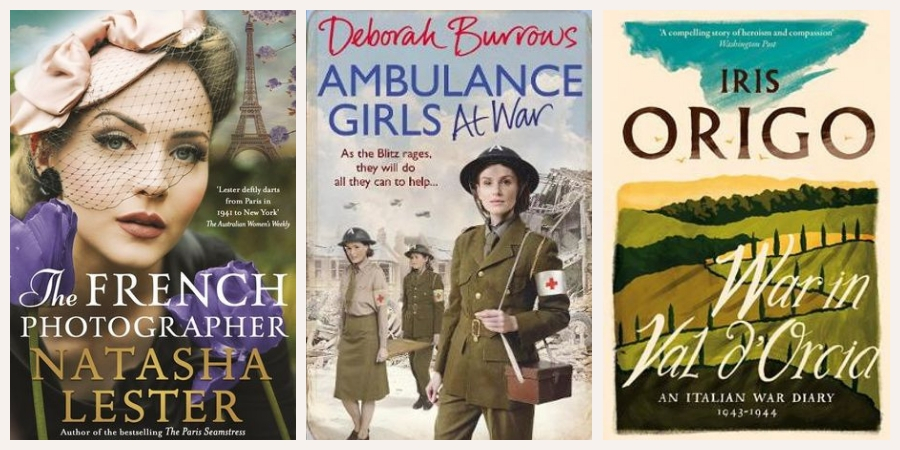 Also set in Tuscany is The Florentine Bridge by Vanessa Carnivale, a contemporary novel about a young artist who has overcome cancer, but is left depressed and fearful by the experience. When an opportunity to travel to Florence arises, she grabs the chance for a new start.

The notion of bridges leads me to Markus Zusak’s new novel Bridge of Clay, which has been published 13 years after his wonderful novel The Book Thief. According to one interview, Zusak was ‘crippled by self-doubt and weighed down by expectation’ as he tried to write it. He says, ‘Nothing I did was working. I was just failing and failing, over and over again.’

Marcella Polain’s Driving into the Sun is another novel which has been more than a decade in the making, and which I’m looking forward to reading when it’s released next month. 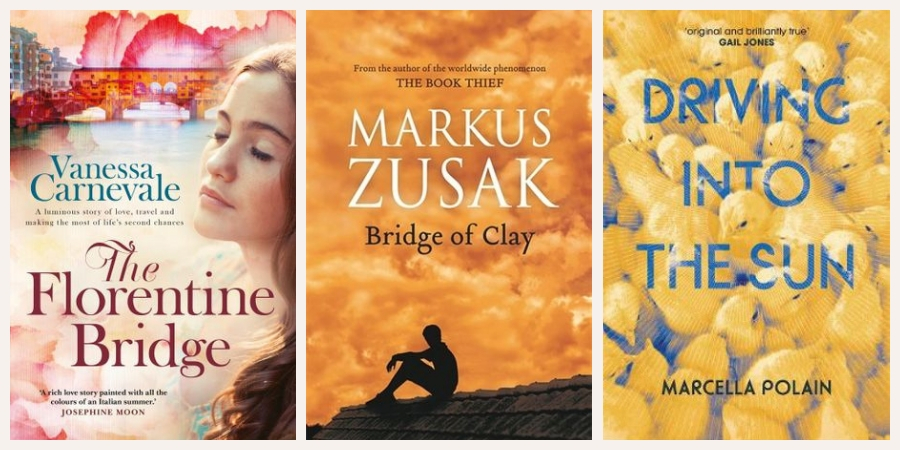 This month, I’ve mainly focused on books I’m adding to my to-read pile for 2019, with a couple I’ve enjoyed recently. I began in Victorian England before travelling to France, London and Italy during the Second World War. I finished in slightly more recent times, with my final book being set in 1968.

Where will other chains go? Let me know where your Six Degrees of Separation led you, by posting in the comments section, or link to your own blog. You can also connect with other participants by heading to Kate’s post on booksaremyfavouriteandbest. 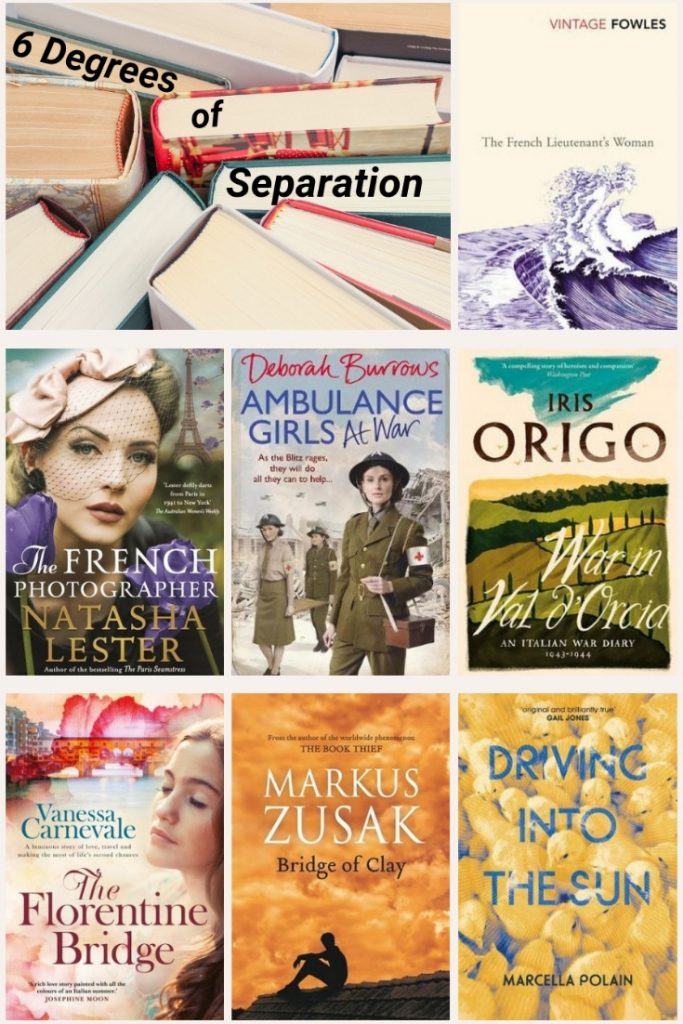 Previous The Cost of Speaking Up
Next Creative Writing Prompts #2 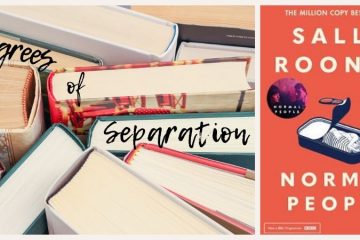 6 Degrees of Separation: From Normal People to Phosphorescence June 9, 2020