6 Degrees of Separation: From The Slap to Half the Sky 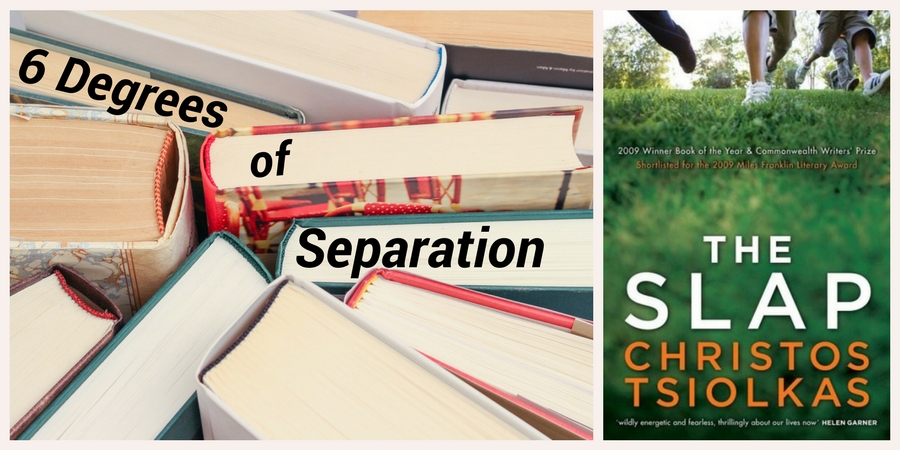 Welcome back to Six Degrees of Separation, the bookish meme where Kate from booksaremyfavouriteandbest nominates the title of a book, and we link it to six others in whatever random ways they connect. Each person’s chain will look different, and that’s half the fun – so join in and see where your links lead.

This month’s starting point is The Slap by Christos Tsiolkas. I read The Slap quite some time ago, but remember being both frustrated by it and compelled to keep reading; however, I confess I didn’t see the television version through to the end.

A more recent book to television adaptation is Big Little Lies by Liane Moriarty, which has raised numerous conversations and articles about domestic violence.

Kathryn Heyman’s new novel, Storm and Grace also explores domestic violence and has been described as ‘a slow and sinister burn’. This one’s on the top of my to-buy list.

Linking via a name in the title, Alias Grace by Margaret Atwood, is based on a true story of Grace Marks, who emigrated from Northern Ireland to Canada as a 13-year-old in 1840. At 16, she was convicted of murder. 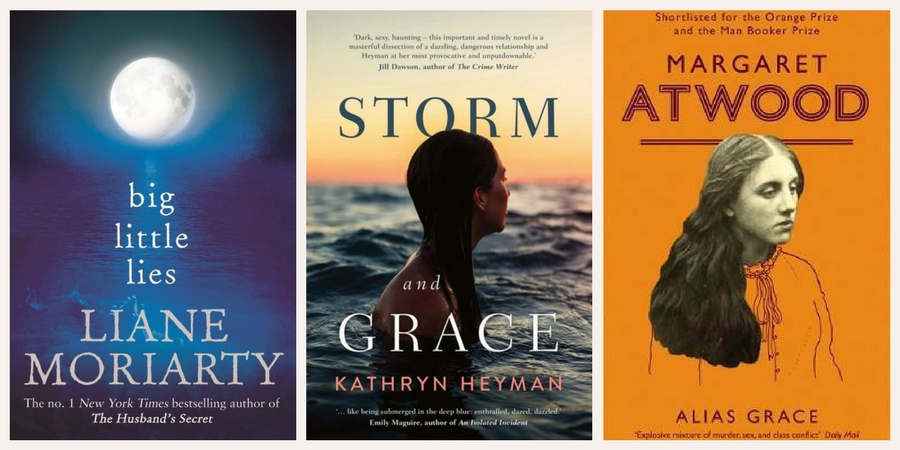 Travelling from the past to a dystopian future, we are connected to another Margaret Atwood book, The Handmaid’s Tale. Both of these Atwood books have also been adapted for television, although that wasn’t my intentional link here.

The refugees on Manus and Nauru must feel they are living in some nightmarish dystopian future, only it is their current lived experience. Some of them have contributed to the book They Cannot Take the Sky, which includes stories in their words, not only daily struggles, but also reflections on love, death, hope and injustice.

Interestingly, They Cannot Take the Sky has a foreword by Christos Tsiolkas, so we’ve almost come full circle, except it would only be five degrees of separation, so I’ll add one more through both word association and the colour of the cover – Half the Sky: Turning Oppression into Opportunity for Women Worldwide by Nicholas D. Kristof and Sheryl WuDunn. 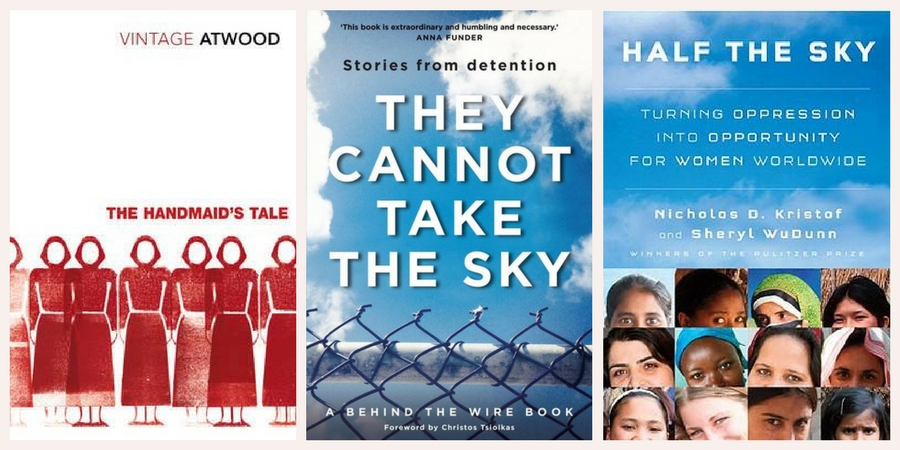 So, I began with a group of middle-class friends absorbed by their first world problems, to the issue of domestic violence, back to the past and into the future, and ended with the reality of life for many refugees and women around the world.

Where will 6 Degrees of Separation take you this month? 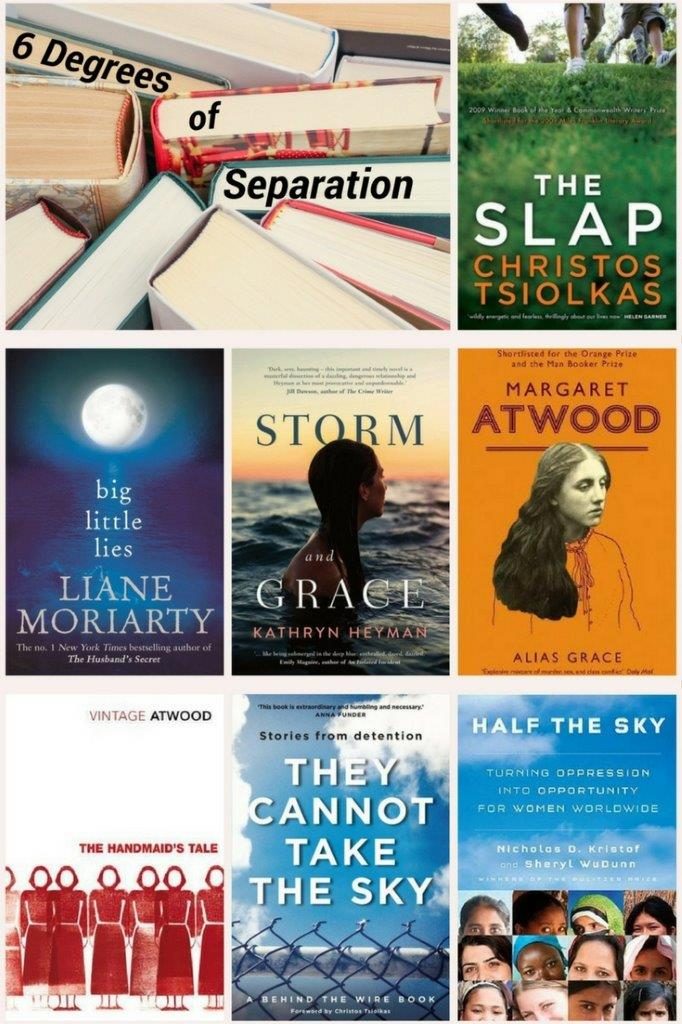