6 Degrees of Separation: From Where am I Now to Many Hearts, One Voice 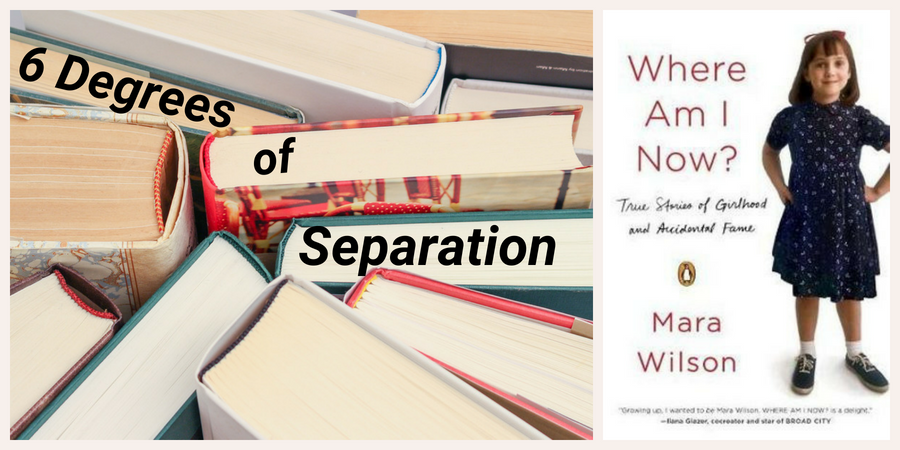 Welcome back to Six Degrees of Separation, that literary meme where we take the title of a book and we link it to six others in any random way our mind wanders. Each book only needs to link to the one immediately preceding it, and it’s a lot of fun, so please join in!

Six Degrees is hosted by Kate and booksaremyfavouriteandbest, and this month, she’s allocated Where Am I Now? by Mara Wilson, as our starting point.

Where am I Now? is a collection of personal essays by the former child actress who starred in films such as Matilda and Mrs Doubtfire.

Another book with a question mark in its title is one from my childhood – Are You My Mother? by P.D. Eastman. I’m sure that as a kid, I thought this was another Dr Seuss book.

Even though my children are much older now, I’ve hung on to my Dr Seuss collection, including an Italian version of Oh, the Places You’ll Go!

I also have a copy of John Marsden’s Tomorrow When the War Began in Italian. I’d borrowed it from the library, realised my Italian was nowhere good enough to read it, then lost it before I could return it. Only after I paid for a replacement copy did I find it hiding on one of my bookshelves. So, I had to keep it. 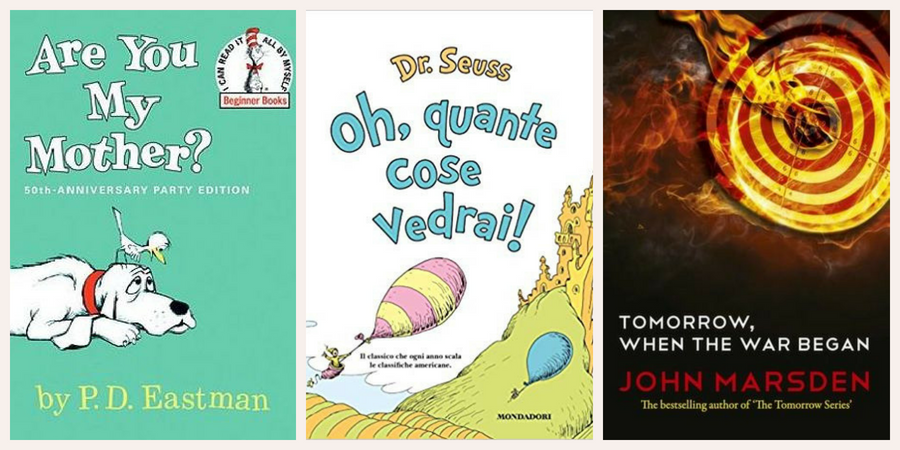 A book about Italy, but in English, is Villa Triste by Lucretia Grindle. Set in Florence during the Second World War, two sisters find themselves surrounded by terror and death. In the midst of this, the partisans rise up to resist the Nazi occupation.

Western Australian surgeon, Colonel Leslie Le Souef, became a prisoner of the Germans, when the Allies capitulated on the beaches of Crete in 1941. Le Souef had actually been offered a berth on one of the few evacuating ships, but refused to leave while there were injured men to help. As a result he spent the rest of the war in a prisoner-of-war camp, but saved many lives during that time. In my opinion, his autobiography To War Without a Gun should be more widely known.

Le Souef’s wife, Marjorie, was the founding state president of the War Widows’ Guild in Western Australia. She is one of the many tenacious and determined women whose stories I share in Many Hearts, One Voice. United by grief, and a need to recreate their future, these women banded together to challenge the status quo. I wouldn’t normally include my own writing in a Six Degrees of Separation post, but it just happened this month! 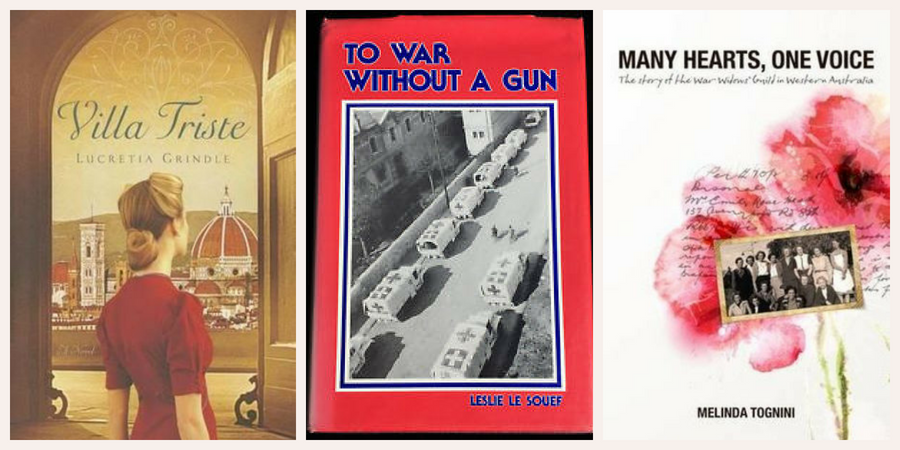 I began with a book written by an American child star, but quickly moved to stories read by children. I then travelled across the world to Italy and elsewhere to find stories of war, courage and determination, qualities which are revealed in extraordinary ways – and not always by those with the guns.

Let me know in the comments, or send me a link to your post on your own blog. You can also head over to booksaremyfavouriteandbest, where you will find links to the chains of other participants. 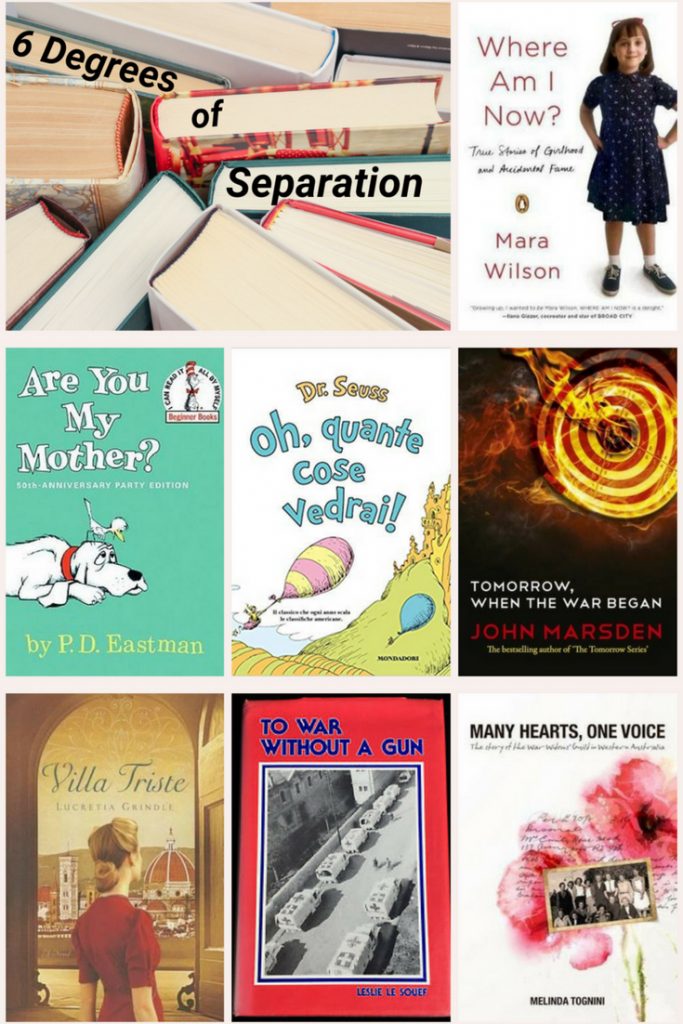