6 Degrees of Separation: From Wilder Country to Always Another Country 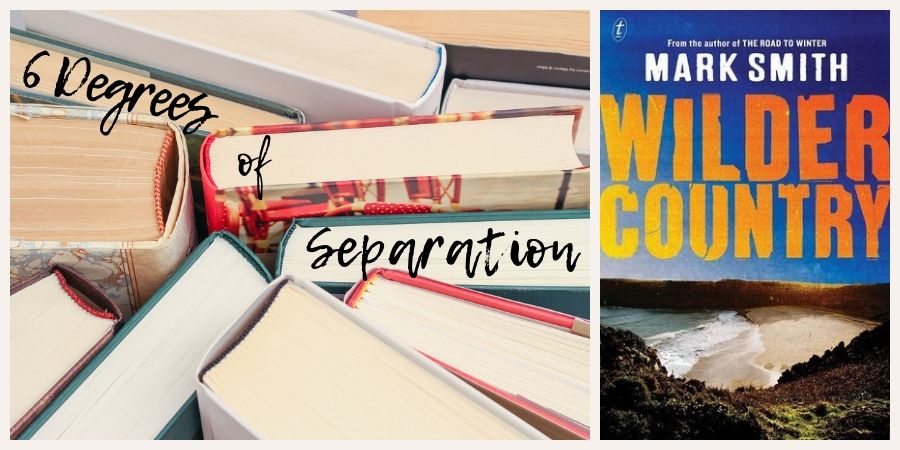 Six Degrees of Separation is a literary meme hosted by Kate from booksaremyfavouriteandbest. Each month, Kate provides a starting book title, and then participants link that to six other books in whatever random way the mind decides to make connections.

My links are usually in the form of either reading recommendations or books on my ever-growing to-read pile. It’s usually the closest I get to publishing reviews, so it’s a pretty good way to find out the diverse range of books I’ve enjoyed  – or anticipate enjoying.

Instead of providing us with a title this month, Kate’s invited us to begin with the book that completed our last chain or the last book we read. So, I’m starting with Wilder Country by Mark Smith, which I bought and devoured after hearing the author speak recently.

Wilder Country is the sequel to Smith’s debut novel, The Road to Winter, which my daughter is currently reading – and I’m so excited she’s finally old enough to read and appreciate the series (there’s also Land of Fences to round out the trilogy).

Mark Smith was a guest at an event at Centre for Stories in Perth, where he was interviewed by Alicia Tuckerman. Her YA novel, If I Tell You, was recently shortlisted for the Western Australian Premier’s Book Awards.

If I Tell You is in my TBR pile, as is Invisible Boys by Holden Sheppard. Earlier in the year, I included Invisible Boys on my 19 More Books to Read in 2019 post, but couldn’t include an image, because the cover hadn’t been revealed yet. It has now, though, and the book will be released later this year.

Both books deal with growing up gay in rural Australia, and promise to be powerful ‘own voices’ on this issue. In the interests of disclosure, Alicia and Holden are also connected in another way – they’re both members of the 5 am Writers’ Club I belong to.

A book on that same 19 More Books to Read list, but which I have now read, is Boy Swallows Universe by Trent Dalton. I was a little nervous starting this book, in case it didn’t live up to the rave reviews I’d been hearing. Once I found my way into it, though, the combination of Dalton’s exquisite use of language and a page turning plot made it difficult to put down. 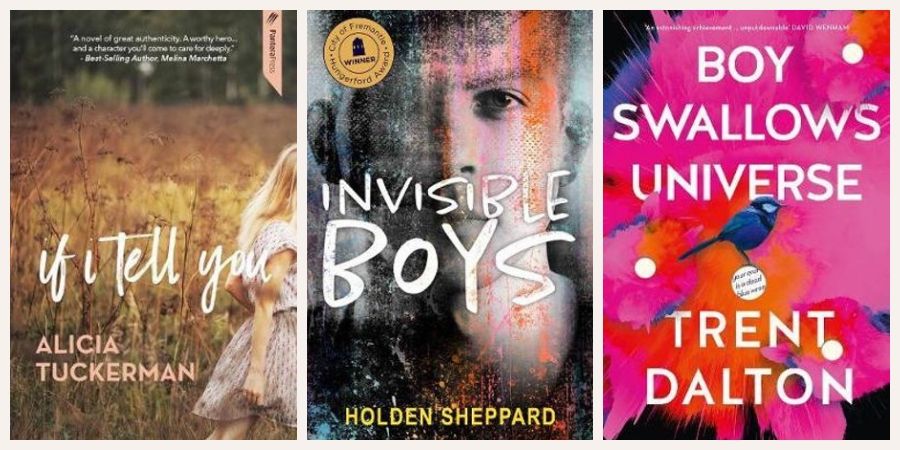 Another book that met expectations is Love and Other Battles by Tess Woods. In this story of three generations of women from the same family, Woods deals with end of life decisions, online image abuse and the impact of the Vietnam War.

As the title indicates, Jean Debelle Lamensdorf’s memoir, Write Home for Me: A Red Cross Woman in Vietnam also deals with the Vietnam War. It offers an unusual perspective on a war that is usually told from the view of the men who served, and I’m about to re-read it as background research for a story idea I’m exploring.

Always Another Country by Sisonke Msimang is also a memoir, and has been on my TBR pile for a while. It’s just shot to the top, though, after my 96-year-old grandfather, who has always been an avid reader, told me it is well told and beautifully written. 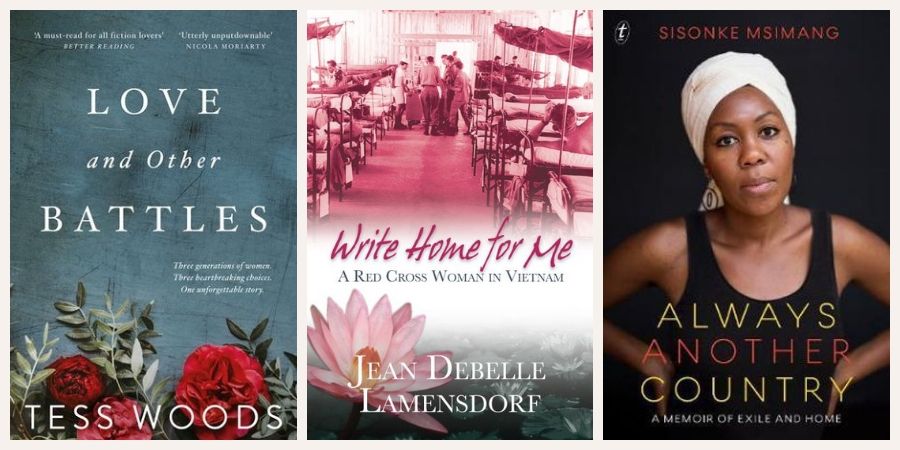 Although it was by no means intentional, my first and last links in the chain are connected through their titles. This month I travelled from a Dystopian future ravaged by a virus, to teenagers coming to terms with their sextuality in rural Australia. All the other books have connections to Australia, too. I travelled to Brisbane, Queensland and St Kilda in Victoria, with a detour to Vietnam. Finally, I followed Msimang’s winding path that took her from Africa to America and back again, before she, too, found herself in Australia.

Where will Six Degrees of Separation lead you? Will you stay in one country, or travel all over the world and across time?

Let me know by including your chain in the comments, or by publishing your own post and sharing the link. You can also head over to booksaremyfavouriteandbest, where you’ll find links to the chains of other participants. 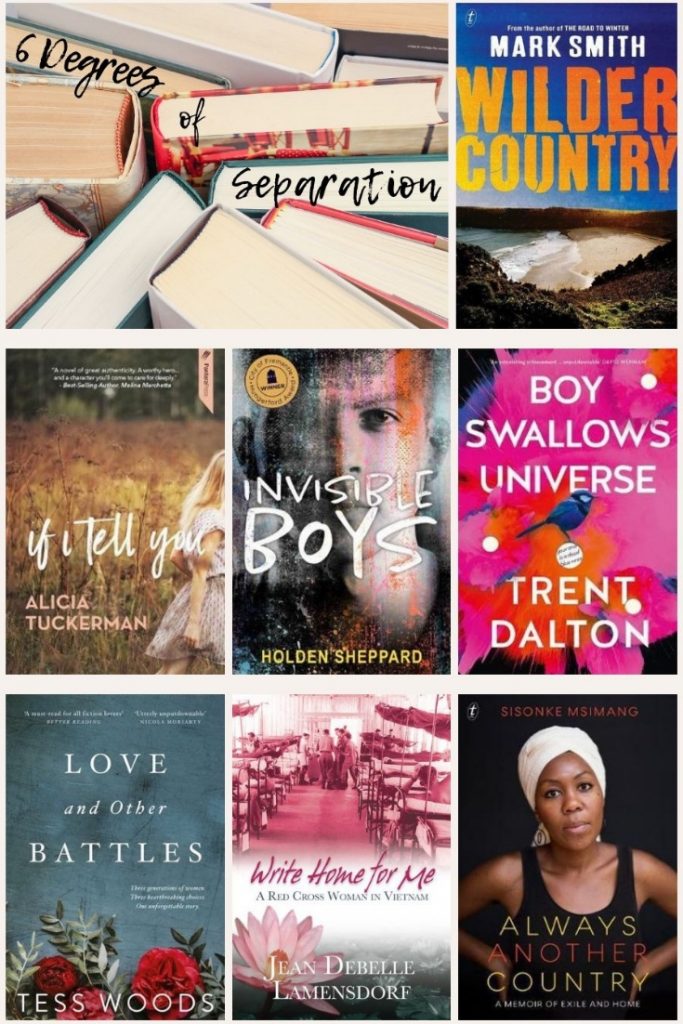 Previous Writers in Exile #3: Judith Kerr and the Difference a Day Makes
Next Creative Prompts #5 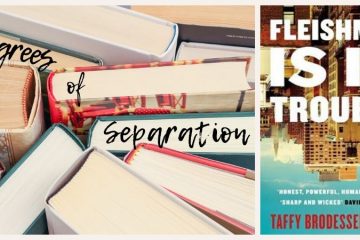 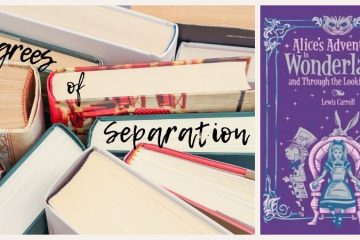