6 Degrees of Separation: The Arsonist

Welcome back to Six Degrees of Separation in which Kate from Books are my Favourite and Best provides a starting title and we link that book to six others in any way we damn well please.

This month, we’re starting with The Arsonist by Chloe Hooper.

Chloe Hooper was recently a guest at Perth Writers Week. Although I attended a number of panel discussions, I missed both of her sessions due to programming conflicts. In fact, I felt like I spent most of the weekend trying to choose between two or more equally interesting sessions.

While I missed hearing Chloe Hooper speak about The Arsonist, I did attend Karen Foxlee’s session about her novel, Lenny’s Book of Everything. I really enjoyed hearing about her writing process and how she formed connections between seemingly unconnected elements (a boy who is ‘different’ in some way and a set of encylopedias).

Lenny’s Book of Everything has a young girl at the centre of the story, as does Marcella Polain’s Driving into the Sun, which begins in 1968. Young Orla is on the edge of adolescence when her father dies suddenly.

Like Marcella Polain, AJ Betts is also from Western Australia. Her latest novel for young adults is Hive, a dystopian fiction in which the community is highly structured, and resembling a bee hive. 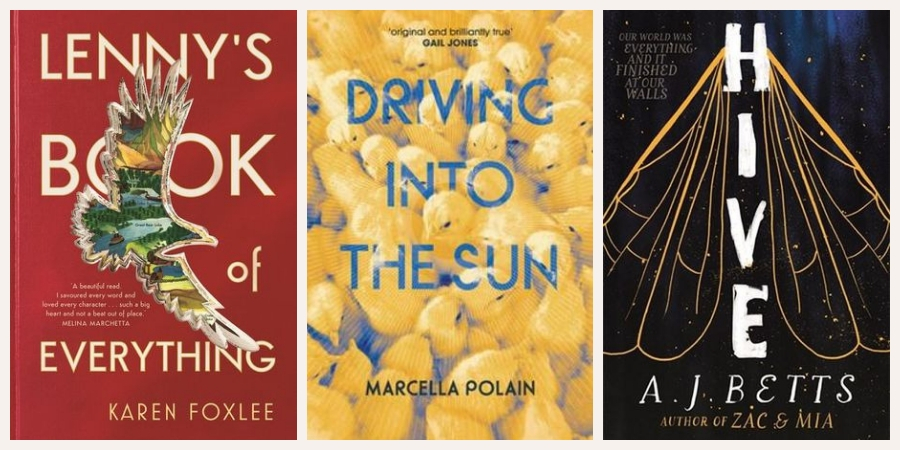 Another YA novel I’d like to read is Bonesland by Brendan Lawley. Lawley’s debut novel is about a boy who can’t wait to escape his small town – until an intriguing girl comes into his life and changes everything. Although I now look back on my time of living in the country with fondness and nostalgia, I do remember counting down the days until I could leave home for a new life in the city.

A book that takes me to an even earlier time in my life is Meg McKinlay’s novel, Catch a Falling Star, which is set against the backdrop of Skylab falling in 1979. I was living in Perth at the time, and although I was only in primary school, I do remember people speculating about where and when it was going to fall to Earth.

Catch a Falling Star was one of the books I included on my list of 19 Books to Read in 2019, as was Dervla McTiernan’s The Scholar. The Scholar is the second in a series about Irish detective Cormac Reilly and set in Galway. If you love a good crime novel with complex, but likeable characters then I highly recommend you check it out. 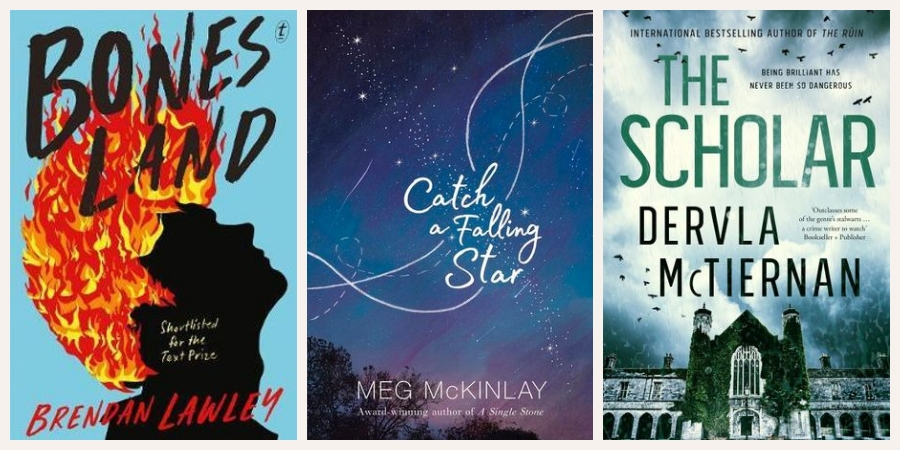 This month has had a decidedly Perth Writers Week flavour – all authors mentioned appeared at this year’s festival. While some of the stories have been set a contempory time period, I’ve also travelled back to the 1960s and 1970s, and then forward to a dystopian future. I did eventually leave Australia, though, in order to visit Ireland for my final link in this month’s chain.

Reading really does its own special power to transport us through time and space.

If you’d like to know the myriad directions it has taken other readers, head over to Books are my Favourite and Best, where you will find links to other chains.

Next month’s Six Degrees of Separation will start with Ali Smith’s award-winning novel, How to be Both on 6 April 2019. Have you read it? 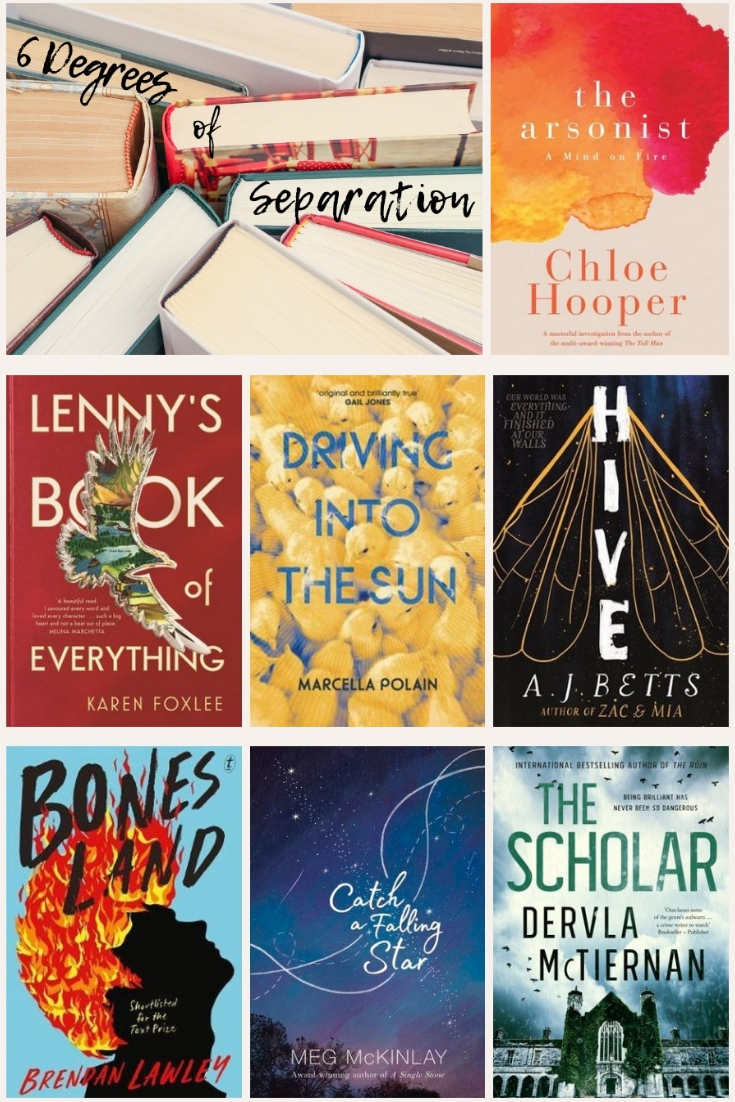