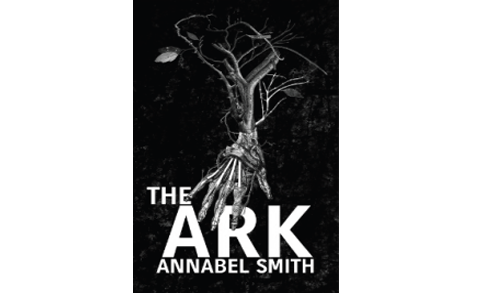 Annabel Smith has created a disturbingly plausible world in her latest novel, The Ark, which is set later this century in a post peak oil Australia. An underground bunker, aka the Ark, has been established to preserve five billion seed specimens. As violence and lawlessness (known in the book as the Chaos) increase, 26 people consisting of Ark employees and their immediate families, are locked in the bunker to protect themselves and the seeds in their care.

While The Ark is dystopian in nature, its structure is somewhat unconventional. The novel is divided into two parts: the first when the inhabitants arrive in the Ark and the second when the surviving inhabitants are finally offered an opportunity to venture outside. It is written entirely as a series of documents, some of which include new forms of communication as imagined by the author, and the reader is privy to the archives that have been recovered from the Ark decades later.

This narrative structure enables the inclusion of multiple points of view and immediately raises doubts abut whose perspective can be believed or trusted. Is it necessary to seal the Ark to protect the seeds and team members from the Chaos, as argued by charismatic project manager, Aiden, or are there other reasons he is failing to disclose? Are Ava’s concerns justified or is her mental health in question? The gaps in the record become as important as what is included when it comes to determining where the truth lies.

The Ark is available in paperback and as an e-book, but part of Smith’s innovation is the development of an app which enables readers to interact further with the story. Readers can tour the bunker, read news articles and blog posts that provide a sense of time and place, and even contribute comments and fan fiction.

Although The Ark is not a young adult novel per se, I see potential for introducing this text into classrooms as a launch pad into issues and skills such as sustainability, communication, human behaviour, characterisation, inferred meaning, archival research and source analysis. Students can then explore the app, adding their own fan fiction, newspaper articles and blog posts, meaning that something that might ordinarily be done as a class assignment can have a different, more purposeful outcome.

With Dystopian fiction already one of the most popular genres among teens (and adults, too!), Annabel Smith’s unusual format may appeal to those students who normally resist reading, particularly the section told from Rosco’s perspective. His blog, Kaos Kronikles, records his time in the Ark, and connects him to those affected by the Chaos, via discussion posts. This raises another question: is it better to be inside or outside the so called sanctuary of the Ark?

Read this compelling and thought-provoking book and decide for yourself.