Light through the Cracks: Why Story and Connection Matter 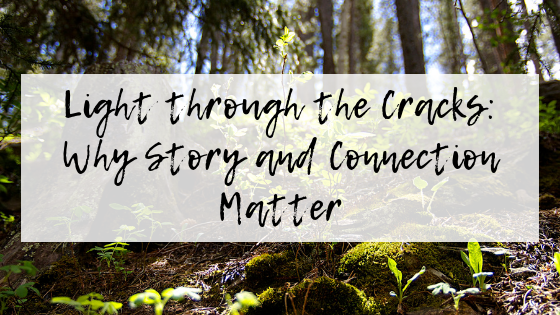 In her poem, “What They did Yesterday Afternoon”, often quoted after tragedy strikes, Warsan Shire asks the ‘whole world’ where it hurts – and it answers, ‘everywhere’.*

The world is hurting.

If we’re honest, it’s been hurting for a very long time, but last Friday that pain become much more difficult to ignore.

It’s not only that New Zealand is just across the ‘ditch’. Nor that the perpetrator of that horrendous terrorist act was an Australian. For me, it hit home watching the emotion on Waleed Aly’s face, heard the catch in his voice as he looked directly into the camera that night. I have friends who are Muslim, and I wondered if they, too, felt less safe now.

It was also the realisation that had it been a different time and place, this could have been the families of some of the children I work with. Children who come from a range of backgrounds and cultures. Children I feel privileged to walk alongside, as we hear their dreams, witness their strengths and encourage emerging talents.

But I quickly realised these kids are all just kids. Even if some of them are experiencing challenges in life, they’re still kids who need to belong and be encouraged, to have someone believe in them, to know they have something to contribute to the world around them.

What broke down those (perceived) barriers?

Now, more than ever, kindness and empathy matter.

Now, more than ever, compassion and connection matter.

Not because it’s easy (although it’s also not as hard as you might think), but because we’ve witnessed the alternative. And it’s destroying all of us.

Fighting hate with hate doesn’t stop the violence; it merely escalates it.

The events in Christchurch has shown yet again that hatred and violence is not the answer. Anyone who thinks it is, is asking the wrong question.

As someone much wiser than I said: 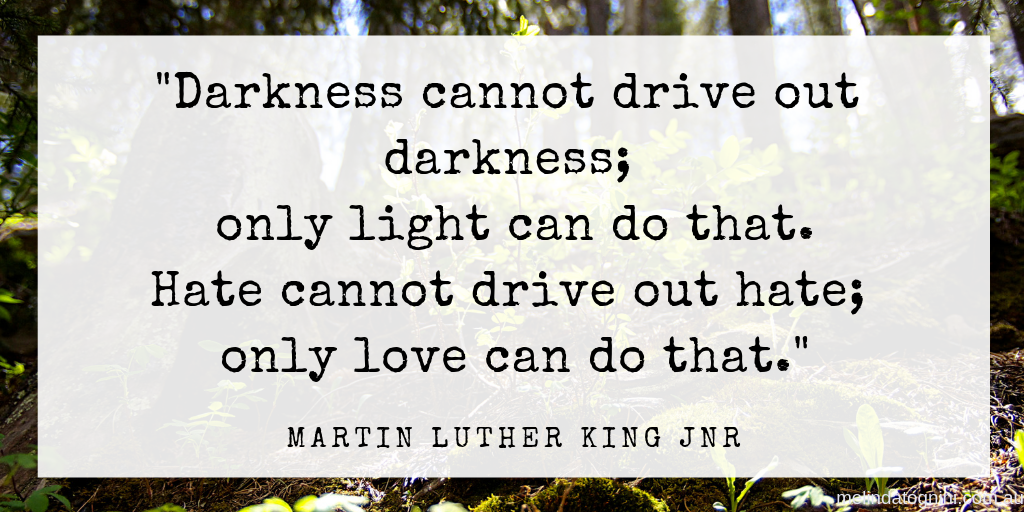 Increasingly, we’ve been persuaded to exercise our right to a voice and to express our opinions. And if someone doesn’t agree with us? Simply shout louder and shut down any dissenting views – with name calling and threats if necessary.

When I was researching Many Hearts, One Voice, I undertook 25+ oral history interviews with war widows and/or their families.

25+ opportunities to listen to understand, rather than just biding time to speak. Several times, I played back an interview, only to notice I’d interrupted – and prevented my interviewee from telling me some really signficant detail. It was when I shut up and truly listened that the best stories emerged.

25+ opportunities to ask questions that opened up conversation instead of shutting it down.

25+ opportunities to learn something new.

25+ snippets of history that would otherwise have been lost.

25+ ‘adopted’ aunts and grandmothers who still ask after my kids and my writing whenever I visit the War Widows’ Guild.

‘It’s harder to hurt someone if you know their story.’ 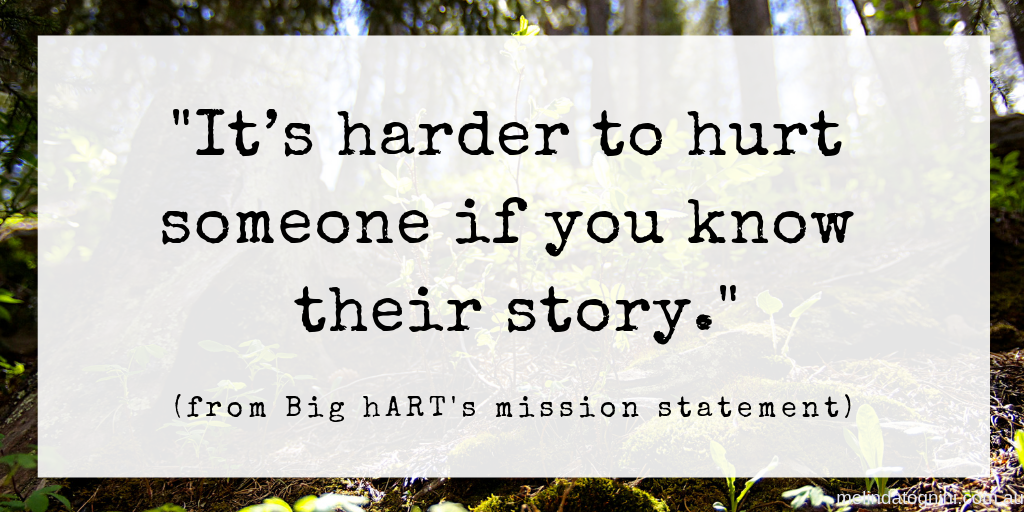 Story connects us to an individual, when previously we saw only a faceless, nameless group.

Story helps us to discover we share more in common than we realise.

Story empowers us to empathise with someone even when their experiences, beliefs or opnions are very different to our own.

Last weekend, my friend, writer and fellow #5amwritersclub member, Holden Sheppard, spoke at a Lifeline fundraiser, sharing his story of wanting to kill himself at 18. Afterwards he said:

“Grown men, several of them older than me … came up to me after I spoke and literally just fell apart sobbing in my arms, and we just held each other. It was one of the most profound moments of my entire life and I will never forget it.”

I recently had a conversation with another #5amwritersclub member, Raihanaty A Jalil, who is Muslim. We had been discussing our early morning writing practices, and she commented that, in addition to a little writing, hers included prayer and meditation. When I told her I wanted to find a similarly regular practice to explore my own (Christian) faith, she offered some wonderfully simple suggestions I was able to adopt.

For five years, my daughter and I have visited an Iraqi man, who has been recognised as a refugee in need of Australia’s protection. He teaches her to play chess, and has offered to one day show my son how to fix his car. He shares stories of life before detention. We witness his ‘cemetery life’, and the injustice, of indefinite detention.

This week, New Zealand Prime Minister, Jacinta Ardern, has hugged, wept with, and listened to Muslims who have lost loved ones in the mass shooting. Refusing to use this for political point scoring, she has instead been present in a community’s grief.

An 89-year-old man, whose wife’s family perished in Auschwitz, visited a mosque in Melbourne to say, ‘Hello, brother.’

And a group of students performed the haka out of respect for the victims of Friday’s attack. Afterwards, students and members of the Muslim community hugged and cried together.

There’s a Crack in Everything

Yes, the world is broken.

And yet, when I hear stories like these, I see hope. There is still so much opportunity – in big and small ways – to discover our shared humanity through connection and empathy.

To paraphrase Leonard Cohen, it’s through the cracks in our broken world, that the light gets in.

* In respect of author copyright, I won’t reproduce Warsan Shire’s poem here but I encourage you to seek it out and read it in full.

Previous Creative Prompts #4: Circus
Next You can Change a Life: Why Mentoring Matters