Magnificent Mistakes and Fantastic Failures: In Conversation with Josh Langley 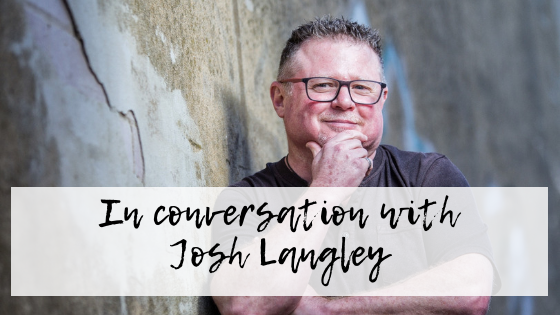 There’s a lot to lament when it comes to social media, but good things can emerge from it, too, such as the opportunity to connect with other members of the writing community. It’s how I met most of my #5amwritersclub crew (although I don’t think any of us are currently writing at 5 am!).

It’s also where I ‘met’ children’s author and illustrator, Josh Langley,  after reading an Instagram post in which he wrote:

You’re allowed to be you, even if you don’t know who you are.
Stand up. And fill the space you’re in … with you.
In all your glorious fabulousness.

I was about to head off to meet with a group of young people through mentoring organisation 12 Buckets, and these seemed the perfect words to leave with them that afternoon.

Since then, Josh’s most recent book  Magnificent Mistakes and Fantastic Failures has been released—into a world where book launches and author talks have had to be cancelled. It hasn’t been easy, but he’s been kind enough to chat to me about his writing process, what inspires him, and how he’s adapting in order to celebrate seeing more of his words and illustrations in print. 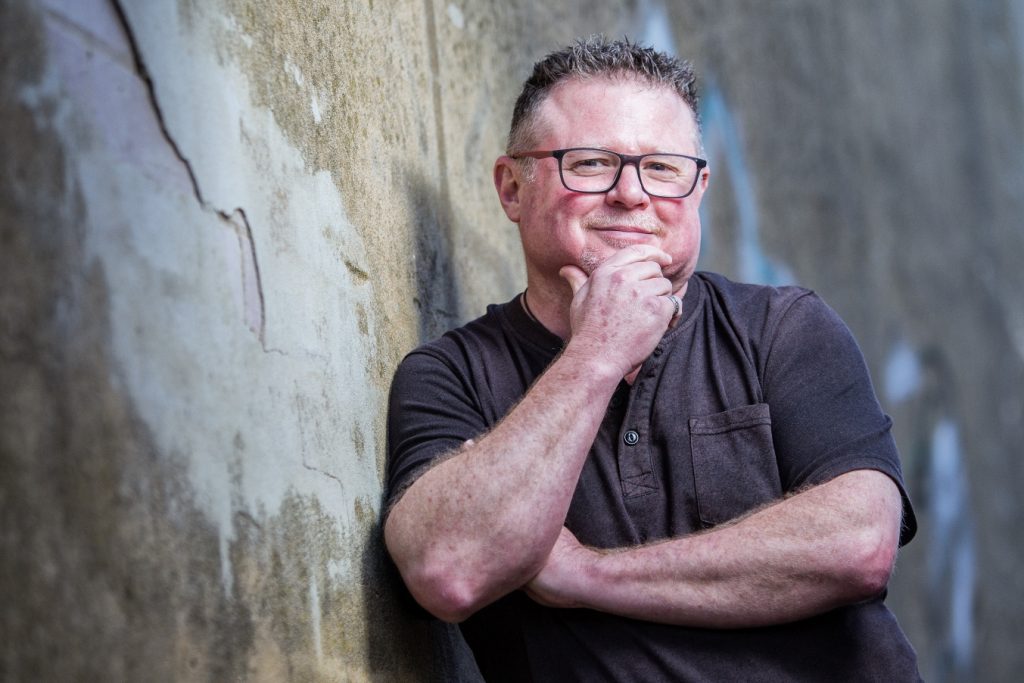 How did you discover that writing was something you loved doing?

There wasn’t any particular moment, as I’ve always been writing. Even as a youngster, I was writing little stories all the time. To me, it’s like breathing; I do it without thinking. But strangely it’s only recently I’ve been comfortable calling myself a writer. I think I equated ‘being a writer’ with someone who writes fiction.

To discover who I am and to connect with other people. In regard to my kids books, I write to heal my younger self, and in doing so, I hope to help kids and parents today.

Where do you write?

How often do you write?

I’m writing all the time. It could be a new non-fiction book, a kids book, a blog post, a social media post, a radio commercial, jotting down notes or writing lists!

I’m learning there are things other than writing. I’m fairly obsessive about it and need to step away and play in the dirt if you know what I mean. Writing is very much a head thing and I need to get out and play some more. But I do like photography, drinking, eating, sleeping and listening to Max Richter on my Bose speakers.

How has the coronavirus impacted your writing and/or related work?

It’s happened in the middle of launching my latest book, Magnificent Mistakes and Fantastic Failures and while it’s sucked big time, I’ve had to adapt, both in how I approach the issue and how I think about it. I had to take the advice of my own book and be more resilient!

The release date was pushed back by over a month and there was so much uncertainty about whether it was even going to be in the shops or available online. So many unknowns were thrown into the equation and being a control freak and having anxiety meant it really did my head in. Also, all my in-store and library appearances were cancelled meaning I lost around 3K in income for that time period.

How have you adapted?

I took all my launch events on line and went on Facebook and Instragram for the first time in my life. I went live with other people on their social media feeds and totally reconfigured how I do things. I even started a YouTube channel for kids, with me reading sections of my book in the same style I’d do at a school appearance.

It hasn’t been easy, and at times, I’ve felt like a complete doofus sitting all by myself in my little library (broadcasting room) acting like an idiot for camera!

I’m now taking a step back and playing in the dirt more.

What was the motivation and inspiration behind writing Magnificent Mistakes and Fantastic Failures?

I remember as a kid, I was constantly making mistakes and getting into trouble, so I wanted to show kids that it wasn’t the end of the world if you stuff up every now and then. We’re human and we’ll keep making mistakes and that’s how we can become better people. I was also hearing from a lot of teachers saying that kids were having difficulty recovering from when things went wrong and would awfulise over the smallest issue. I wanted to help in some way by sharing what I’ve learnt.

I also wanted to show kids that failing isn’t a bad thing and that many wonderful things can arise out of failure. I wouldn’t have become an award winning copywriter and children’s author if I hadn’t failed high school.

Also, there’s a statement at the end of the book that I wanted every child to know, as it’s something I wanted to hear when I was a kid: You are important to the world. 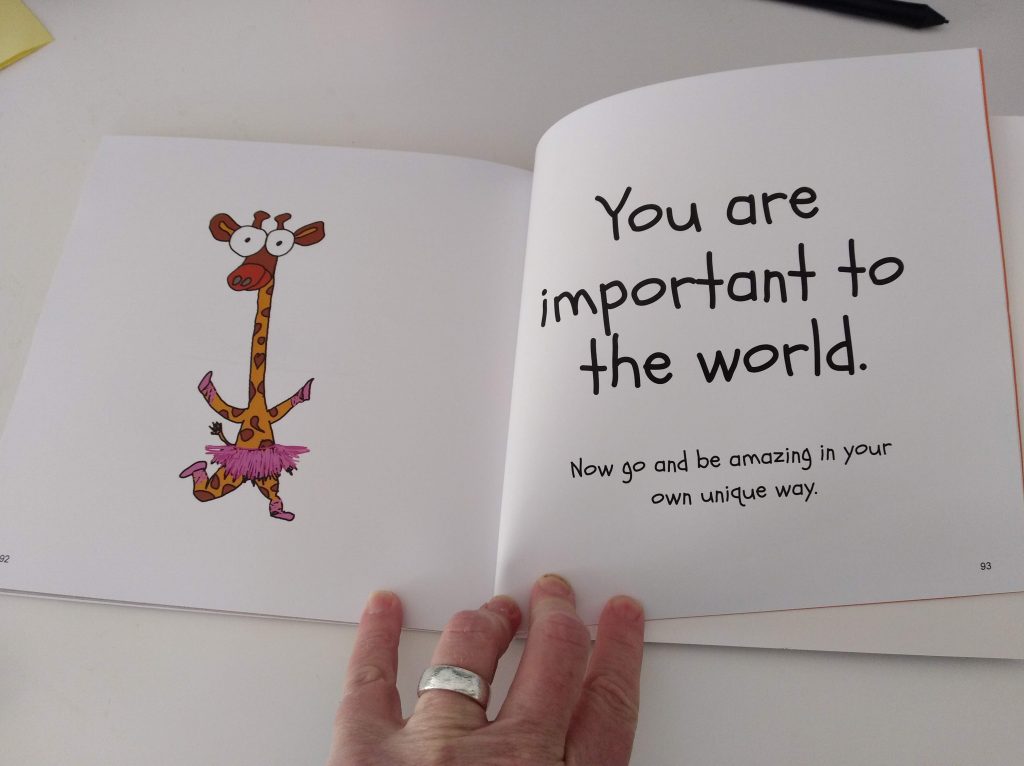 In the book you write, ‘something that may have felt like a failure at first, could in fact uncover an opportunity that wasn’t there before.’ What’s an example from your own life where a failure turned into an opportunity?

I used to always come last in running races and be put down in ‘K’ division, when the fastest kids would be in ‘A’. I was uncoordinated with ball sports and couldn’t catch a softball for the life of me. I felt embarrassed by my lack skills and felt like I was a loser. And yes the other kids would laugh at me.

So instead, I focused on what I enjoyed doing and that was writing stories and drawing. I was able to get lost in my imagination. Because I enjoyed it, I was writing and drawing all the time and eventually got better at it.  And now, I make living out of doing what I love.

Do you have a new project you’re working on?

I’m 3/4 the way through my new kids book, Be Wildly Kind: How little acts of wild kindness can change the world. Most of the text is done as are the illustrations. The long editing process starts now. It should be out in March 2021.

You’ve also been a radio copywriter. What does a copywriter do, and how did you get involved in this area of work?

I write radio commercials and have done so for 25 years. When you have full creative control of what you write, you can have great fun coming up with ideas. And it’s even better when you hear those ideas come to life. I’ve won two national awards and heaps of recognition for some of my ads and I have to say I’m quite proud of them. Strangely enough, some of the best ads I’ve created, I haven’t even written. I let sound effects and natural conversation tell the story.

There’s no set path to becoming a copywriter. I learned on the job and that’s how most people do it. However, there are radio courses around the country that feature copywriting.

Helping Kids Make Friends with Themselves

The tag line of your website is ‘helping kids make friends with themselves’. What does this look like and why is it so important to you?

I suppose I want to build a kinder and more understanding world, and that starts with out kids feeling OK about who they are. When you think about it, you have to live with yourself for the rest of your life, so you may as well like yourself!

I also suffered from childhood trauma (neglect, abandonment, emotional abuse, threats of suicide etc) and know how damaging that can be as an adult. There’s a subtle message in all my work that adults/parents need to heal themselves, too, so they don’t blindly go on to cause damage to others.

As a kid you were told you would amount to nothing, and you failed high school (twice). What turned things around for you?

After being unemployed for almost 2 years, the government paid someone to employ me! Even though I was the general dog’s body at a Hi Fi shop, it helped rebuild my confidence and from there I did a radio course. A week after finishing, I landed a job as a breakfast announcer in Merridan, which kicked off a 25 year career as a radio copywriter. I was a better writer than I was a DJ!

If you could write a letter to your 12-year-old self, what would you say to him?

I’d choose to write a letter to my 15-year-old self instead. I’d arrange that he would read the letter the moment before he tried to take his life and I’d tell him that he was loved, wanted and important to me and the rest of the world.

What would you say to kids who are currently experiencing anxiety about what’s happening for them or the wider world?

Nothing ever lasts forever and this will pass. How can you make the most of what you can do right now? I’ve got lots of ideas in Magnificent Mistakes.

A Few of Your Favourite Things

Everyday people who have overcome adversity in their life.

Who has made a difference in your life and why?

My husband and therapist! They both make me feel better about myself.

What’s your favourite book or story?

Waiting for the Mountain to Move by Charles Handy

If you could wake up and choose one thing to do all day, what would it be?

What is one thing you’d love to or achieve in the future?

Make a full-time living from writing and touring.

Any final words, especially to young writers and other creatives?

Magnificent Mistakes and Fantastic Failures by Josh Langley is available in bookshops and online now.

You can hear Josh read from his books on his YouTube channel:

He is also available for Virtual School Visits (and in person when it’s permitted again), and you can contact him through his website. 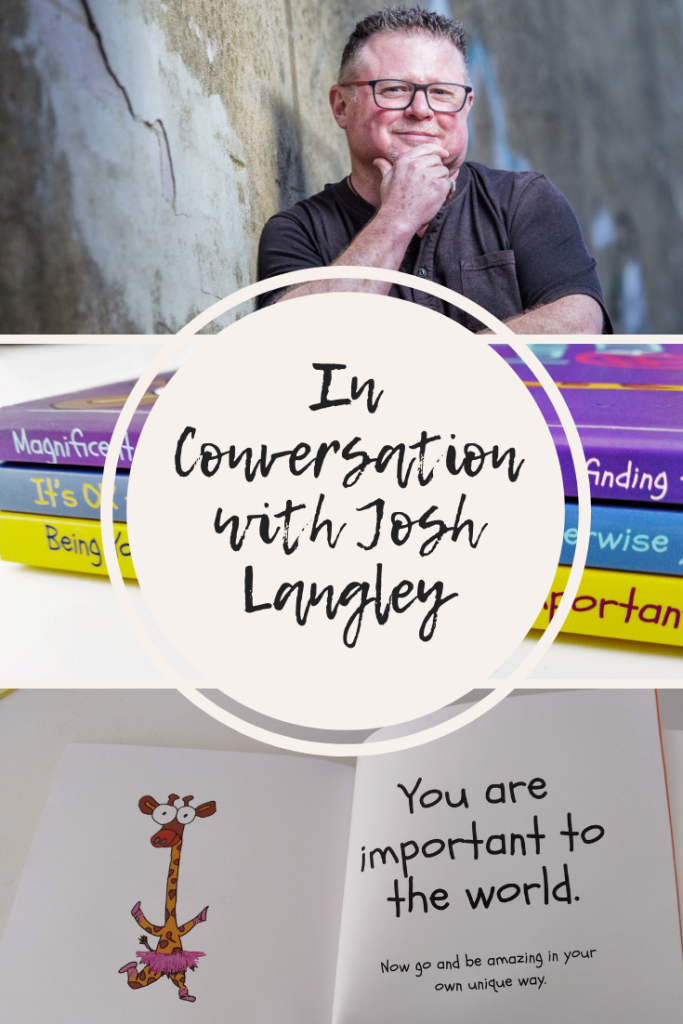 Previous 6 Degrees of Separation: From The Road to The Salt Madonna
Next Creative Writing Prompts: Character Part 1 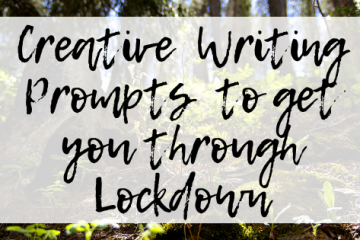 Creative Writing Prompts to get you through Lockdown February 2, 2021