Six Degrees of Separation: from True Story of the Kelly Gang to My Grandmother Sends her Regards and Apologises 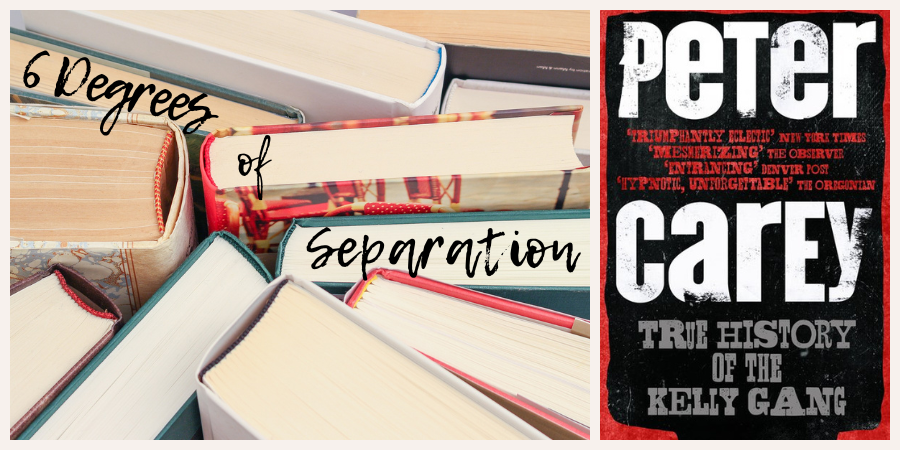 Welcome back to Six Degrees of Separation, where every reader starts with the same title and links to six other books, depending on whatever random ways our brains make connections.

This month’s starting book is True Story of the Kelly Gang by Australian author Peter Carey.

On my mum’s side of the family is the story of a great-great uncle, John Negus, who apparently knew Ned Kelly. Uncle John was caught for holding up a mine manager and taking off with more than £1500 worth of gold and notes. While this story is well documented, the chances of him actually knowing the more famous bushranger are rather slim, especially given my ancestor was only about eight years old when Ned Kelly was hung in 1880.

Another story where fact and legend have become entwined is that of  pirate Anne Bonny. Meg Caddy has written a fictionalised, but thoroughly researched, account of Anny Bonny’s life, first in Devil’s Ballast and now with a sequel, Slipping a Noose, which imagines the pirate’s life after the historical record becomes a blank page.

Considering the balance between truth and fiction when retelling the past is something Alice Munro does in The View from Castle Rock. In the introduction, she explains that she has drawn the stories from her family history and the facts where they’re to be found. When they can’t be, she makes the rest up.

Alice Munro is especially famous for her short stories. George Saunders has recently published A Swim in a Pond in the Rain, in which he draws on the stories of Russian writers as a “masterclass in writing and life”. 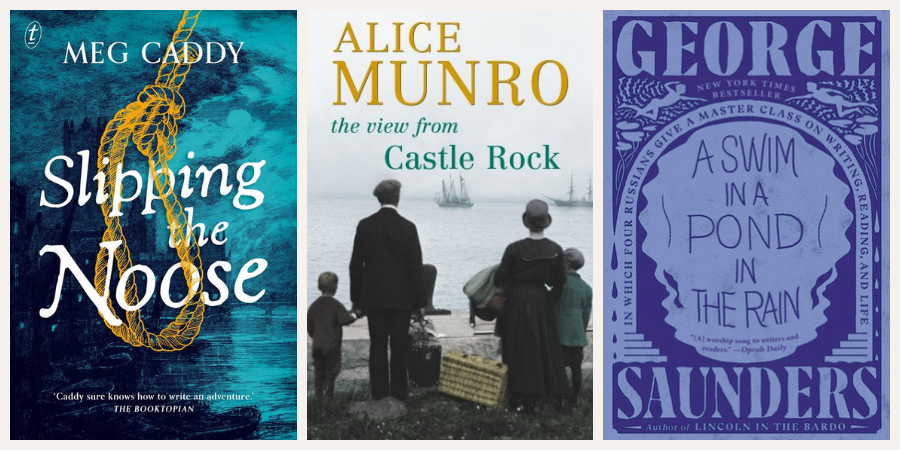 Saunders’ previous book Lincoln in the Bardo one the 2017 Man Booker Prize, twenty years after Arundhati Roy won it for The God of Small Things in 1997.

Another book with God in the title is Mister God, this is Anna by Fynn (a pseudonym for writer Sydney Hopkins). I first read this after discovering it in my grandmother’s bookshelf, and still have a copy of it in mine, although I haven’t read it for years. Does it stand the test of time, I wonder; I’ll have to re-read it to find out. Although Anna is not the narrator, we do hear her perspectives on a whole range of topics.

Another story seen through the eyes of a child is My Grandmother Sends Her Regards and Apologises by Fredrik Backman (also sometimes titled My Grandmother Asked Me to Tell You She’s Sorry, but I prefer the alternative). Seven-year-old Elsa narrates this story set in an apartment block; it is hilarious and heartbreaking in equal measure. 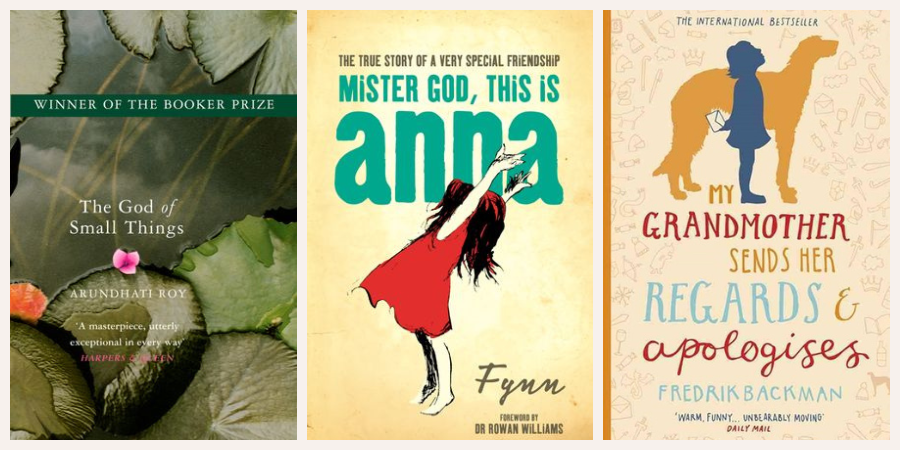 This month, I began in rural Australia in the era of the gold rush and bush rangers, which led to stories set on the other side of the world (Jamaica and Scotland), but with equally ambiguous lines between fact and fiction. While there, I also travelled vicariously to Russia, India, UK and finally to Sweden. Practically a round-the-world trip.

Where will six degrees take you?

If you’d like to see where other book lovers ended up, head over to booksaremyfavouriteandbest, where you will find Kate’s chain and links to others.

Next month, the starting book will be Sorrow and Bliss by Australian author Meg Mason, which has been shortlisted for the 2022 Women’s Prize for Fiction. 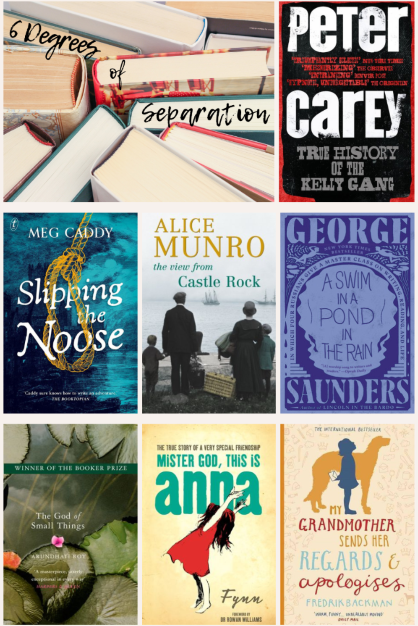 Previous Family History: Keeping a Research Log
Next So Many Beats of the Heart: In-Conversation with Carrie Cox