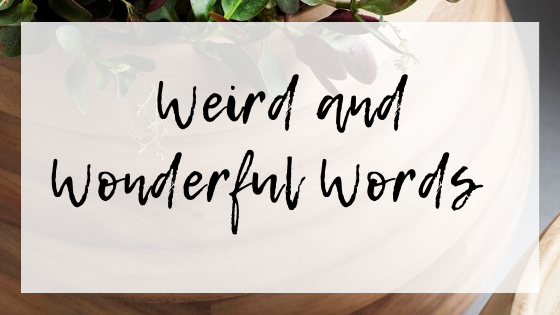 I don’t have many games on my phone. Actually, I only have one: Words with Friends. Initially, it was a way of keeping in touch with a dear friend who moved to the opposite side of the country. Then I began playing one of my neighbours. I don’t usually play random strangers, but I have resorted to taking up the solo challenges, where a computer generated opponent always manages to use words I’ve never heard of, let alone used in conversation.

I’ve collected quite an eclectic list of words over the past few months and may never have the chance to use them again. So, I thought I’d share the love, in case any of you are also fans of Words with Friends. Or perhaps you play the old fashioned way—with a Scrabble board and tiles.

The words aren’t in any particular order, other than the order I discovered them—or should I say, they discovered me. I’m including a definition by people more knowledgeable than I am, but I am going to attempt to also use some of the words in a sentence.As it’s the first time I’ve ever used any of these words myself, I may get it wrong, so please feel free to correct me!

1. alate: ‘a winged insect (such as an ant or termite) of a kind having winged and wingless forms’ (Merriam Webster Dictionary). When I visited Far North Queensland, a number of alates flew about our holiday unit.

3. quoin: ‘an external corner of a wall’. Also known as a cornerstone (Collins Dictionary). The limestone quoins were all that remained after Andrew’s house was destroyed by fire.

4. qadi: ‘a Muslim judge who interprets and administers the religious law of Islam (Merriam Webster Dictionary). An alternative spelling is ‘cadi’. The qadi had a lot of responsibility for establishing justice on the basis of the law.

5. kideo: a television program, video or video game made especially for children. It apparently originated in the 1980s with the launch on Kideo TV in April 1986. I notice, however, that this word doesn’t appear in my Collins Scrabble Dictionary, so while it seems to be acceptable in Words with Friends, I’m not sure it would pass if you playing with a board and tiles.

6. vlei: ‘a shallow natural pool of water’ or a ‘low-lying, marshy ground, covered with water during the rainy season’. The word has Afrikaans orgins, from the Dutch word vallei, meaning ‘valley’ (Lexico). When it rained, we could hear the deep croak of frogs in the vlei, but at other times it was cracked and dry.


7. sizar: ‘an undergraduate receiving a maintenance grant [alowance] from certain colleges’ (Collins Dictionary). The colleges mentioned included Cambridge University and Trinity College in Dublin. Passing the exam and becoming a sizar enabled John to remain at university after his father died.

8. epizoa: ‘external parasites or ectoparasites which live upon the surface or in the skin of the host’. Plural of epizoon. (Wordnik). She wondered whether the epizoa could make her dog sick if they weren’t treated by the vet.

9. kumis: ‘an alcoholic beverage made from fermented mare’s milk; made originally by nomads of central Asia’ (The Free Dictionary). The Collins Scrabble Dictionary spells it kumiss and koumis. She drank the kumis after being told it was good for her health.

10. iroko: ‘A tropical African tree which yields pale timber that is sometimes used as an oak or teak substitute’ (Lexico). He lovingly crafted the plant holders from iroko wood.

How many of these words did you already know?

What is the most unusual Scrabble or Words with Friends word you have discovered? 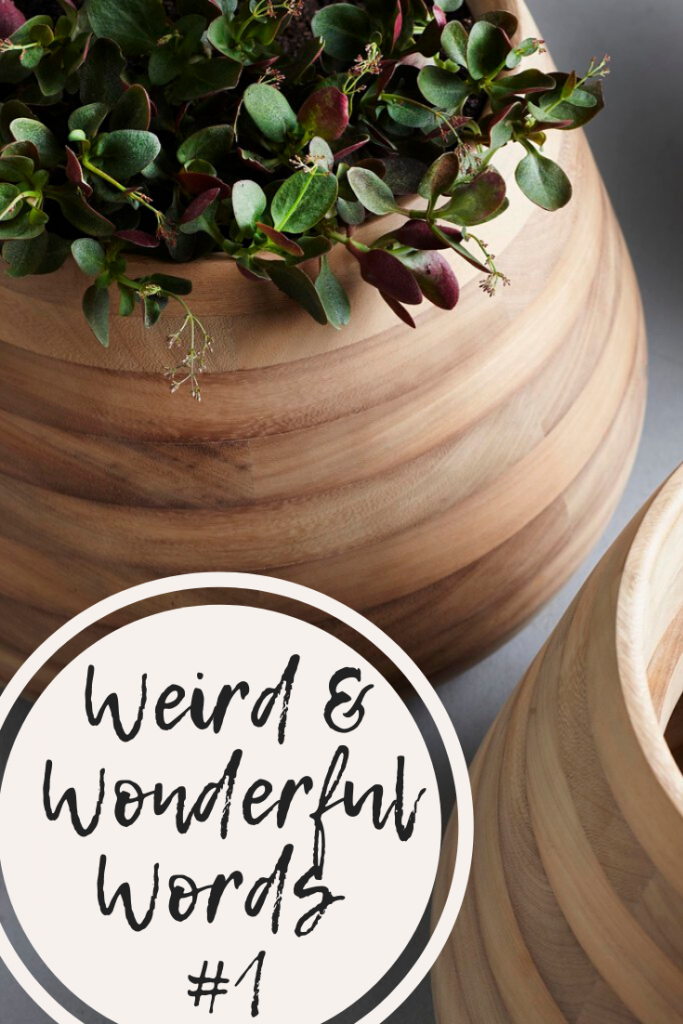 Previous Claire Malone Changes the World: In Conversation with Nadia L. King
Next 6 Degrees of Separation: From How to Do Nothing to The History of Mischief