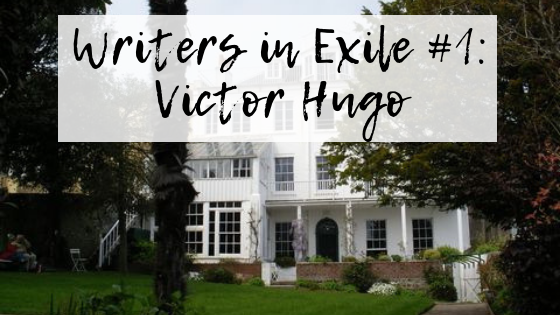 For the past 20 years, my overseas travel has had a distinct cycling flavour, on account of my husband’s Italian heritage, and his obsession with bikes. One day I’ll design a literary tour instead, and visit not only the homes of famous authors, but also the settings of my favourite stories.

That trip will have to include the island of Guernsey, situated in the English Channel.

Like me, you’ve quite possibly heard of said island because of the novel The Guernsey Literary and Potato-Peel Pie Society by Mary Ann Shaffer and Annie Burrows, or its 2018 film adaptation of the same name.

What I didn’t initially know (but is probably obvious to anyone who’s visited or resided on Guernsey) is that a century earlier, Victor Hugo wrote his now famous tome, Les Misérables, while living there in exile.

Many years before he came to live on Guernsey, though, Victor Hugo was a 13-year-old boy witnessing Napoleon Bonaparte’s rule of France end in 1815. The youngster found himself studying Law from 1815 to 1818, but apparently never found the ambition to practice.

Instead, he was finding his way with poetry and plays. He soon began to win prizes and gain royal patronage, becoming a key figure among his contemporary group of writers and artists. His first novel was published in 1823, the year after he married Adele Foucher. One of his best known books, The Hunchback of Notre Dame was published in 1831.

Victor and Adele had five children, although their first-born son died in infancy. While they were married for 46 years, Victor had numerous mistresses, including long term lover, Juliette Drouet. In fact, he was travelling with Juliette in 1843, when he learned his daughter had drowned, only after reading the details in a newspaper.

When he was appointed to the Upper House of the French Parliament in 1845, Victor’s maiden speech included a ‘defence of artists and their copyright’. During his time in politics, he also called for universal suffrage, free education, an end to poverty and the abolishment of the death penalty.

The idea for Les Misérables came as Victor Hugo entered parliament, with an early draft beginning in November that year. At that stage, it was titled Les Miseres. However, his work-in-progress was put on hold after street protests in Paris turned violent in February 1848.

By now, Hugo had become a vocal critic of President Louis-Napoleon, and following the 1851 coup d’état, he fled France. He did so just days before being declared a proscrit, or outcast, along with thousands of others.

Fortunately, Victor threw all his writing in to a trunk, which survived crossing the border and into Brussels. He later travelled to the island of Jersey, before finding long-term refuge in Guernsey, along with his wife, children, lover and writing trunk.

The family took up residence in Hauteville, a large house overlooking St Peter Port, with Juliette occupying a nearby property. It appears that Adele Hugo was fully aware of Juliette’s presence, but stipulated that her husband’s lover was not to set foot inside the family home.

Over the next fifteen years he spent in exile, he wrote extensively, initially satire and the events of recent history, before turning his focus to poetry. Les Châtiments (“The Punishments”) was published in 1853, followed by Les Contemplations in 1856.

Hugo finally restarted work on the manuscript that would become Les Misérables, on 25 April 1860, after a break of almost 12 years – surely an encouragement for any of us struggling with how long our own books are taking to write.

Over the next month, he read through his existing draft, and made notes about what needed work. With a few other delays, including a bout of illness, he finally returned to the story on 30 December 1860. He wrote, standing up, in his top-floor room, which overlooked the harbour.

A significant part of Les Misérables was written in the first few months of 1861, with the draft completed by the end of June. But, as many writers will appreciate, there was still much work to be done. At this stage, the manuscript consisted of three parts, which became four, and then five, as he corrected proofs in 1862.

Without the modern ability to utilise social and electronic media, books were promoted through advertisements, reviews and editorial comment. As Hugo was unwilling to risk returning to France, Hugo’s wife, Adele, travelled to Paris to act as publicity manager. She organised a billboard campaign consisting of 25 character illustrations ‘printed on posters and plastered all over Paris’, something that hadn’t been done for a book before (Bellos, p. 223).

Hugo wanted Les Misérables ‘to be read by all’; however, not everyone could read – or afford to buy the multiple volumes. Chapters were read aloud in cafes and homes, and in some cases, workers clubs pooled resources to buy one copy to share among 12 members (Bellos, p. 243).

Meanwhile, Hugo ‘took time out from his heavy schedule’ of writing and editing. He invited ten children from the island to join him for a meal at Hauteville House. It was a great success, and he decided to repeat the event once a fortnight. The initiative spread to London, and then elsewhere, and is considered to have a direct link to the introduction of school canteen dinners (Bellos, pp. 224-225).

While Hugo wouldn’t return to France, he did travel to Brussels, via London, in July, and then again in September, for a celebratory dinner in the home of his publisher.

Hugo’s children gradually left Guernsey between 1863 and 1865 for various reasons. His wife, Adele, moved to Brussels with one of their sons, where she remained until her death in 1868. Hugo accompanied her coffin as far as the French border, but declared he wouldn’t return to France while Louis-Napoleon was still ruler.

After France was defeated in the Franco/German War in 1870, he immediately returned to Paris, although he never sold Hauteville House, and often visited the island that had provided refuge for so many years.

He continued to write into old age, and when he died in 1885, aged 83, approximately two million people took part in his funeral procession in Paris.

As we know, though, Victor Hugo’s creative works didn’t die with him. In particular, his most famous works, The Hunchback of Notre Dame, and Les Misérables continue to live on in their many reincarnations in film, theatre and television.

I sometimes wonder what Victor Hugo’s legacy would have been if that early draft of Les Misérables hadn’t made it out of France in 1851, or had remained a half-written manuscript in a trunk. Or if he’d never dared to flee into exile in the first place.

Bellos, David, The Novel of the Century: The Extraordinary Adventure of Les Miserables, Particular Books, 2017. 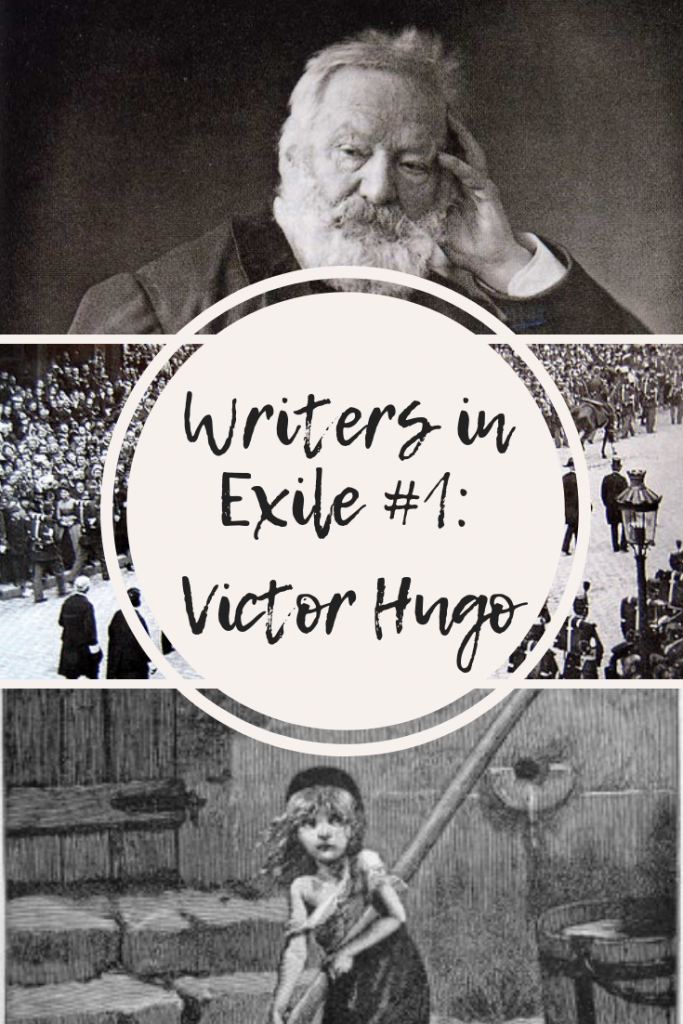