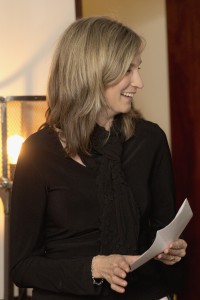 I have always been a scribbler of stories and cannot imagine a life without words. But I’ve also worked as a pharmacy assistant, youth worker, chaplain and teacher.

While teaching high school students to write an autobiographical narrative, I wrote a short story based on a event from my teenage years to demonstrate the writing and editing process. This turned into a full-length YA novel, which won me a mentorship to work with an established author. Although that manuscript was never published, I will be always be grateful for the encouragement and constructive criticism. I received (Thanks, Glyn!). And who knows – perhaps I’ll retrieve it from that bottom drawer one day.

In 2001, Lake Joondalup Baptist College commissioned me to write a short play, Can You See Me?, as an introduction to a school bullying program, an issue that deeply impacted my own high school years.

Since then, my feature articles, travel articles and personal essays have appeared in magazines and anthologies in Australian and the US, including Steady as She Goes: Women’s Adventures at Sea, edited by Barbara Sjoholm. I was a regular contributor to Christian Woman for two years, and have  been published in Bicycling Australia and Go Camping Australia (see Other Publications). 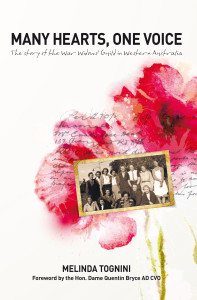 In 2012, I completed a Master of Arts in writing, which was the basis for my first book, Many Hearts, One Voice: the story of the War Widows’ Guild in Western Australia, published by Fremantle Press in 2015.

In 2015, I also contributed to Tales From Our Home, a book celebrating the 80 year history of the Dogs’ Refuge Home in Shenton Park. Part history, part heart-warming dog stories, all proceeds go towards providing more dogs with a second chance.

More recently, my essay ‘Creativity and Courage’ has been included in the anthology, Writing the Dream, published by Serenity Press.

I  have more than 20 years experience in teaching and running workshops, which includes:

I am particularly passionate about telling ‘invisible’ stories – those stories absent from or sidelined in the dominant narratives of our history – and empowering others to find their voice.