6 Degrees of Separation: From the Beauty Myth to … 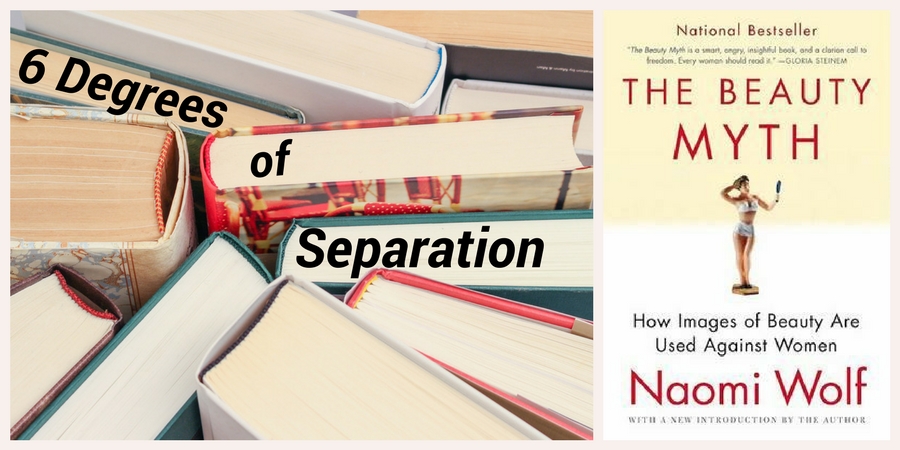 Once again, it’s time for the literary version of Six Degrees of Separation, where Kate from booksaremyfavouriteandbest gives us the title of a book, and we link it to six other titles, in whatever random way our brain makes connections. Despite the common starting point, no two chains are the same, so why not play along and let me know how it turns out for you?

The Beauty Myth was published in 1990, during the middle year of my Bachelor of Arts degree, where I was introduced to a wide range of literary texts and theories. These included the magic realism of Gabriel Garcia Marquez’s 100 Years of Solitude, Thomas Hardy’s Jude the Obscure and the Selected Poems of Emily Dickinson.

I chose Emily Dickinson as the subject of a major assessment. It wasn’t good enough to write about her life and poetry. No, I had to dress up and deliver a monologue as if I was her. Back then, I still had dreams of being an actor, as I hadn’t yet realised I preferred to work behind the scenes rather than have all eyes on me.

A poet who has recently launched her first book of poetry, and was a guest of the 2018 Perth Writers Week is Renee Pettitt-Schip. The Sky runs Right Through Us is full of beautiful – and at times heartbreaking – words about her time teaching asylum seekers and islanders on Christmas Island and Cocos (Keeling) Islands.

Given that I also heard Tim Winton Speak at Perth Writers Week, I’m reminded of one of his early works, That Eye, the Sky. Now that I’ve read some of his autobiographical essays, I can see some parallels between this book and elements of Winton’s childhood. 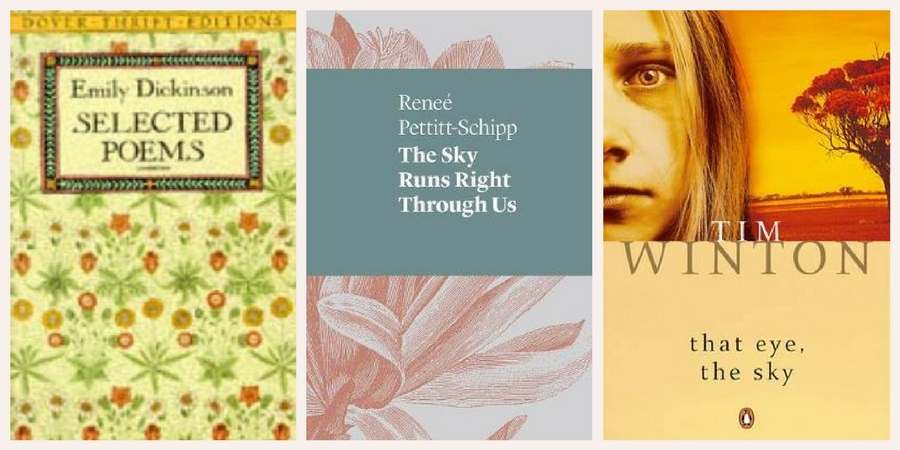 Part of Tim Winton’s talk was a discussion about ‘toxic masculinity’ and his new novel, The Shepherd’s Hut, which I’m looking forward to reading when it’s released later in March.

The Shepherd’s Hut is set in rural Western Australia, as is Michelle Johnston’s debut novel, Dustfall, which is about the consequences of medical error, and the coverup that occured regarding the effects of asbestos mining at Wittenoom. I’m currently just a few chapters in – and loving it.

Linking via the title, my final book is Dusty by Frank Dalby Davison. Dusty is a dingo pup, and the story was first published in 1946. A treasured signed copy was loaned to me when I was 11 and travelling around Australia with my family. While reading it, we visited the studio of artist Jack Absalom in Broken Hill, where I discovered a print of a dingo at a waterhole. The original was not for sale as it was one of the artist’s personal favourites and hung on his own wall (but he kindly let us take a look at the original). I had to settle for the set of table mats my parents purchased instead.

I certainly travelled a fair way from a discussion about the relationship between beauty and female identity. However, it didn’t take me long to step into an Australian landscape, particularly isolated places and those who inhabit some pretty harsh and unforgiving environments.

Where will six degrees of separation lead you this month? Leave a comment with your chain, or give me the link to the relevant post on your own blog.

Next month (7 April 2018), we’ll our starting point will be Arthur Golden’s bestseller, Memoirs of A Geisha. 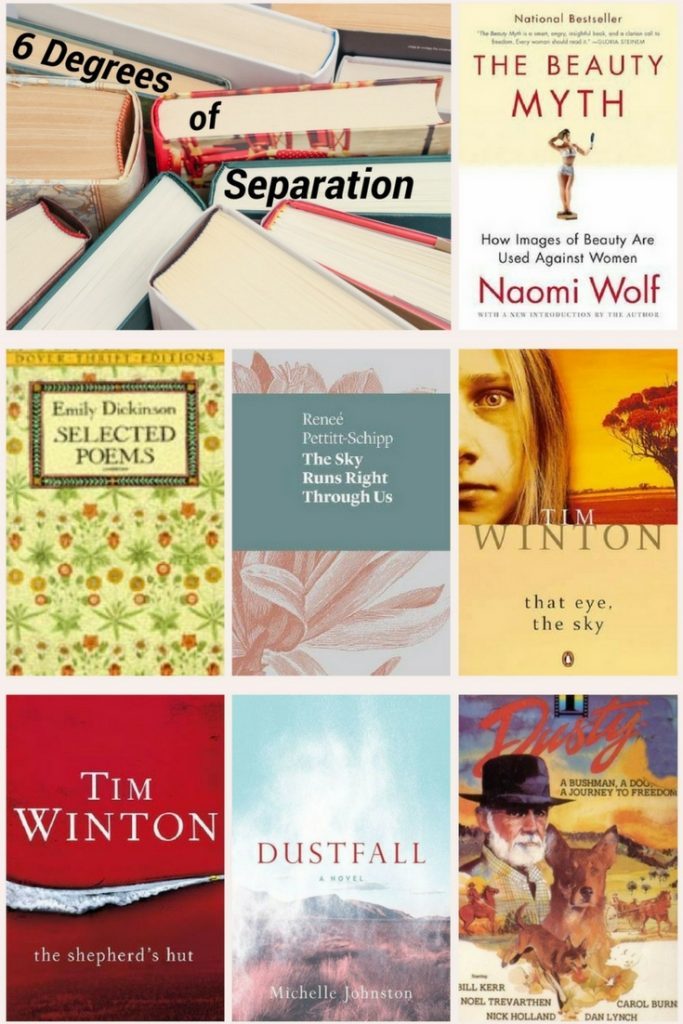