6 Degrees of Separation: The Signature of All Things 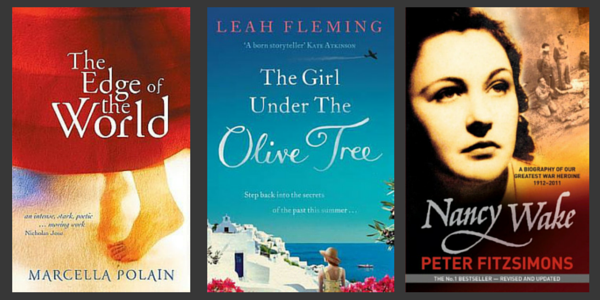 Welcome back to Six Degrees of Separation, a monthly meme in which authors Annabel Smith and Emma Chapman select a book, and participants link it to any other six books that come to mind. This month’s starting point is The Signature of All Things by Elizabeth Gilbert.

I initially had little interest in reading Elizabeth  Gilbert‘s The Signature of All Things as I struggled to finish her memoir, Eat Pray Love. However, after hearing her fabulous talk at the Perth Writers Festival earlier this year, I have added this novel to my to-read pile.

For no other reason that the word ‘all’, I was reminded of the memoir, All Creatures Great and Small by James Herriot. This memoir about Herriot’s days as a rural vet became a television series, which I loved as a child. I actually dreamed of being a vet for most of my school days – until I realised, half way through year 11, I did not actually want to study science at university.

Another television series I watched as a child was The Hitchhiker’s Guide to the Galaxy by Douglas Adams. Although I loved this quirky show, I only read the book as an adult when visiting my cousins in Kathmandu, Nepal – just because it was there.

I also read Isabel Allende‘s The House of the Spirits while travelling, this time when I visited Chile in January 2015. I had attempted to read the book before, but it was much more meaningful being in the country in which the story takes place, and having some understanding of the country’s history.

Continuing with the notion of travel, Marcella Polain‘s novel The Edge of the World became more significant to me following a trip to Turkey and reading about the Armenian genocide, especially in the context of this year’s Gallipoli centenary commemorations. The Edge of the World is a poetically written novel based on the experiences of Polain’s own Armenian relatives and the persecution they suffered at the hands of the Turks around the same time ours soldiers were fighting on the Gallipoli Peninsula.

Also about war is The Girl Under the Olive Tree by Leah Fleming. The Girl Under the Olive Tree is set in Crete in 1941, when the Allies were forced to capitulate. Many were captured and became POWs but some escaped and hid in the Cretan hills, protected by local villagers. This is the story of Penelope, who trained as a nurse and was the last foreign woman to remain on the island during those dark days, as well as what happened when she returned 60 years later. Although a work of fiction, Fleming found evidence of a nurse who really did remain on the island during this time.

Also set during the Second World War, but in France, is the biography, Nancy Wake by Peter Fitzsimons. I was captivated by the story of Nancy Wake, a young journalist living in France when she witnessed Nazi violence and vowed to fight against them. She joined the resistance and was dubbed ‘the white mouse’ for her ability to avoid capture.

This month’s Six Degrees has taken me through several centuries and across the universe: from a novel that spans the 19th Century, to 1930s Yorkshire to Douglas Adam’s wacky universe and the conflicts of the First and Second World Wars. Don’t forget to check out where Annabel Smith and Emma Chapman ended up. Where might the chain lead you?