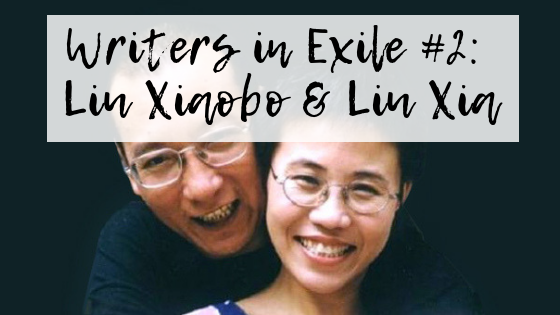 Numerous tributes flowing in for Bob Hawke have recalled his response to the 1989 Tiananmen Square massacre. As Prime Minister, he allowed Chinese students to stay in Australia, rather than force them back to suffer the consequences of a Chinese government crackdown. I wonder how many lives Hawke’s decision saved, how many young men and women were offered a future in that moment. 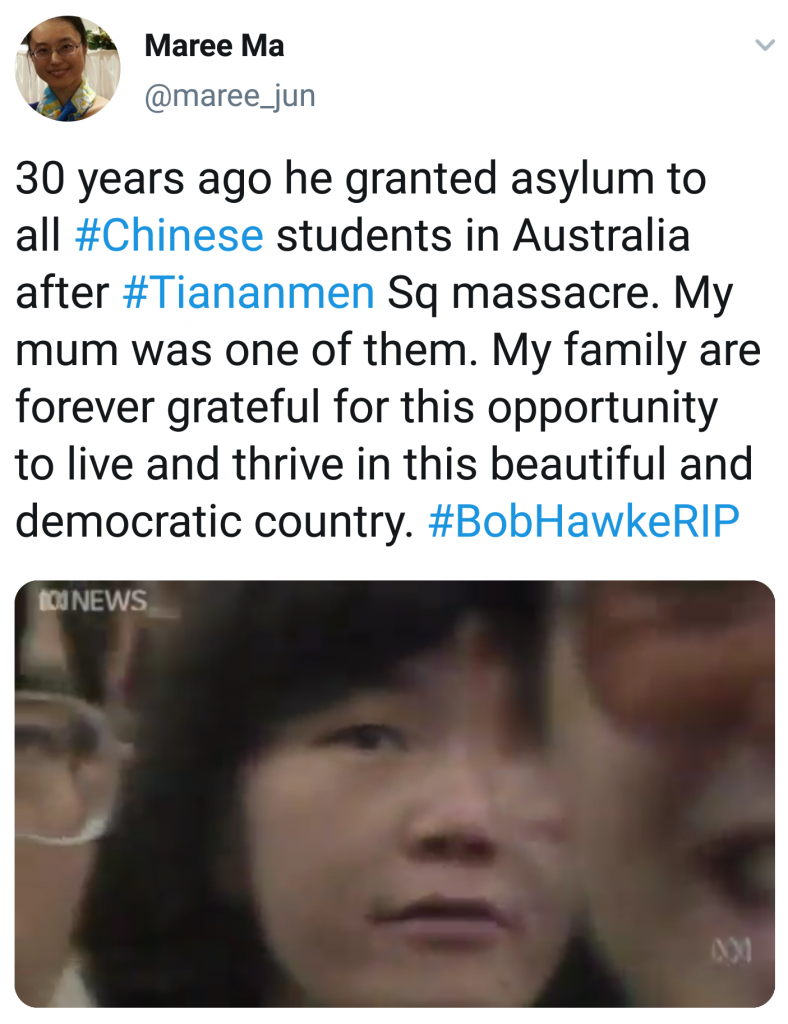 Someone who was never afforded that kind of refuge is writer and poet, Liu Xiaobo. Quite possibly, you’ve never head of him, but he’s a Nobel Peace Prize winner, recognised for his presence at the student protests in Tiananmen Square, and his life-long work defending human rights in China.

In 1989, Liu Xiaobo had travelled from China to the US as a visiting scholar, but returned home in April after hearing about the student protests. Liu ‘kept vigil’ at Tiananmen Square in an effort to protect protestors from soldiers, while at the same encouraging the students to leave while they could. Just days after the bloody crackdown on 4 June, Liu was arrested and sentenced to 21 months detention. He lost his lecturing job and his marriage.

After being freed in 1991, he campaigned for the release of others who had been jailed for their role in the protests. He published his first book, The Monologues of a Doomsday Survivor in 1992. The following year, he was invited to visit Australia and the US. Although he was encouraged to seek refuge while abroad, he returned to China and continued his writing.

He was re-arrested in 1995 for his involvement in the democracy and human rights movement, and sentenced to three years in a labour camp. While imprisoned, he married fellow writer, Liu Xia, whose body of work includes poems, stories, ink drawings, oil painting and photographs.

Upon his release Liu Xiaobo recommenced his writing career. He helped establish the Independent Chinese PEN Center, and became editor of the online journal Democratic China. But in 2009, he was jailed again, for assisting with a petition calling for political reform in China, including democracy, rule of law and an end to censorship.

He was awarded the Nobel Peace Prize in 2010, but was unable to attend the ceremony due to his imprisonment. Instead, he was represented by an empty chair. It wasn’t long before his wife Liu Xia was placed under house arrest, without access to a phone or the internet.

Liu Xiaobo died without ever experiencing further freedom. He passed away from liver cancer in July 2017, while under guard in hospital, after the Chinese government refused him permission to leave the country for treatment. He was 61. Following news of his death, the chairman of the Norwegian Nobel Committee, Berit Reiss-Anderson, said, ‘Liu Xiaobo will remain a powerful symbol for all who fight for freedom, democracy and a better world.’

Liu Xia remained under house arrest after her husband’s death, even though she’d never been convicted, or even accused, of any crime. Writers Paul Auster, JM Coetzee, Alice Seabold and Khaled Hosseini were among those who began calling for her release. ‘Artists who are free to speak must do so on behalf of other artists whose voices are being stifled,’ said Hosseini in a video for Amnesty International, that also included readings of Liu Xia’s poetry.

Following a diplomatic campaign by the German government, Liu Xia was finally released and allowed to leave the country on 10 July 2018. She travelled via Helsinki to Germany for medical treatment for severe depression. Perhaps she will now have the chance to experience freedom, albeit in exile and without her beloved husband. Reports suggest this freedom is also tainted by concern for her brother, who remains in China.

A recent article published in The New Yorker, indicates the road to recovery will be a long one. As she told writer Nick Frisch, ‘Accompanying Xiaobo was my life. Now there are so many things I have to do each day just to persist, just to keep on living.’

Nick Frisch, ‘Liu Xia Rebuilds Her Career as an Artist‘, published in the New Yorker, 30 April 2019.

Austin Ramzy, ‘The Nobel Peace Laureate Liu Xiaobo, in His Own Words’, published in the New York Times, 13 July 2017.

Previous 6 Degrees of Separation: From The Dry to Italian Neighbours
Next 5 Writing Prompts to Kickstart Your Memoir and Family History