6 Degrees of Separation: From How to Do Nothing to The History of Mischief 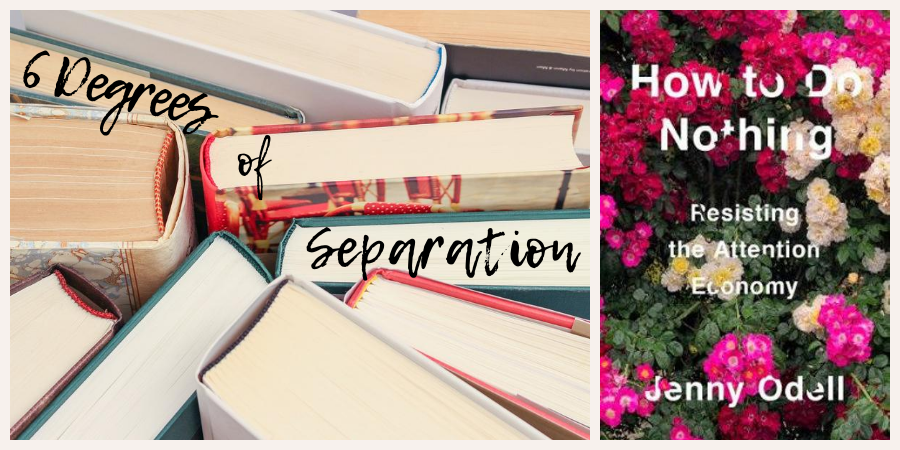 Welcome to this month’s Six Degrees of Separation.

For anyone interested in history,  the term ‘six degrees of separation’ was originally inspired by Hungarian writer and poet Frigyes Karinthy, who coined the phrase in his 1929 short story ‘Chains‘. It’s the idea that everyone in the world is separated from everyone else by just six connections. It later became the title of a play and subsequent film based on the same idea.

Now, we have a bookish version of Six Degrees of Separation, and everyone is welcome to join. Simply start with the same book title as other readers (provided by Kate from booksaremyfavouriteandbest) and see what connections and links your weird and wonderful mind makes for you.

This month’s starting book is How to Do Nothing: Resisting the Attention Economy by Jenny Odell.

When COVID-19 first hit Australia and we all went into the initial lockdown, I did slow down, as events and other commitments were cancelled, and once I’d dealt with the anxiety I felt, I actually enjoyed  spending time in my garden and reading more. I was a bit sad when my diary started booking up again, although I am very aware of how fortunate we are here in Western Australia, so I am simply being grateful for everything I do get to do, for as long as it lasts. Still, I’d be keen to learn ‘how to do nothing’ better. However, I’ve seen mixed reviews about the book, so I’m not sure whether to read it or not.

The title of How It Feels to Float starts with the same word as How to Do Nothing. I haven’t read this debut novel by Helena Fox either, but it has had excellent reviews and is definitely on my TBR pile. How to Float focuses on a girl dealing with grief and mental illness, and won the 2020 Victorian Premier’s Literary Award  in the YA category.

The Protected by Claire Zorn also deals with grief and mental health. My teenage daughter and I both loved this book, and I will be interested to see how similarly or differently the two authors deal with similar ideas.

In a recent Radio National interview, I discovered that although The Protected wasn’t Zorn’s first book published, it was the first one she wrote. Zorn’s debut novel was instead The Sky So Heavy, which my daughter and I also thought was wonderful. This book is set in the Blue Mountains in New South Wales in a dystopian future following a nuclear fallout. 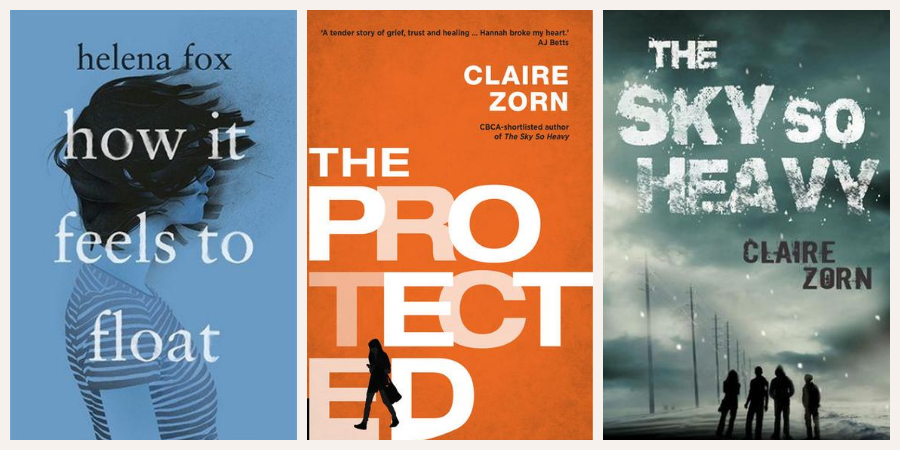 On my bookshelf currently, these two books of Zorn’s sit either side of Catch a Falling Star by Meg McKinlay. Set in 1979 when the US space station Sky Lab was hurtling to earth, this beautifully written story about 12-year-old Frankie navigating that period between childhood and adolescence will make you laugh, it will make you cry and, if you grew up in the 1970s, it might take you back to where you were when Sky Lab crashed on Australian soil.

Going further back in time is Goldfields Girl by Elaine Forrestal. Based on the early life of a real girl, this is the story of Clara Saunders, who traveled to the Goldfields with her family in the 1890s.

Goldfield Girls is published by Fremantle Press, which is about to release The History of Mischief by Rebecca Higgie, about two sisters who discover a strange book hidden beneath the floorboards of their grandmother’s house. The book opens up a world of mystery, mischief and secrets. This book won the inaugural Fogarty Literary Award for a Western Australian writer under 35, and I can’t wait to read it. 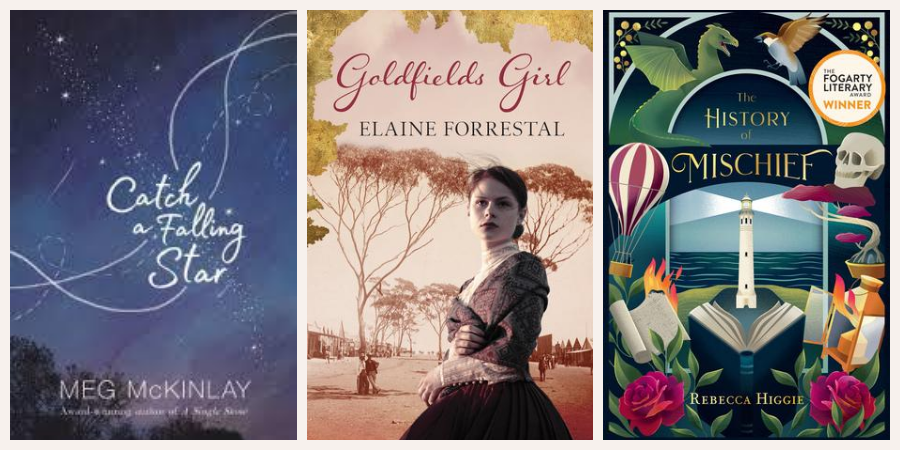 Knowing that many readers of this blog are either young writers or their teachers and parents, I deliberately chose books written for children or young adults. My chain began with fiction set in contemporary times (although pre-COVID!) before traveling back in time and finishing with a book I suspect will take us to all manner of eras. In retrospect, many of these books have also appeared in previous Six Degrees of Separation posts, which just goes to show how much some of these books have stayed with me.

If you’re a young writer or reader, you can play along too.

And if you’re a teacher, perhaps you can have some fun with your class and help them discover a little about the way their minds make links and connections. I’d love to hear some of the chains!

If you’d like to check out where Six Degrees led other readers this month, then check out the links on Kate’s post. 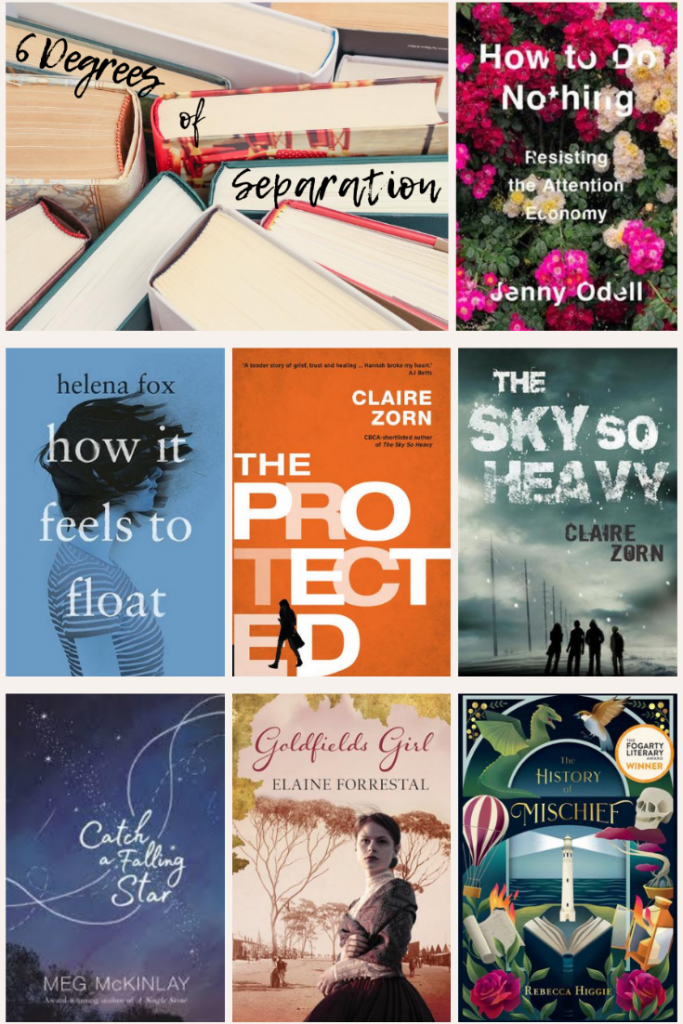