6 Degrees of Separation: From Memoirs of a Geisha to … 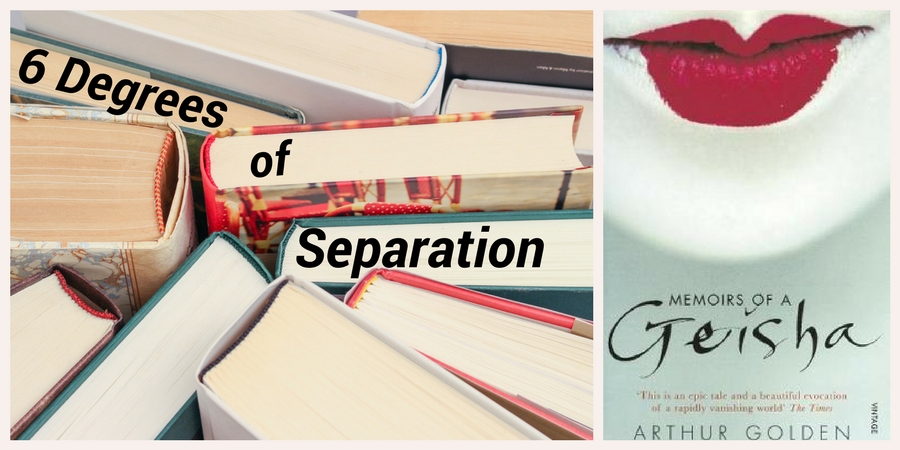 Welcome back to the bookish version of Six Degrees of Separation, where Kate from booksaremyfavouriteandbest presents us with the title of a book, and we link it to six others in any stream-of-consciousness way our brain leads us. It’s easy, and it’s fun, so please play along at home.

This month, we’re starting with Memoirs of a Geisha by Arthur Golden, one of those books that have been on my to-read pile forever (well many years anyway), and which has been on my bookshelf for almost as long.

I remember my much younger cousin reading it as a teenager, before witnessing her raw talent as a writer even then. It was at that point that I made the connection between what you read and its influence on how you write, and I began to regret growing up on a diet of Nancy Drew and Sweet Valley High, particularly the latter with its cliched writing and stereotyped characters.

Fortunately, I also had two incredible English teachers in my remote mining town. When the year 12 curriculum demanded we complete a self-directed set of reading and study, Mrs Whawell suggested I explore the work of Doris Lessing. I think the first title I read was The Grass is Singing.

While The Grass is Singing is set in Zimbawee and told from the perspective of a white woman, Chinua Achebe’s Things Fall Apart is the story of Okonkwo, a “strong man” from an Ibo village in Nigeria. I first encountered Achebe when I was teaching high school English, and it struck me how successfully Achebe took me into a world that was so different to my own. 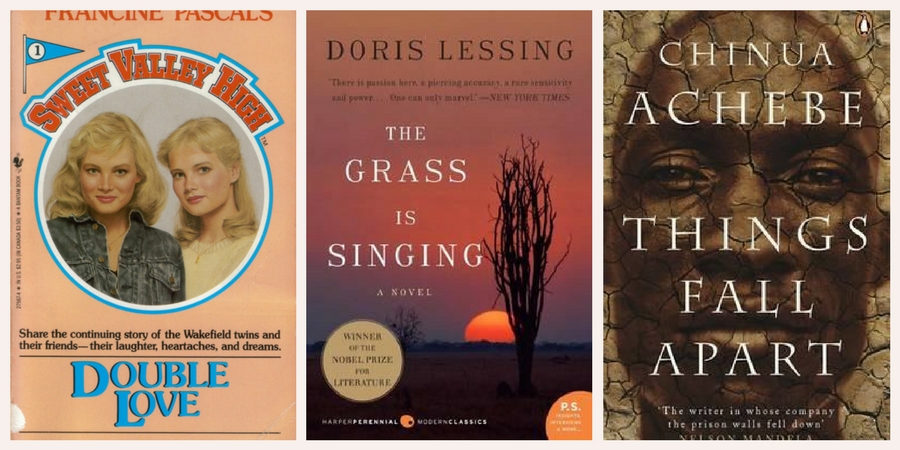 It was because I’d read Things Fall Apart that I became interested in Purple Hibiscus by Chimamanda Ngozi Adichie. I’ve since become a great fan, not only of her work, but of the things she has to say, particularly her TED talk , in which she explores the ‘danger of a single story’. She says:

Another book that offers a different perspective to our [white] Australian history is Dancing in Shadows by Anna Haebich, which I mentioned in a previous post after hearing the author speak at the Perth Writers Festival. Haebich shares the ways the Nyungar people of Western Australia ‘adapted their rich performance culture to survive the catastrophe that engulfed them [because of colonisation], and generously share their culture, history and language in theatre.’ 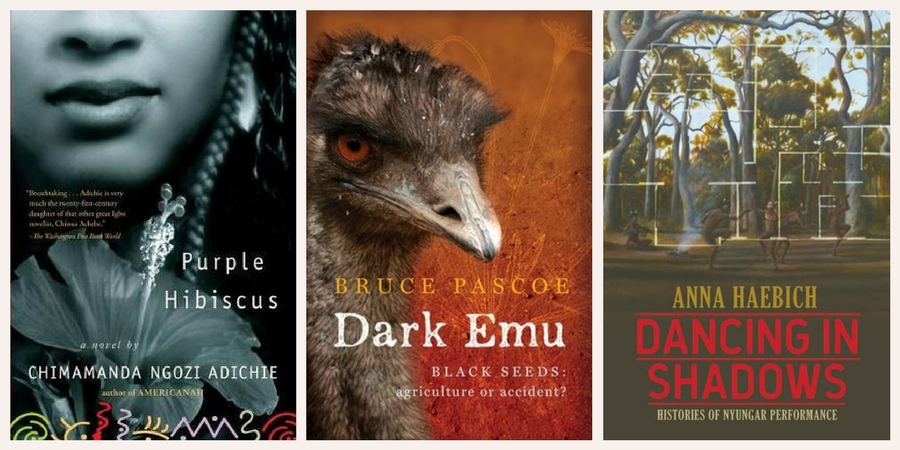 This month, I began my literary journey in Japan, then travelled to the African countries of Zimbawee and Nigeria before heading home to Australia. I started with the story of a Japanese girl, written by a white American man (albeit one who has lived in Japan and clearly researched the history and culture extensively), and ended with stories that give voice to alternative perspectives than those traditionally told. These help us to avoid what Chimamanda Ngozi Adichie calls the danger of the single story. To finish, here’s one of my favourite quotes from her TED talk:

Where will Six Degrees of Separation lead you – and what story have you read recently that has been used ‘to empower and to humanise’? 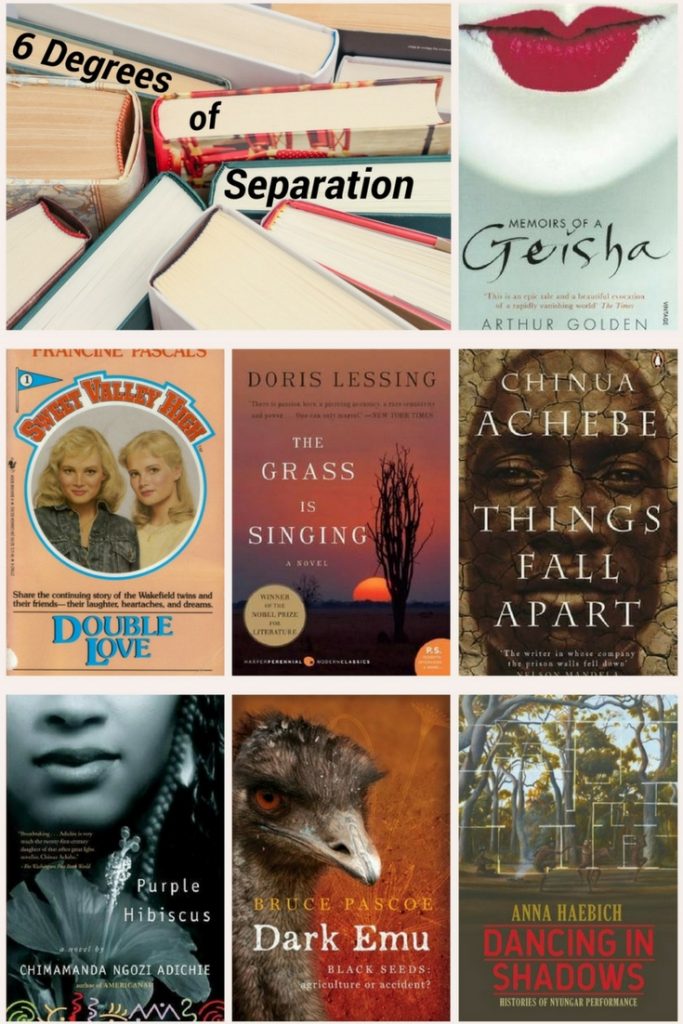 Previous Outside the Frame: On Belonging and Being Me
Next 15 Resources to Help Research Your Anzac Ancestors