6 Degrees of Separation: From The End of the Affair to Against Certain Capture 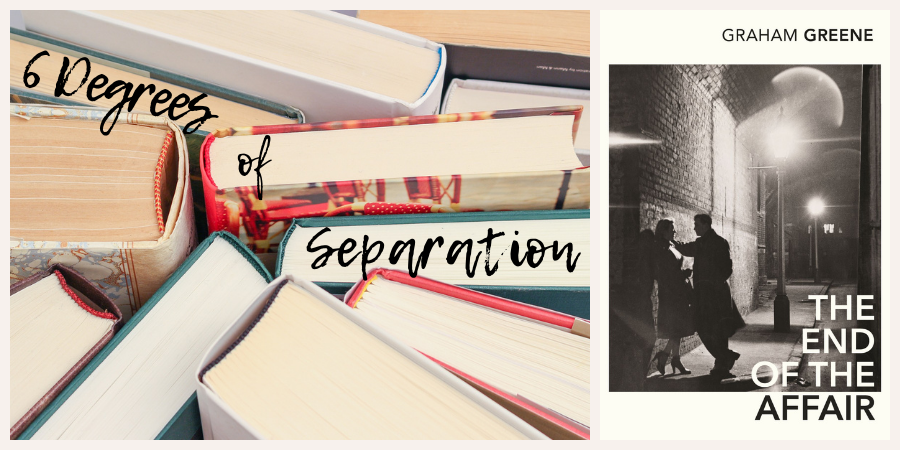 It’s been several months since I’ve participated in the bookish version of Six Degrees of Separation: begin with the same title as other readers and link it to six others in whatever random way the brain decides to make connections.

This month, the starting book is The End of the Affair by Graham Greene.

I could pretend that I’m familiar with Greene’s work; however, I can only admit that he is one of those authors I feel I probably should have read but haven’t (and I quite enjoy some of his quotes about writing).

The End of the Affair was published in 1951, along with other famous titles such as Catcher in the Rye by J.D Salinger, The Day of the Triffids by John Wyndham and Prince Caspian by C.S. Lewis. Prince Caspian was the second Narnia book published (the first being The Lion, The Witch and the Wardrobe in 1950), but the fourth in narrative order.

Australian author Kate Forsyth recently re-read a number of books by and about CS Lewis, which has made me want to do the same. In the meantime, I’m about to start reading one of Kate Forsyth’s books, Searching for Charlotte. Co-written with her sister Belinda Murrell, it is the story of their great-great-great-great-grandmother Charlotte Waring Atkinson, who was also Australia’s first children’s author.

Kate Grenville has also undertaken considerable searching when she set out to write about her ancestor. Those interested in her research journey will find Searching for the Secret River a fascinating read, particularly about her decision to tell the story (The Secret River) as fiction rather than history. 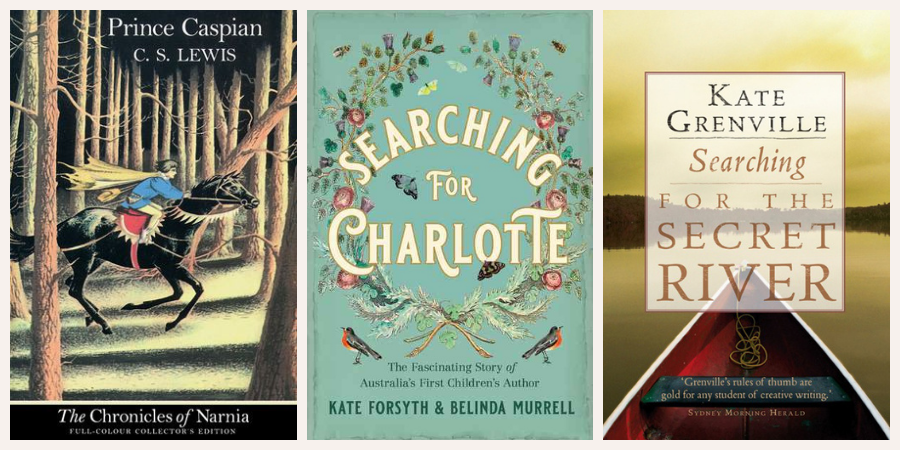 Julie Janson wrote her novel Benevolence in direct response to The Secret River, offering a First Nation’s perspective on the same period in Australian history. If you’re interested to hear more, you might enjoy listening to Claire Nichol’s interview with both Kate Grenville and Julie Janson on Radio National’s The Book Show.

Benevolence is published by Magabala Books, as is Homecoming by Elfie Shiosaki, one of the titles shortlisted for this year’s Stella Prize. Homecoming combines poetry, prose and historical colonial archives to tell the stories of four generations of Noongar women.

Another book of poetry that tells the stories of previous generations is Miriam Wei Wei Lo’s Against Certain Capture. Lo focuses on the lives of her two grandmothers, Liang Yue-Xian and Eva Sounness. 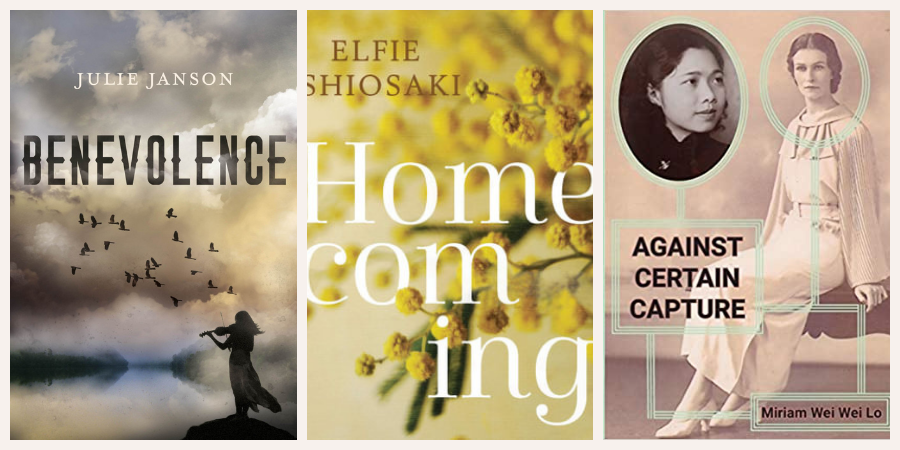 This month I began my Six Degrees meander in 1951 with a story set during the Blitz in London before traveling to the fantastical world of Narnia. I was then transported to 19th century Australia, with several books offering differing perspectives on the early decades of colonisation here before ending in poetic forms of inter-generational storytelling.

If you would like to see where this month’s Six Degrees of Separation led other readers, head over to the blog booksaremyfavouriteandbest, where you can read Kate’s chain and find links to others in the comments. 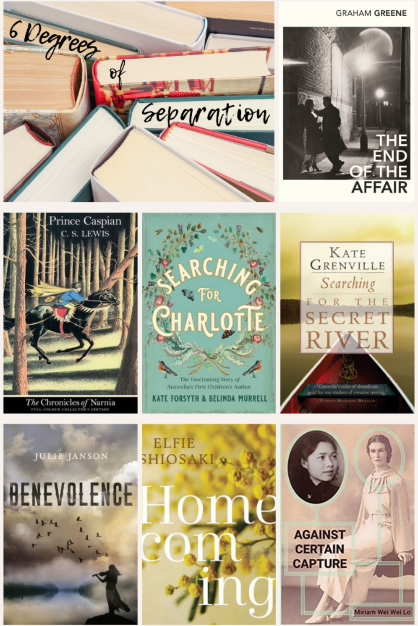