6 Degrees of Separation: From Vanity Fair to The Alchemist 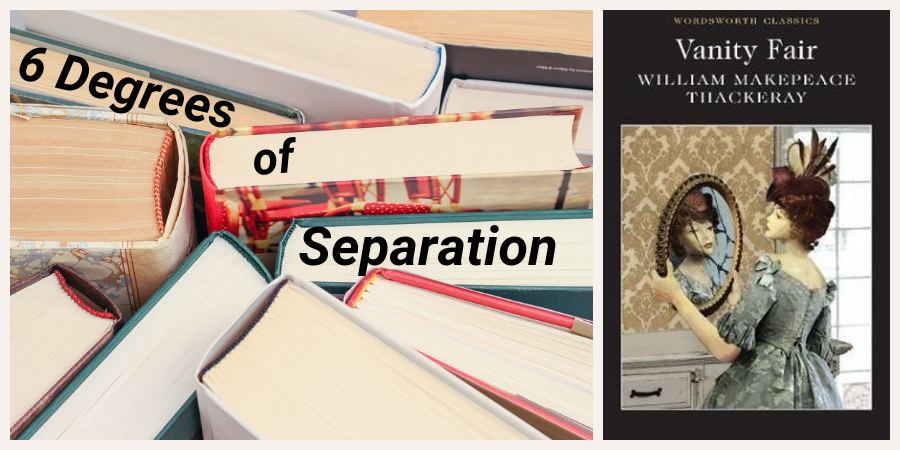 It’s once again time for Six Degrees of Separation. Start with the same book as other readers, link it to six other titles, and see where you end up.

This month, we’re starting with the classic Vanity Fair by William Makepeace Thackeray.

My Fair Lady has a word in common with Vanity Fair, and is based on George Bernard Shaw’s Pgymalion. Technically, this is a play rather than a book; however, I read the script while studying theatre at university.

George Bernard Shaw is apparently the only person to have been awarded with both an Oscar (1938) and a Nobel Prize for Literature (1925). Another winner of the Nobel Prize for Literature is Chilean Poet, Pablo Neruda. He won it in 1971 ‘for poetry that with the action of an elemental force brings alive a continent’s destiny and dreams’. One of his poetry collections is simply called Selected Poems.

Isabel Allende is another writer from Chile. I know I mentioned her in the previous Six Degrees of Separation, but I’ve been reading her work a lot lately. She wrote her first novel The House of the Sprits while in exile in Venezuela, after escaping Pinochet’s dictatorship in 1975. 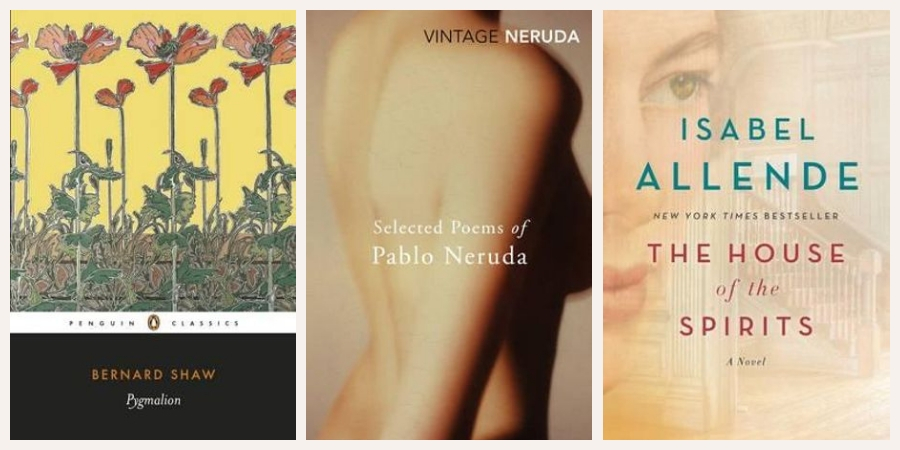 Another book in which a house is a central character is Bella and the Wandering House by Meg McKinlay. Bella wakes to discover her house has moved in the night. At first, her parents are too busy to notice, until one morning they find the house perched on the edge of a lake. Bella sets out to solve how and why her house feels the need to wander.

Like Once Upon a Small Rhinoceros, Paul Coelho’s book The Alchemist has a main character who wants to travel the world. Santiago’s journey ‘teaches us about the essential wisdom of listening to our hearts, or recognising opportunity and learning to read the omens strewn along life’s path, and, most importantly, to follow our dreams’. I confess I haven’t read Coelho’s book yet, but it is on my to-read list. 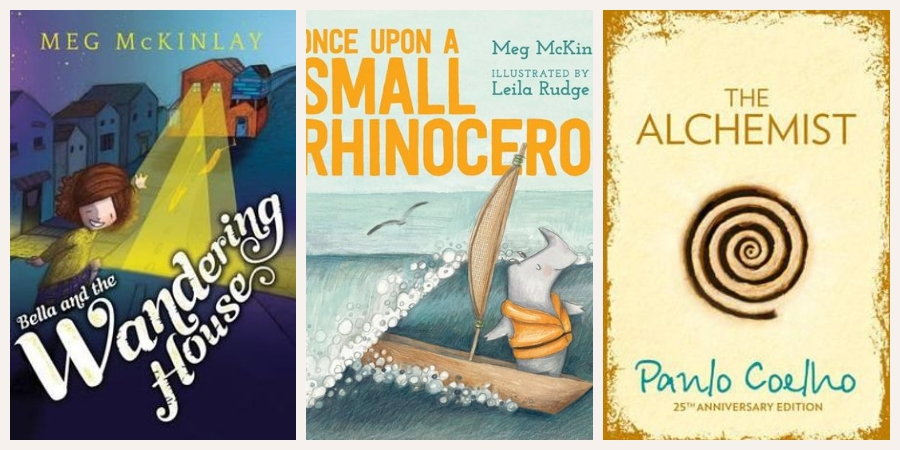 This month, I began with two stories set within the English class system of the 19th and early 20th centuries, before heading to the Chile in the 1970s. From there I travelled with a house, a rhinoceros and a young boy, whose journeys all explored notions of being true to yourself.

And be sure to head over to booksaremyfavouriteandbest, to see where it led Kate and other readers.

Next month (1 December 2018), we’ll be starting our chain with A Christmas Carol by Charles Dickens. 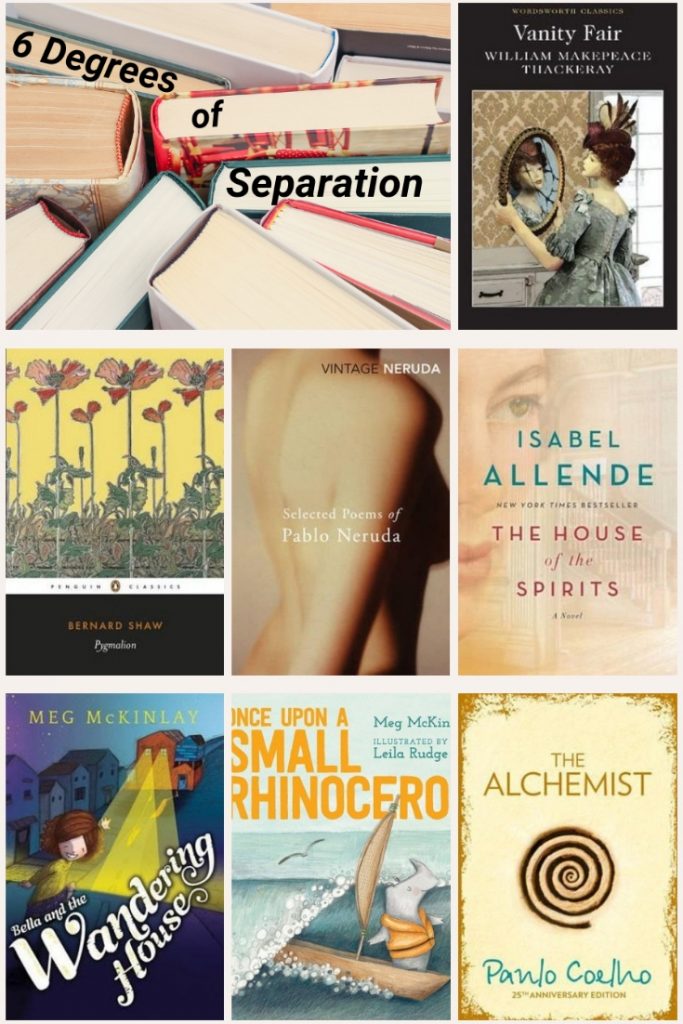 Previous 18 things that happened in 1918
Next I Will Remember Them: On the Centenary of the Armistice