I Will Remember Them: On the Centenary of the Armistice 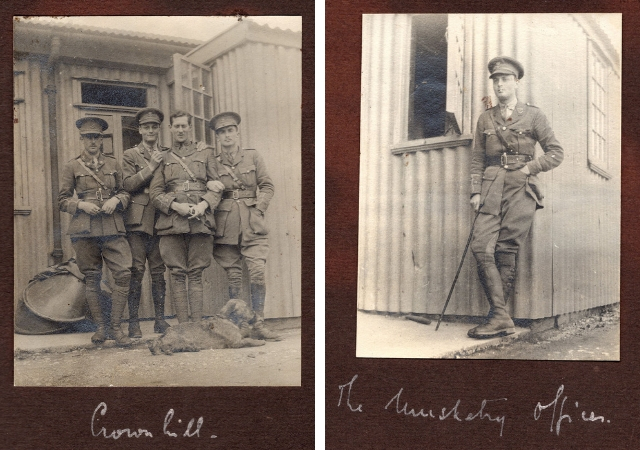 ‘Strange as it may seem, the one desire a normal young man had in the year 1915 was to go out to France to get killed. Of course, he did not think of it in those terms, his consuming obsession was to reach the front in time not to miss all the fun.’

These are the words of my great-grandfather, Edmund Matthew Prince, as he reflected on his First World War experiences.

Edmund had been out of school and in the workforce for little more than a year when Britain declared war in August 1914. Even then, he was a regular diarist and avid reader. He relished listening to classical music and attending the theatre. And he had a gift for languages, which would hold him in good stead during the war and beyond.

Within a month, English teenager Edmund had signed up, recording in his diary, ‘I feel I’ve done something and can therefore satisfy boring questioners!’

Like many men who enlisted early, he not only expected to ‘do his bit’ but hoped to embark on an adventure. According to Edmund, the young soldier ‘envied the glamour enhaloing those who returned from the front with a wound-strip, and paid little attention to the mounting casualty lists with their rather pessimistic prognosis of his chances of survival.’

While Edmund was impatient for an overseas posting, it would be almost two years before he actually headed to the front, after his foot was badly injured in a motorcycle accident. He was still in hospital when he received the news that his older brother Julius had been killed in the opening days of the Battle of Loos.

Although devasted by his loss, Edmund was still keen to see active service. He finally reached the Western Front in the summer of 1916, although almost immediately, he was sent to complete a trench mortar course. He returned to the 7th Battalion, Somerset Light Infantry in mid-September, just in time to find the men had been ‘badly mauled’ in the Battle of Flers-Courcelette. In his diary, which he continued to keep ‘against all regulations’, he lamented:

‘Seem fated to miss everything. Nearly everyone has been recommended for the MC and here I am just as raw as when I came out … Not even under fire yet.’

By the end of the war, however, Edmund would look upon those years ‘much more soberly’, borne out of witnessing the worst mankind had to offer.

When the Armistice was announced on 11 November 1918, much of the world celebrated. Still on the Western Front, Edmund recorded the moment in his diary the following day (and yes, the exclamation marks and capitals are his):

‘We reached here [Saltaine] yesterday. Horrible lengthy march across the country. Billets none too good … Armistice has been signed and HOSTILITIES CEASED!! At 11 am yesterday!! Too hard to believe that the old war is really over! I wonder what is in store for us. Shall we go on marching into Germany? Should really be quite interesting.’

For men like Edmund, the Armistice didn’t mean an immediate downing of tools and heading home. Edmund remained in France for another eleven months, in a variety of roles including taking charge of a company within his battalion, guarding POWs and acting as an interpreter (he could speak German).

While we remember the fallen, such as my great-grandfather’s brother, Julius, who lay where he fell, others such as Edmund did eventually return home. Often the war returned home with them.

This older Edmund, now a Captain in the army, was very different to the teenager who first enlisted in 1914. Replacing the boy eager to reach the front was a man who’d witnessed a great deal of pain, death and destruction. Added to this was his personal grief at the loss of his brother, and the much earlier loss of his mother when he was four, which set him up for a life ‘clouded by constant sadness’. His son – my grandfather – remembers him as a ‘brilliant conversationalist’ but ‘reserved and introspective’. Almost certainly, his war experiences ‘destroyed any capacity for faith’.

Yet some things endured. Edmund’s diaries reveal a boy – and then a man – who loved literature, writing, theatre and music. I never had the chance to meet my great-grandfather, but the legacy of those life-long interests can be seen down the generations. I’m sure I owe, at least in part, my passion for books and writing to him, and for that I will always be grateful.

So, this Remembrance Day – 100 years since the signing of the Armistice – I’ll be thinking of my great-grandfather who returned, his brother who did not, and their families who were also affected by the war service of those men.

I will remember them. 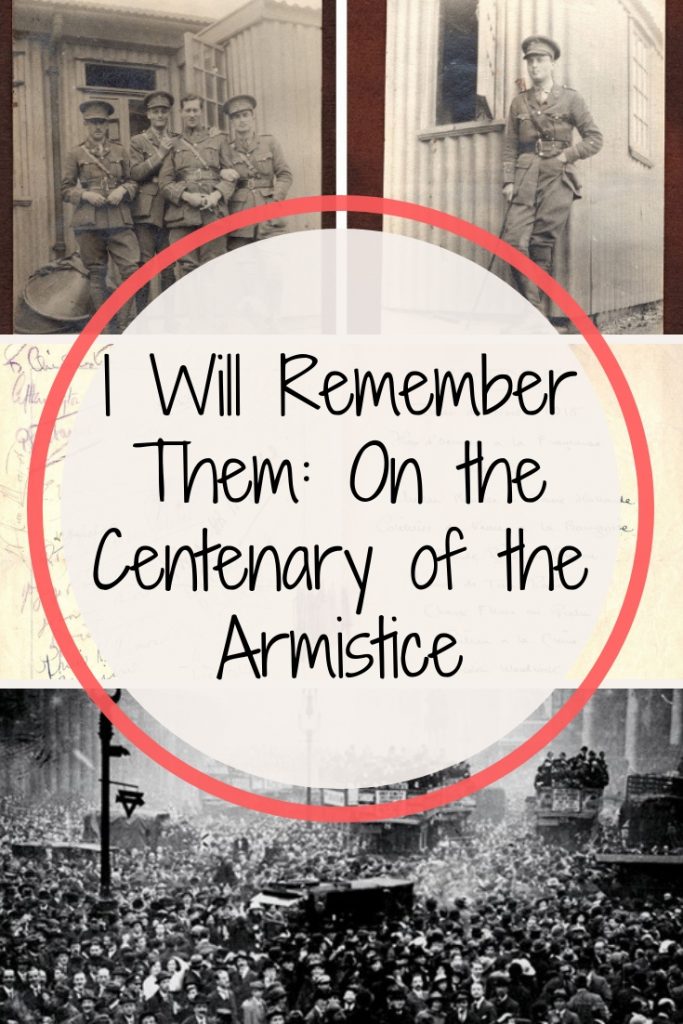 Previous 6 Degrees of Separation: From Vanity Fair to The Alchemist
Next The Cost of Speaking Up