Discarded Manuscripts, Diving In and Other News 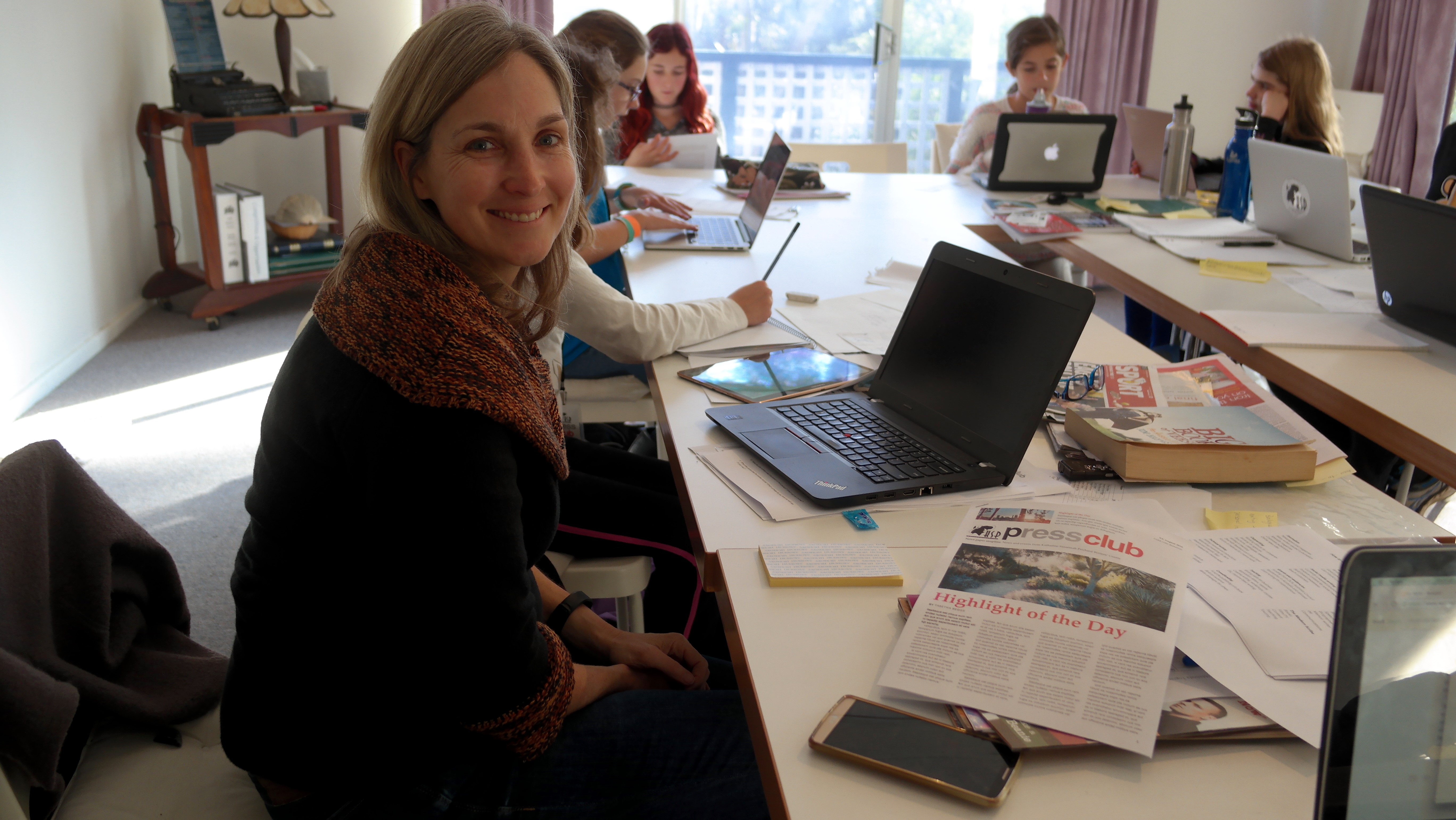 My writing journey has involved traversing a long, winding path with numerous detours and roadblocks, sometimes entire landslides, but I’m slowly learning that nothing we do or experience is wasted – even discarded words and manuscripts.

I really do believe that without the countless writing exercises I’ve attempted, hundreds of thousands of words scribbled in my journals, and my six-times rejected novel languishing on a high shelf, I would never have eventually written the words that became Many Hearts, One Voice.

It should therefore follow that my years of running youth groups, teaching high school English, facilitating autobiography classes and kids writing workshops, and interviewing war widows would prepare me for the speaking opportunities that have arisen since my book was launched.

Those previous experiences have certainly developed valuable skills, but that doesn’t stop the nerves kicking in. There’s still a part of me that imagines an upcoming event being cancelled so I can remain at home, behind the safety shield of my computer screen.

In the hours leading up to an event, a nervous energy builds inside me, a feeling that’s reminiscent of my competitive swimming days as a teenager. The heats were always in the morning, and then I had hours to fill until the evening finals. The waiting is what did my head in. By the time I returned to the pool, my stomach was churning. Once, I was so physically ill, I pulled out of my breast stroke final, the event in which I was most likely to take home a medal. Nothing my coach said could persuade me to rise above the fear and step up onto the blocks.

Perhaps you can relate.

As I’ve mentioned in previous posts, I’ve been making a conscious decision to say yes, instead of shying away from the opportunities offered to me. This writing life – the physical glue-my-bum-to-the-chair writing (and associated procrastination games) as well as speaking engagements and workshop facilitation – is what I’ve spent years working towards. I am living my dream.

So, I’ve been choosing to step up onto the blocks and dive in when the starter’s gun sounds, because once I hit the water, I’m not only fine, I actually enjoy it. To that end, there’s been a lot happening, and I really am grateful to be able to speak to readers about Many Hearts, One Voice, as well as walk alongside other writers of all ages.

During the July school holidays, I spent a day with a group of young writers at the KSP Writers’ Centre. We explored the art of asking good interview questions and practised our new skills on visiting author, Goldie Alexander, who has written over 80 books. Later, participants selected their preferred writing form, which included book reviews, news stories, personal essays and fiction. They then prepared a submission for the KSP Press Club Literary Zine, which will be published this week.

Workshops like these have all the bits of teaching I always loved: encouraging, supporting and investing in the lives of young people – but without all the administration and grading that used to exhaust me. 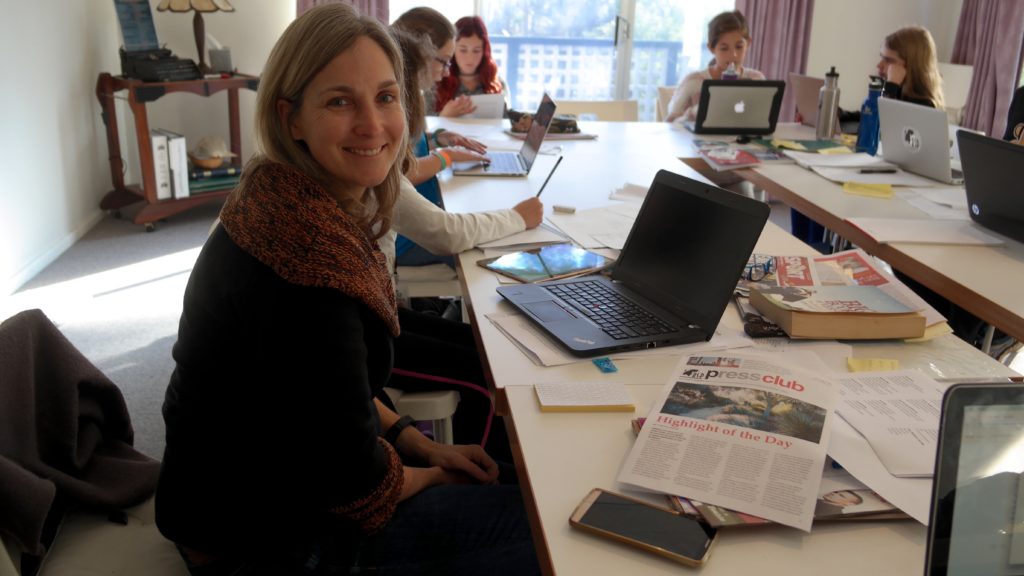 On Wednesday, 20 July, I joined Liz Byrski and Rosemary Sayer at the Centre for Stories to chat about our recent books. It was a wonderful evening with an engaged audience who braved the wintry weather to join in our discussion about interviewing, transcribing and adapting stories for the written form.

As an added bonus, we were treated to the foodie delights of Fauzia Sufizafa, whose story is included in Rosemary Sayer’s book. Discover a little more about Fauzia’s story, and enquire about her catering business and sample menus, via the More to the Story website.

We were all having such a good time, that nobody thought to take any photos, so you’ll have to be content with images of our books instead. By the way, if you haven’t read More to the Story: conversations with refugees by Rosemary Sayer or In Love and War: nursing heroes by Liz Byrski, then I highly recommend both. 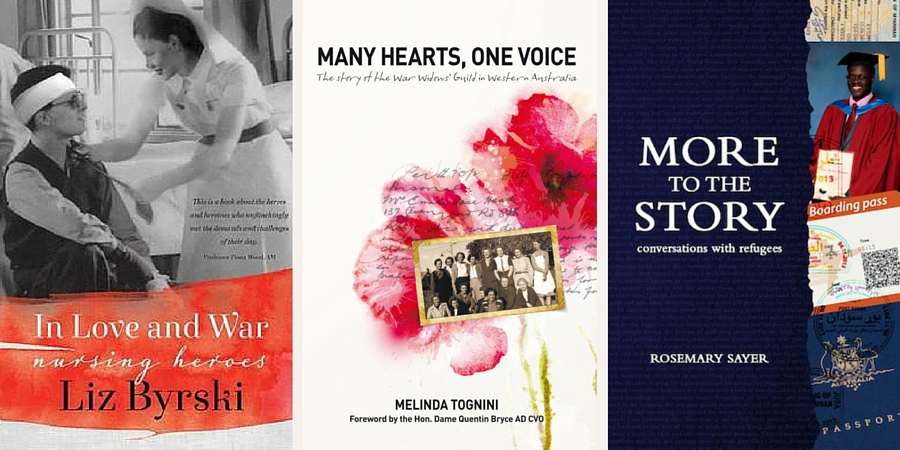 I recently began teaching a new course at the Willagee Community Centre. The series of five workshops (run on a fortnightly basis to allow for writing time in between) is aimed at those who’ve been researching their family history, but would like ongoing support to collate their mess of information and primary sources into a narrative others want to read. The class filled within a week of advertising, but if it’s something you’re interested in, please get in touch and we’ll see what else can be organised.

On Saturday 6 August, I’ll be presenting a workshop on family trees and social histories to 70 teacher assistants at the annual conference of the West Australian Association of Teacher Assistants (WAATA). I hope to equip participants with practical but creative activities and resources to take back to their classrooms.

As a follow-on from the KSP Press Club workshop in the school holidays, I’ll be running a similar program, this time over two mornings, at the Avon Valley Readers and Writers Festival. It should be a wonderful weekend, whether the young person in your life signs up to my workshop, or you attend one of the other sessions, which feature wonderful West Australian writers such Rashida Murphy, Dianne Wolfer, Wendy Binks and Brooke Davis.

Finally, I’m excited to announce that I have a personal essay appearing in the upcoming anthology, Writing the Dream, which has been edited by Monique Mulligan and is being published by Serenity Press. My piece will appear alongside work by the likes of Natasha Lester, Juliet Marillier and Deborah Burrows – and I love the cover! The anthology will be launched in November, which is quickly becoming another busy month for me, but more of that another time.

This returns me to my opening paragraph, where I wrote about nothing being wasted, even the words we discard. It took me four false starts and almost 7,000 words before I finally found the 2,500 words that became my final submission – about creativity and courage – for Writing the Dream. 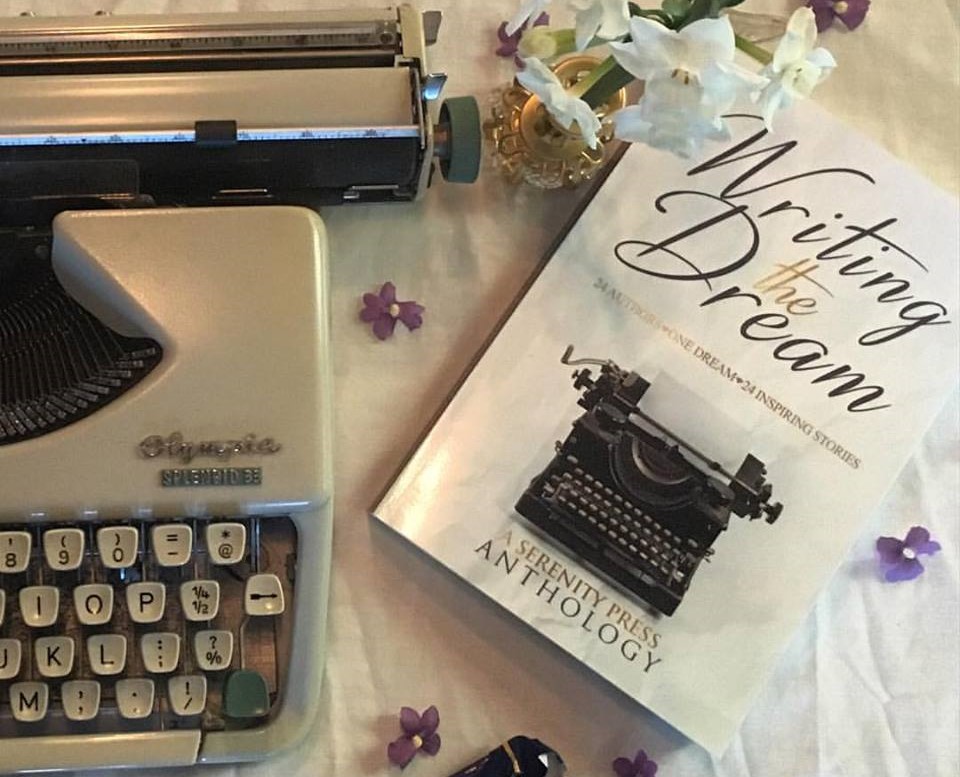 What detours, roadblocks or even landslides in your life (not necessarily writing related) ended up leading you or contributing to where you are, or want to be?

What are the ‘starting blocks’ you need to step up on to, ready to dive in?

Previous From Dressmaker to OAM: Edna Richardson’s Story
Next Top 10 Tuesday: 10 Books I’d Buy Right This Second if Someone Handed Me a Fully Loaded Gift Card