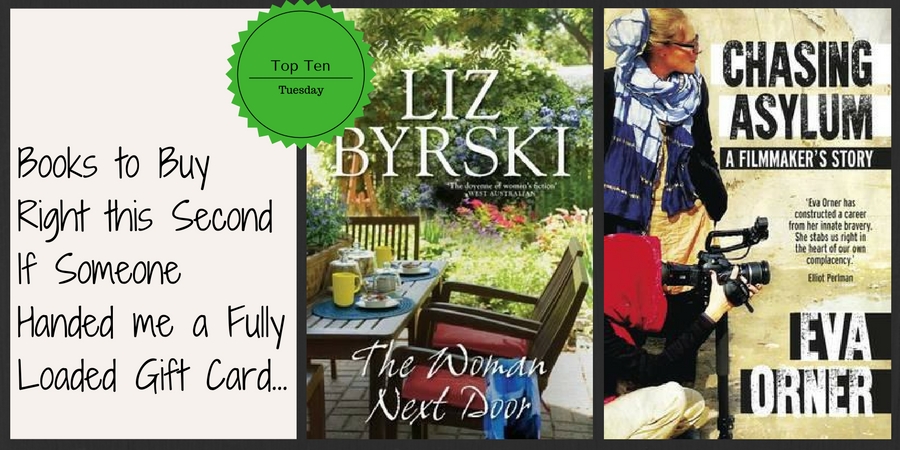 Top Ten Tuesday is a meme hosted by a bunch of ‘college aged and twenty somethings’ over at Broke and the Bookish, who would ‘spend every last penny on books even if it meant skipping a few meals’. One of their Top Ten Tuesday topics is ‘Ten books you’d buy right this second if someone handed you a fully loaded gift card’. I’m not exactly sure how much ‘fully loaded’ equates to, but I do have several book vouchers to spend and I’ve been adding titles to a sticky note on my desk, so this particular list really appealed to me.

NB: These are books I do not already own and, therefore, I have not included any titles already on my leaning tower of a to-read pile next to my bed.

1. The Woman Next Door by Liz Byrski. I believe Liz Byrski started writing novels such as this one because of the dearth of older, female characters in fiction. I discovered her fiction by ‘accident’ at my local library, realised I’d already read some of her non-fiction, and have recently had the delightful privilege of appearing with her on two literary panels.

2. Chasing Asylum: A Filmmakers’ Story by  Eva Orner. Eva Orner returned from the United States to make a documentary about Australia’s ‘woefully inadequate’ treatment of asylum seekers. This is her memoir about her journey to making Chasing Asylum.

3. The Historian’s Daughter by Rashida Murphy. I’m fascinated by the story itself, but also personally excited to see Rashida publish this book, after initially meeting her in a writing group at least fifteen years ago.

4. The Rugmaker of Mazar-e-Sharif by Najaf Mazari and Robert Hillman. This book has been recommended to me by several people because of my interest in stories about people seeking asylum outside their own country.

5. The Road to Winter by Mark Smith. Although dystopian fiction are dark by definition, I’m curious to read about the future Australia as imagined by Mark Smith. 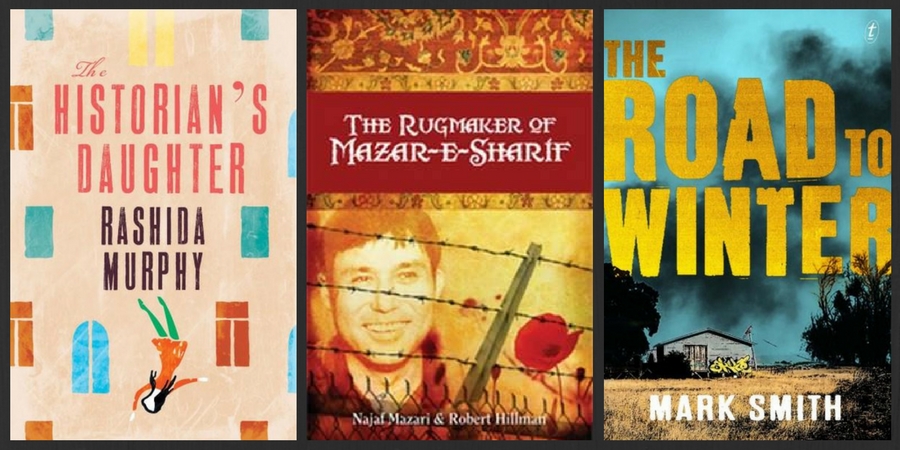 6. The Morning They Came for Us: Dispatches from Syria by Janine di Giovanni. About twenty years ago, I read Christobel Mattingley’s book, Escape from Sarajevo, about a family’s escape from Sarajevo during the Bosnian War. I was struck by how this family’s life before the war was not that all that different to my own, and I wonder whether Then They Came for Us will evoke a similar response.

7. The Paper House by Anna Spargo-Ryan. I’ve heard wonderful things about this debut novel, and was prompted to include it after seeing it on Kate’s list over at booksaremyfavouriteandbest.

8. Hijabi Girl by Hazel Edwards and Ozge Alkan. We need more books with characters from diverse backgrounds, so that the students I work with can see themselves in the stories they read. 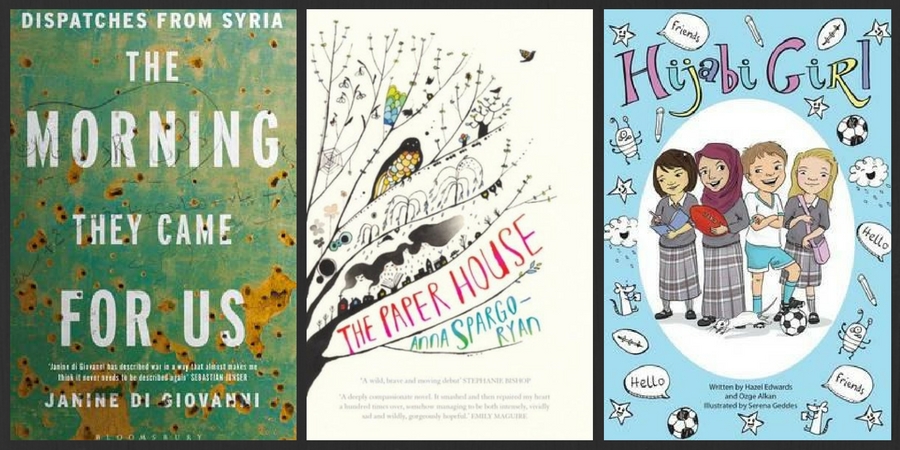 9. Thelma the Unicorn by Aaron Blabey. I didn’t really think I was into unicorns, but Blabey’s Pig the Pug books are a hit at 12 Buckets, where I spend time each week mentoring primary school students, so I checked out the video of him reading Thelma the Unicorn.

As a result, I’ve decided  I need to add Thelma the Unicorn to the 12 Buckets bookshelf (although for some reason I keep wanting to call her Zelma).

10. Ada’s Violin: The Story of the Recycled Orchestra of Paraguay by Susan Hood, with illustrations by Sally Wern Comport. I discovered this by looking at other bloggers’ top ten lists, but thought this would also be great on the shelf at 12 Buckets. 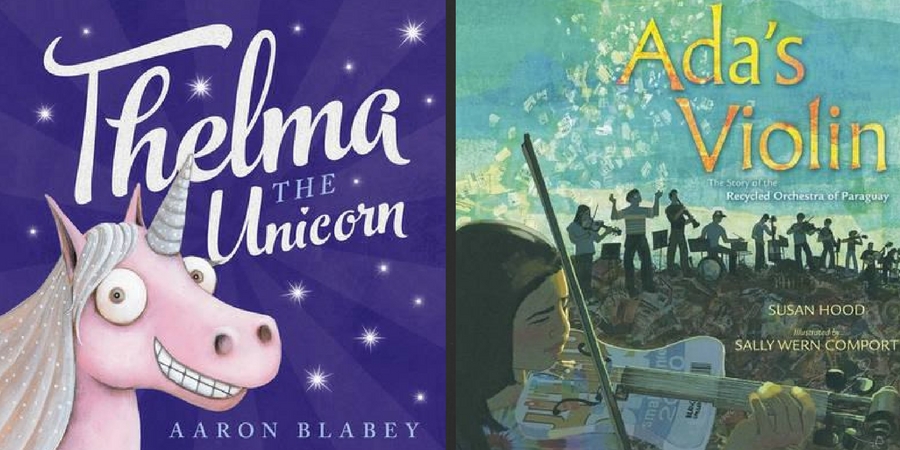 What books would you include on your top ten books to buy right this second if someone handed you a fully loaded gift card? 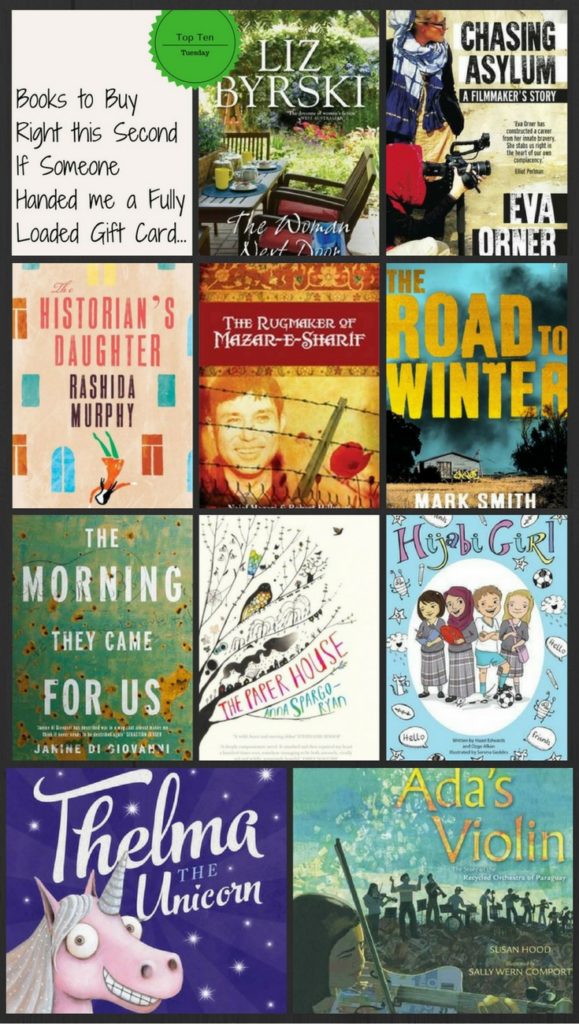 Previous Discarded Manuscripts, Diving In and Other News
Next 6 Degrees of Separation: Year of Wonders