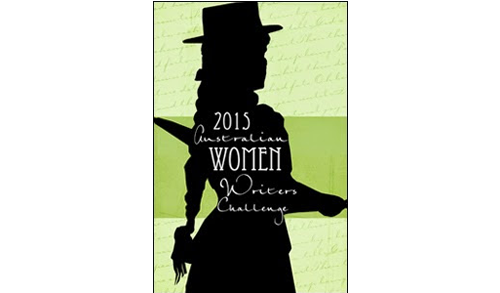 This Sunday, 8 March marks International Women’s Day, where we are encouraged to recognise the achievements of women, while calling for great equality.

And it’s not only men who need to do their part, argues my sister-in-law, Gemma Tognini, a former television journalist, who founded and is now managing director of corporate communication and PR firm, gtmedia:

What I also believe, strongly and from my own experience, is there is an important thread to this conversation that only women can address, and until we do, no lasting or meaningful change can occur.  Put simply, it’s time for the Mean Girls to grow up.

Gemma’s article goes on to say that we need to:

cheer for each other without fear of somehow missing out.

Gemma writes about her experiences in the media and business worlds, but I’ve witnessed it elsewhere, too, including parenting websites and ‘mummy’ blogs. And look at the trolls that came out when Tara Moss chose to speak up about domestic violence. Sadly these are not isolated incidents.

As someone who was once a teenage girl, and more recently a teacher and mother, I have seen the claws come out at a very early age. But how can we expect anything different from our girls unless we show them an alternative way of being? Unless we champion the cause of other women, instead of seeing them as competition.

One woman leading the way is Elizabeth Lhuede. In 2012, she set up the Australian Women Writers Challenge after discovering that male authors were more likely to have their books reviewed than their female counterparts. According to VIDA – Women in Literary Arts, the gender inequality is evident in the book reviews published in major US magazines and journals. Crikey has published an equivalent review, conducted by Bookseller+Publisher, of a number of major Australian newspapers and magazines, with similar results, although with some notable exceptions such as the West Australian. Tara Moss and Jane Sullivan have also written about this imbalance.

This is not because we lack quality writing by women. To the contrary. I could spend this entire year reading only books by Australian women and still not get through an incredible to-read pile. Yet many of them struggle to make a decent living for their hard work or receive the recognition they deserve.

So, in the spirit of Gemma’s words to ‘cheer for each other without fear of somehow missing out’, and the philosophy of my blog  to create space for stories that enable others to flourish, I am joining the Australian Women Writers Challenge.

There are four levels of the Challenge to choose from:

I’ve selected the ‘Miles’ level this time round.

Participating in the Challenge doesn’t mean that I will love every book I read. Nor does it mean I will ignore books by men, but I will be choosing to encourage other writers rather than denigrate them for the sake of a critique. Why not join me?