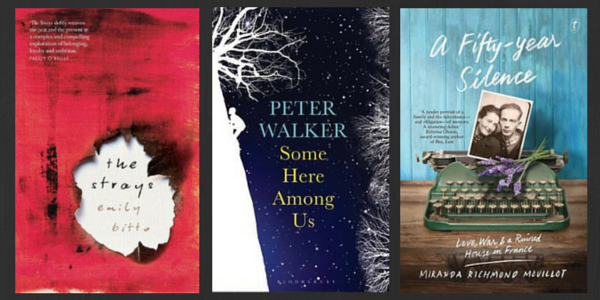 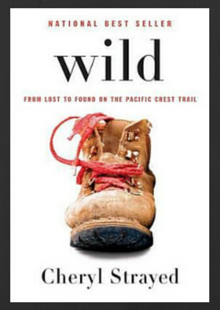 Welcome to the March edition of Six Degrees of Separation, a meme in which authors Annabel Smith and Emma Chapman choose a book, and we link it to six others in any way that comes to mind. This month, that book is Wild by Cheryl Strayed.

As I’ve been reflecting on the 2015 Perth Writers Festival, and my ever growing to-read pile, Cheryl Strayed immediately made me think of The Strays by Emily Bitto, one of the writers I had the chance to hear over the weekend. I trust that the connection is obvious (hint: it’s not the subject matter). The Strays is set in 1930s Australia and centres around young Lily, who befriends the daughter of an avant-garde painter, Evan Trentham. Evan invites like-minded artists into his home, and Lily is swept up into this world. It is only in later years that she begins to question what she saw and remembered from that time.

At the Perth Writers Festival Emily Bitto and Peter Walker, author of  Some Here Among Us, shared a session about ‘how life is shaped by memory and the stories we tell’. Like The Strays, Walker’s novel moves between two time periods decades apart, this time that of the Vietnam War and the aftermath of September 11.

A Fifty-year Silence by Miranda Richmond Mouillot features a major world conflict, too, this time the Second World War. Mouillot has written a memoir about her Jewish grandparents, Anna and Armand, who survive the Holocaust and settle in France. But one day Anna walks out, taking her typewriter and the children. They never spoke to one another again. This book is the story of how Mouillot discovered the story behind her grandparents’ silence.

Mouillet shared the spotlight with Kristina Olsson, who has also written a memoir about her family in Boy, Lost. Olsson’s mother escaped an abusive relationship but had her son snatched from her as she boarded the train that promised her safety. She would not see him again for almost forty years. Kristina Olsson, the first child of a second marriage, grew up knowing nothing about this part of her mother’s life. Even so, she sensed her mother’s sorrow and saw its effects reverberating through the generations. If the small extract Olsson read aloud is any indication, this will be an extraordinary read.

A collection of short stories that deals with several generations of one family is Heat and Light, the debut collection from Queensland writer Ellen Van Neerven. And another book of short stories I had to buy is Foreign Soil by Maxine Beneba Clarke, whose settings are as varied as her characters. Coincidentally, both of these have been shortlisted for the Stella Prize , as has The Strays.

I began with a memoir about a woman’s cross-country hike and finished with some quality short fiction that crosses countries and cultures. Where might Six Degrees of Separation take you this month? Be sure to check out where it led Annabel Smith and Emma Chapman.

And in honour of a wonderful weekend listening to and being inspired by writers at this year’s Perth Writers Festival, here are several others I purchased while I had the chance to be a literary groupie and collect autographs: