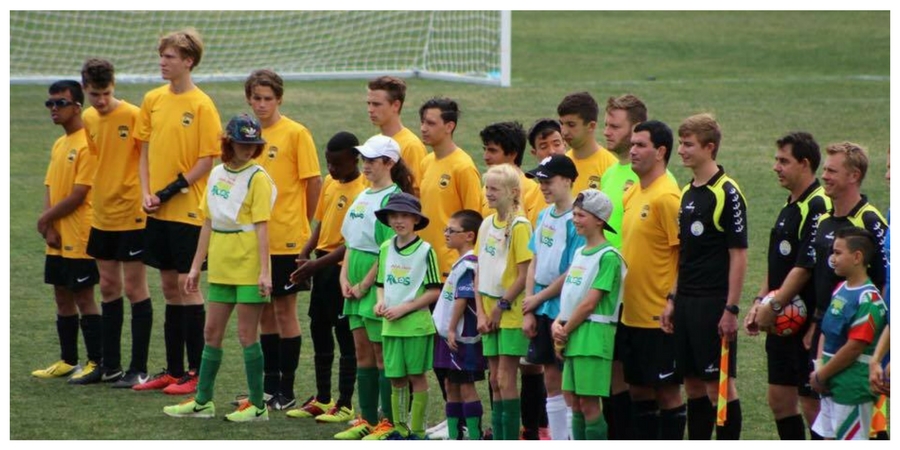 One of the purposes of my blog, Treefall Writing – and indeed why I write at all – is to ‘create a gap for invisible stories to flourish and be heard’.

It’s why I chose to research and write about war widows in my first book, Many Hearts, One Voice. It’s why my current work-in-progress is about someone travelling by boat to seek asylum in Australia. And it’s the reason my friend Janine tagged me in a Facebook post when Western Australian Paralympian Pat Amato requested someone to help him tell his story.

Pat and I met in a cafe and we chatted informally about his life, interests and how he came to represent Western Australia in his chosen sport. As he talked, it struck me that it wasn’t attention for himself he was seeking; instead he wanted to raise the profile of Paralympian Football and encourage others, especially youngsters, who could benefit from being involved.

Read on to hear the stories of Pat Amato and his teammate, rising star Nicholas Prescott. Along the way, you’ll also discover the sport they love and their dreams for the future. 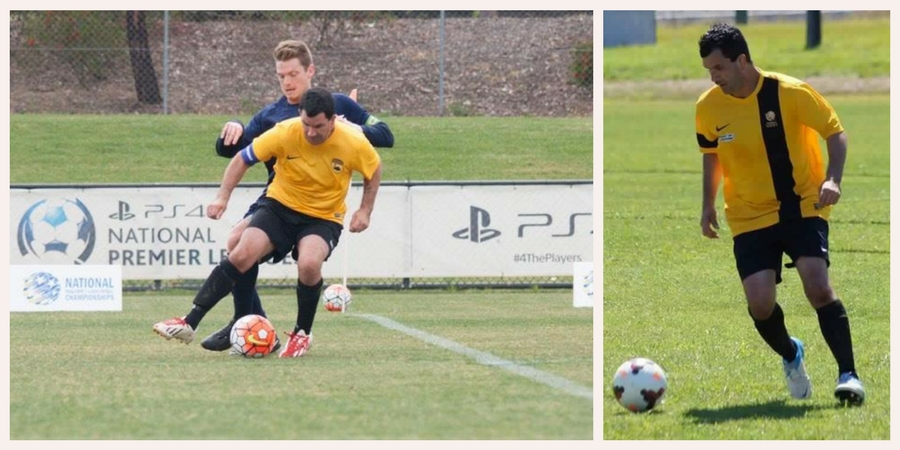 Pat Amato is a self-confessed football tragic, but says he was a late starter. ‘I was 12 or 13 when I first started playing soccer.’

Pat, who was born with cerebral palsy (CP) and an acquired brain injury (ABI) adds that as a kid, he tried out several sports, including AFL, basketball, softball and athletics.

He didn’t particularly enjoy any of them, until his Papa introduced him to Dutch footballer, Johan Cruyff. Cruyff had represented Holland in the 1974 FIFA World Cup, and helped secure them a spot in the final against West Germany. Cruyff became Pat’s idol, and football the sport the youngster wanted to play.

After leaving school, he continued playing able-bodied football, although his movement discord was increasing in severity as a result of his medication. Then, at just 21, Pat suffered a stroke. He doesn’t remember much about the event itself, but says it was a shock to wake from two weeks in a coma, and face another year in a wheelchair.

He credits his friends for helping him return to the sport he loves. ‘They were always there for me and had faith in me to come back to football. They were my inspiration to come back to play with them.’

He finally began playing again in 2014, when a friend invited him to join the Football West Hub League. It was there Pat met ex-Pararoo player, David Cantoni.

‘David Cantoni spotted me playing in the Football West Hub League and asked me about my CP and ABI,’ Pat says. ‘I had no idea I could represent WA before he spoke to me.’

The conversation resulted in Pat joining the WA Paralympic Footbal (WAPF) program, which had begun in 2010 under the Cantoni’s direction with the support of current Pararoos goalkeeper, Chris Barty.

Paralympic Football is a 7-a-side variant of football, and is open to players with a mobility impairment induced from neurological trauma, such as cerebral palsy, acquired brain injury or stroke.

According to Gary Lees from Rebound WA (previously Wheelchair Sports), the ultimate goal of the program is to ‘provide an opportunity for participants to enter into a fun, social and supportive program, which caters to their needs and allows them to play sport amongs peers … if those players can then go on to represent WA or Australia then that is a fantastic bonus.’

‘WAPF, like all player development pathways in Football West, has ongoing goals of supporting players to reach the highest level their ambition and effort permits. This includes a state and national representative level and ultimately achieving glory for Australia at the Paralympic World Championships.’

Pat Amato was first selected for the state representative team in 2014, competing in the Paralympic Football National Championship that year, and again in 2015.

‘I trained hard and it paid off,’ he says.

Pat’s commitment to the sport includes travelling from Mandurah to Maylands for each training session. ‘Pat is a very passionate footballer,’ says assistant coach, Michael Owens. ‘He’s always the first at training; he takes it very seriously, works hard and is always keen to learn new things.’

After being awarded Most Valuable Player (MVP) in 2015 (and again the following year) for his leadership, team work and the well-earned respect of his coach and teammates, Pat was promoted to captain of the state side in 2016.

‘It was an honour to be named captain, and to lead the squad to the final against NSW.’

Although WA lost the final, it was a ‘really proud tournament’ for the side. Pat was pleased to see a number of younger players perform well, including 17-year-old Nicholas Prescott. 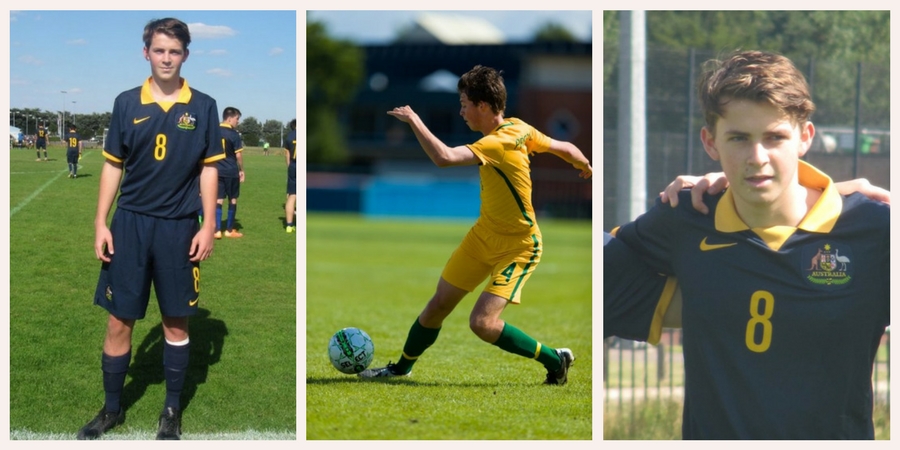 The youngest of three boys and currently in his final year of school, Nick Prescott was born in Zimbabwe, before moving with his family to Australia. At age 2, he was diagnosed with cerebral palsy (CP) and began a series of six-monthly botox injections.

Muscles affected by CP are generally tight and don’t stretch as they should; botox helps them to relax. For Nick, when combined with intensive physio and stretching, the treatment improves his gait, and thus his ability to walk and run.

Nick began playing football for local club Joondalup City at the age of 5, and was only 10 when invited to be part of the WAPF program. He won state selection for the Nationals in 2012, the first time WA had ever fielded a team. Since then, he hasn’t missed a year and loves being part of the team:

‘It is good to play with other athletes who understand me. We have great banter on and off the pitch. It is very easy and comfortable being part of this team.’

Playing at both club level and the WAPF team takes up much of Nick’s time, although he also manages to fit in being a ground marshal for his club and working as an indoor soccer referee, in addition to the demands of year 12.

So, what are Nick’s hopes for the future? ‘I would like to keep playing for the WA team, and want to cement my place in the Pararoos and play for them for many years.’

This appears a very real possibility, given he has already travelled overseas with the national team. ‘I have been to England and Denmark so far and been able to represent Australia, which has been very exciting and amazing.’ And just this past week, he’s been named among those selected for the Pararoos training camp in June.

Pat Amato believes Nick has ‘the world at his feet’.

‘I see Nick as a talented Paralympic footballer. He is a one-of-a-kind footballer and a team player; I see him as the next captain of the Pararoos.’

The admiration goes both ways. Nick says Pat is an integral part of the state team. ‘He’s very dedicated to the WAPF team and never misses a training session. He is good for the team spirit and always makes sure everyone is okay. Pat absolutely loves everything about football – from being a player to a great supporter of Liverpool.’

And away from football? Pat loves his Italian family and heritage. He’s a proud uncle to his sister’s girls and dreams  of having a family of his own. ‘I would one day love to coach my kids in soccer.’

But as I discovered when I first met Pat, this isn’t really about telling his own life story; it’s about encouraging others, particulary young people with cerebral palsy or an acquired brain injury, to get involved.

An All-Abilities Futsal competition runs in summer, as well as the winter competition season, which includes the inclusive Equal Football Division. Paralympic training is ongoing for most of the year.

Gordon Duus says that prospective players can ‘simply turn up to a training session and ‘discover the fun and challenges’.

Michael Owens, adds, ‘All are welcome as you never know if we have the next Pararoo hiding among us, waiting to be discovered.’

If you’d like more information about how to participate, head to the Football West website, where you’ll find details about its All Abilities Inclusion program and the WAPF program.

If that doesn’t answer your questions, feel free to contact me, and I’ll put you in touch with someone who can answer them for you.

I’ll leave the final words for Pat and Nick.

Pat wants others to know: ‘You are not alone with a disability. We are like everyone else.’

‘Come and give it a go,’ Nick adds. ‘You never know where it might lead.’ 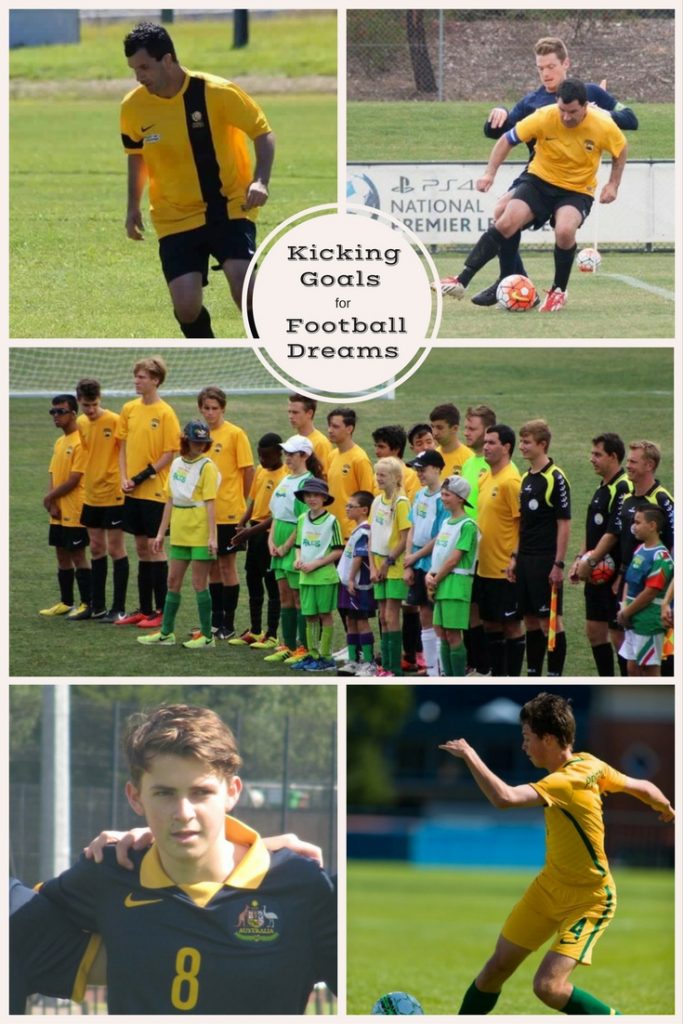 Previous 6 Degrees of Separation: From The Slap to Half the Sky
Next Reading Recommendations from my Bookshelf