Reading Recommendations from my Bookshelf 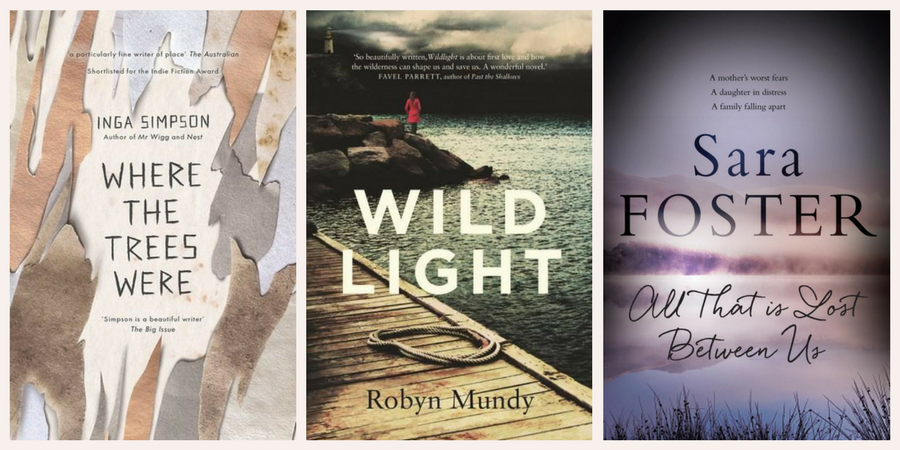 Some people spend their spare cash on fashion – a little retail therapy when life’s not travelling according to plan. Others can’t resist purchasing one more bicycle (yes, I’m looking at you, Dear Husband). Me? I find it difficult to resist a good book. There’s always another newly released title to add to my ever growing to-read pile.

So, I signed up to three reading challenges in 2017, two of which encourage me to read books already on my shelves. The first, the TBR Dare, officially finished on 1 April. It didn’t ban me from buying books; I just couldn’t read them untl after it ended. I was also permitted to include any reserved library books. The second challenge, the Mount TBR Challenge, continues throughout the year, but is strict about needing to own the books prior to 1 January.

Below are a selection of titles that formed part of my TBR Dare and Mount TBR Challenges in 2017. Some will also qualify for the Australian Women Writers Challenge. As an aside, I figure that writers in this country have a hard-enough time making a living from their books, so I’ve opted to focus on books I’d offer to lend you because I think you’d enjoy reading them. Thus, they’re more recommendations than reviews in the strictest sense.

Where the Trees Were by Inga Simpson

As a youngster, Jay and her friends discover a grove of carved trees, but their attempts to protect it end in tragedy (this isn’t a spoiler; it’s suggested in the blurb). Almost two decades later, Jay (now Jayne) has a chance to make amends, and the novel alternates between these two periods of her life.

Although the setting of this book is in a different part of the country than the area in which I grew up, Where the Trees Were was nonetheless reminiscent of my own growing up in rural Australia. I’d never heard of arborglyphs before reading Inga Simpson’s novel, but I too grew up on land belonging to Aboriginal people, and as an adult have wanted to reconnect and make amends for my ignorance and lack of engagement back then.

Reading as a writer: Where the Trees Were alternates between two time periods. The earlier time period, when Jay is a child growing up in the country, is told in first person; the present day is in third-person, although still through Jay’s eyes, although she is now referred to as Jayne, perhaps to suggest her adult self. While I enjoyed both storylines, I did feel closer to the younger Jay, although I’m not sure whether this is because of the first-person point of view, or because I identified with the girl growing up in the bush.

Where the Trees Were is one of those books that makes me want to seek out what else the author has written. Aside from connecting to the story itself, I simply love the eloquent and poetic way Inga Simpson strings words together.

Rather than alternating between two time periods, Wildlight begins and ends in the present day (2015) with the main character, Stephanie, as an adult. The majority of the book, however, is a coming-of-age story about 17-year-old Steph, who finds herself living on a remote island off the coast of Tasmanian in 1999. In contrast to Jay in Where the Trees Were, Steph is without her close group of friends – until she meets 19-year-old Tom, who’s a deckhand on his brother’s cray-fishing boat.

Reading as a writer: I’ve heard that some agents and publishers are not keen on prologues, but Robyn Mundy certainly had me hooked with the final lines of hers:

‘A name shimmies off the page, her chest held tight by the words. Tom Forrest. Her first lover. The boy that drowned at nineteen off Maatsuyker Island.’

Those few sentences had me wanting to know about this Tom, his relationship with Steph – and, of course, how someone who drowned at nineteen could be staring at her from the pages of a magazine sixteen years later.

Wildlight is an enthralling story about loss and grief, and whether lost chances can be recovered or rediscovered.

All That is Lost Between Us by Sara Foster

Although I’ve read Sara Foster’s earlier novel, Beneath the Shadows and enjoyed it, I initially resisted All That is Lost Between Us because I didn’t know if I wanted to read about a teenager whose ‘secret is about to go viral’. But the story is so much more.

Reading as a writer: The story is told from four perspectives – 17-year-old Georgia; her mother, Anya; her father, Caullum; and her younger brother, Zac. I was intrigued that Anya’s version of events are told in first person, whereas the others are written in third person point of view. It helped me to identify with Anya more than I would have otherwise. I’d like to re-read the book to work out how Sara Foster weaved the clues, twists and turns into the narrative, and am keen to read her new book The Hidden Hours for the same reason. 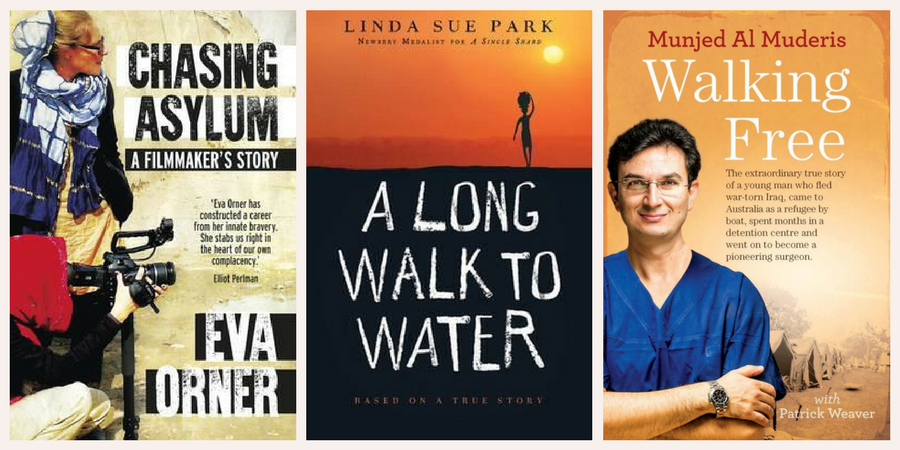 Eva Orner spent 18-months researching and directing Chasing Asylum, a documentary exploring the current asylum seeker and refugee policies in Australia, and the effects of those policies on those directly impacted by them. While making the film, Eva Orner travelled to Indonesia, Cambodia, Lebanon, Afghanistan and Iran, and spoke to numerous asylum seekers, politicians, activitists and commentators. This book tells the story of making that documentary, from the filmmaker’s perspective.

Reading as a writer: Reading about Orner’s own journey, which includes the people she meets and the information she uncovers along the way is an engaging way to discuss the issues relevant to asylum seekers, especially those who have travelled to Australia by boat. We see things through her eyes as she uncovers facts, eye-witness accounts and the stories we rarely see in the mainstream media.

Chasing Asylum is a moving, informative and easy-to-read account. Well worth reading.

A Long Walk to Water by Linda Sue Park

A Long Walk to Water is based on the real-life story of Salva Dut, who became one of Sudan’s Lost Boys during the Second Sudanese Civil War, which began in 1983. Together with thousands of other displaced children, Salva walked through southern Sudan, Ethiopia and Kenya in search of safety, before arriving at a refugee camp.

Salva’s story alternates with that of Nye, a young girl living in Southern Sudan in 2008. She spends her days carrying water – when it can be found. Life is particularly fragile when water is scarce. Then some visitors arrive in the village.

While Salva’s story is based on a real story, but fictionalised when necessary, Nye’s is completely imagined, although created using details gleaned from interviews, video and photographs about water wells being built by not-for-profit organisation, Water for Sudan.

To discover how the parallel stories are connected (in addition to the setting), you’ll have to read A Long Walk to Water for yourself.

Reading as a writer: For me, this book offers possiblities for structuring my current work-in-progress, in particular the alternating and parallel perspectives. The idea of telling a story based on a real person and events but with the freedom to add imagined details may enable me to develop the story I’m telling, not to falsify events but to enhance readability where details are limited.

You may be sensing a bit of a theme with the inclusion of Walking Free, and you may very well have heard of Mujed Al Muderis – he’s the Iraqi surgeon who has become a leading orthopaedic surgeon in Australia. His memoir Walking Free tells of growing up in Iraq, training to become a doctor and then a surgeon under Saddam Hussein’s regime. When the Iraqi army demands he and his colleagues amputate the ears of so-called deserters, he is faced with a terrible choice.

Reading as a writer: As a writer, I primarily read this book as background information as it covers a similar time frame and area of Iraq to the one I’m currently researching. It was also useful to see that some parts of Munjed’s life were told in minimal detail or summarised, before focusing on a particular event in detail.

NB: Technically, Walking Free and A Long Walk to Water don’t count as part of my Mount TBR challenge as they were library books; however, they were on my bookshelf prior to the start of the year. I’ve renewed them so many times, I’ve been ordered to return them pronto.

What book from your own shelves would you recommend to others? And which ones have you been meaning to read but haven’t quite got to yet? 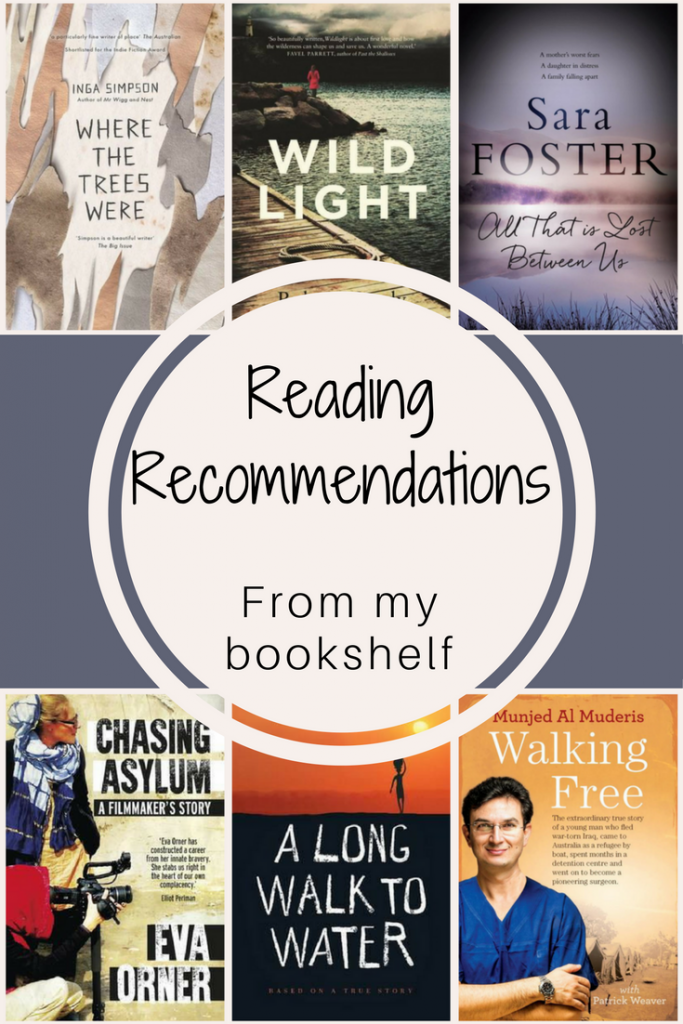