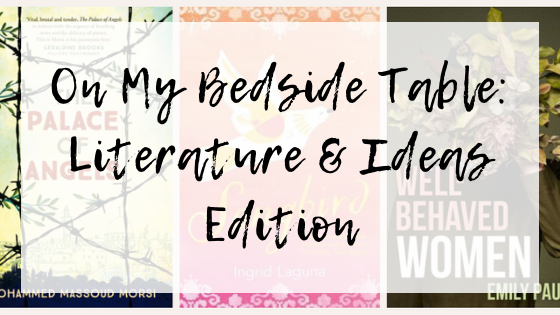 With the Perth Festival Literature & Ideas (previously Perth Writers’ Week) over for another year, the books currently on my bedside table, and on my to-buy list, are naturally related to the authors I heard speak over the weekend, and in one case, an author I had the privilege of interviewing.

The Palace of Angels by Mohammed Massoud Morsi

What the book is about: The Palace of Angels is series of three novellas, all set in and around Gaza, and which cut through the political to focus on the personal. In the first story we see through the eyes of a young man who is prepared to smuggle weapons from Eygpt into Gaza to help the Palestinian cause. The second story involves an enduring love story that survives almost anything thrown at them; and the final story contains the relationship between an Israeli soldier and a Palestinian carpenter, although there are numerous other interesting threads woven in. As a whole, The Palace of Angels is a book that invited me into a world very different to my own, yet enabled me to see the sense of a shared humanity.

Why I read it: Of all the books on my to-read pile as a result of Literature & Ideas, The Palace of Angels by Mohammed Massoud Morsi is the only one I’ve actually read so far—and that’s because I had the opportunity to interview Morsi, while eating a delectable Middle Eastern Feast event (hosted by The Cooking Professor). Although I was required to read it in preparation for the interview, I willingly read The Palace of Angels a second time. I found myself wanting to stay with the people in the stories a little longer, and to discover how their lives were, in fact, connected.

What the book is about: Jamilla is a young girl recently arrived from Iraq with her mother and brother. She misses her best friend back in Iraq, and is worried about her father’s safety. However, she wants to fit in, and when she joins the school choir, she thinks that perhaps she might finally have found a place to belong.

Why I want to read it: It was fascinating to listen to the author, Ingrd Laguna, speak about her years of working with new arrivals in Australia. Her students are the primary motivation behind this book, and she talked warmly about how regularly those children inspire her. Songbird was the one book I fully intended to buy at the festival, because of the similar subject matter as one of my own writing projects.

What the book is about: Emily Paull’s debut short story collection promises to ‘reveal and re-evaluate the expectations of women in Australia today. The title comes from the quote, ‘Well-behaved women seldom make history’; the characters in this collection are apparently far from well-behaved, so it should be a lot of fun to read.

Why I want to read it: Emily is a local author who, as a bookseller and a librarian, has done much to support and encourage other writers. Plus, I want to learn more about the craft of writing a good short story. 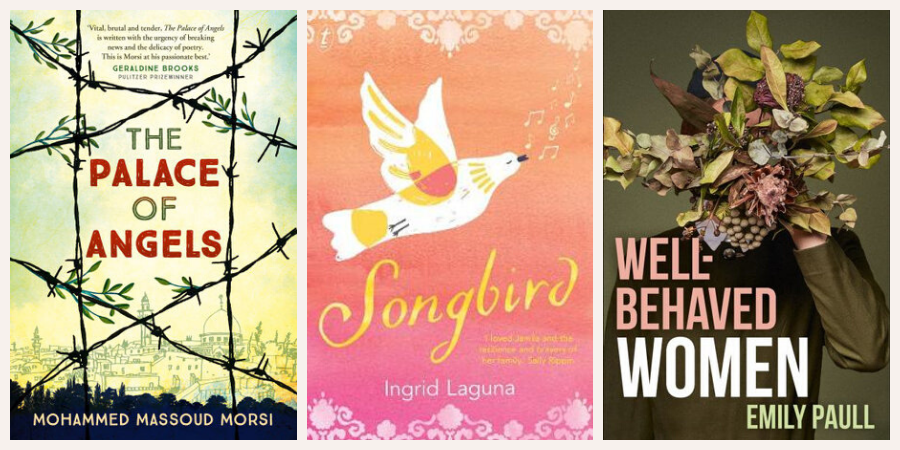 The Lost Arabs by Omar Sakr

What the book is about: The Lost Arabs is a collection of poetry that “explores the complicated notion of “belonging” when one’s family, culture, and country are at odds with one’s personal identity”.

Why I want to read it: I missed Omar Sakr’s session at Literature & Ideas; however, I’d already bought his latest collection of poetry at the Words on Water Festival in Mandurah last November. With several other people highly recommending his poetry, and the fact that his tweets are one of the reasons I stay on Twitter, The Lost Arabs is also currently on my bedside table.

And these are the books I can’t stop thinking about:

I really tried to limit my book buying at this years writers’ festival; however, these are the books I’ve continued to think about, meaning I probably should have bought them while I had the chance to have them signed by their authors.

The Salt Madonna by Catherine Noske

What the book is about: Hannah Mulvey left her island home as a teenager, but has returned to see her dying mother. Then something begins to threaten her small community. The Salt Madonna has been described as ‘ page-turning, thought-provoking portrayal of a remote community caught up in a collective moment of madness, of good intentions turned terribly awry. A blistering examination of truth and power, and how we might tell one from the other.’

Why I want to read it: Cate Noske is such a champion of other Western Australian writers through her work at Westerly that she deserves to have us our support in return. Plus I love page turners and stories about small communities.

What the book is about: Bangkok Wakes to Rain is a novel of interlinked lives, and which includes a time span from the historical past to a dystopian future where the city has been impacted by climate change. The main storyline involves two sisters, Nee and Nok, one of whom lives in Japan, the other in Bangkok; however, we are introduced to other characters as well, and as the book continues, the reader begins to see how these lives are connected.

Why I want to read it: I chatted to Pitchaya Sudbanthad several times in the green room over the weekend, and then he attended the dinner where I interviewed Mohammed Mamoud Morsi). I’m also fascinated by the idea of interlinked lives and stories. 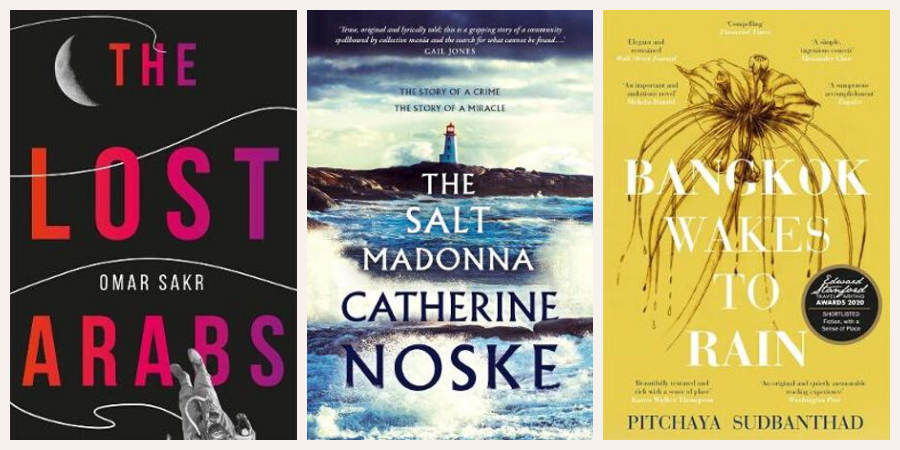 The Storm by Arif Anwar

What the book is about: Shahryar, a recent PhD graduate and father of nine-year-old Anna, must leave the US when his visa expires. In their last remaining weeks together, Shahryar shares his past in a village on the Bay of Bengal, where a fisherman and his wife are preparing to face a huge storm. His story intersects with those of a Japanese pilot, a British doctor stationed in Burma during World War II, and a couple in Calcutta who leaves everything behind to move to East Pakistan following the Partition of India.

Why I want to read it: I heard Arif Anwar read an extract from The Storm at Literature & Ideas. And, in what is becoming a common thread, I like the idea of the interconnected lives.

The Way Through the Woods: On Mourning and Mushrooms by Long Litt Woon

What the book is about: When Long Litt Woon unexpectedly loses her husband she is bereft, feeling aimless and disorientated. Then she meets a group of mushroom hunters and wanders off into the woods with them. The Way Through the Woods is essentially the story of how the mushrooms guide Long Litt Woon through her grief.

Why I want to read it: Long Litt Woon was a wonderful combination of entertaining and substance on her panel at the festival. I hadn’t heard of her before, but could have listened to her speak all afternoon, and was so glad I made the last minute decision to attend her session.

We Can Make a Life by Chessie Henry

What the book is about: Hours after the 2011 Christchuch Earthquake, Dr Chris Henry was helping rescue those who were trapped. Six years later, his daughter Chessie interviews him in an attempt to understand the trauma that led her father to burnout, in the process unravelling stories and memories from her own remarkable family history.

Why I want to read it: Prior to the festival, Sisonke Msmaing and Michelle Johnston facilitated a book club event I attended. This was another book I hadn’t considered reading until I heard it being talked about. By the time I actually heard  Chessie Henry speak on the Sunday afternoon, I was already sold—only copies of the book couldn’t be as they didn’t arrive from the supplier in time for the festival! 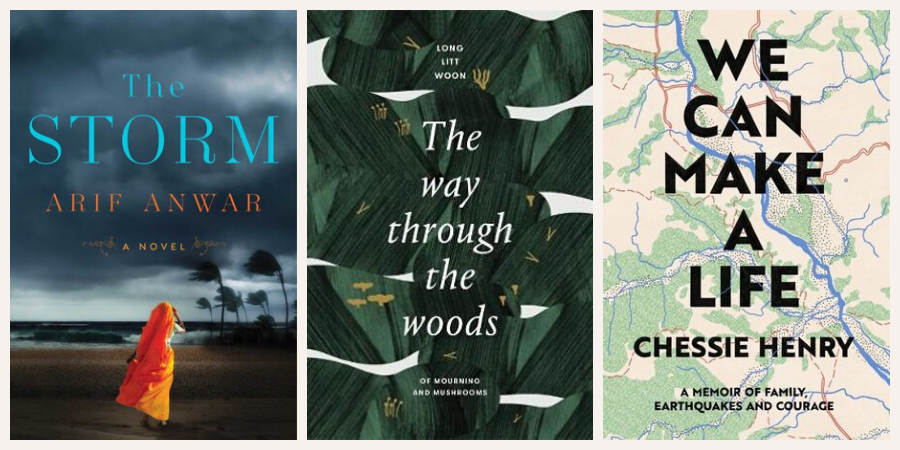 I can honestly say I only discovered most of these titles because I met or heard their authors speak at the Perth Festival Literature & Ideas. Surely that makes for a fabulous weekend—although there’s a very good chance my to-read pile will one day collapse and kill me.

What’s on your bedside table?

If you were at the Perth Festival Literature & Ideas (or are attending a writers’ festival in the near future), which sessions did/will you attend, and what books did/will you buy? 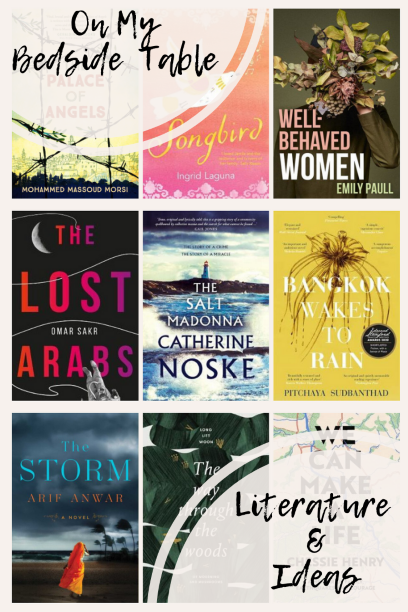