Winter, Spring and the In-Between 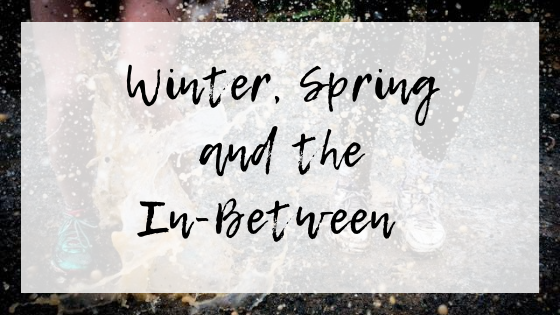 Today marks the official beginning of spring. It’s my favourite time of year, especially as the sun starts rising earlier, the days become warmer, and the ducklings and cygnets make their appearance at the lake. As I spotted the first of the ducklings on my walk yesterday, I was reminded of the delicious words of e.e. cummings’ poem ‘in Just-‘. In it, he describes the world of ‘just spring’ as ‘mud-luscious’ and ‘puddle-wonderful’.

For many, though, the current circumstances probably seem less ‘puddle-wonderful’ and more like the world of Narnia at the beginning of The Lion, the Witch and the Wardrobe, when the faun Mr Tumnus laments that it is ‘always winter and never Christmas’. Not that we in the Southern Hemisphere usually associate winter with Christmas, but I’m sure that many are questioning whether there will ever be an end to lockdown and travel restrictions, and things might seem a little like an endless winter. Right now, with the relative freedom we have in Western Australia, I cannot claim to fully understand what it’s like for those in extreme lockdown right now, but I do know a little of what’s it like to search out hope in the midst of darkness.

When my unborn daughter was diagnosed with severe heart defects, or congenital heart disease (CHD) as its know medically, it was the singularly most devastating news I’d ever received. While doctors promised to do everything they could, there was no guarantees as to her quality of life or even her time on this planet. The next few years were a difficult journey filled with anxiety and uncertainty—but also hope.

Some days, I felt buoyed by hope. Other times, I sat in our front room staring out the window with tears streaming down my face. Outside that window, however, was a rose bush. For the most part, I’d neglected it, yet it bloomed anyway—large red roses with a beautifully fragrant aroma. Some days, I wasn’t thankful for much, but I could be grateful for that rose. And, strange as it may seem, this simple act of gratitude became one of the things that sustained me.

There’s a verse in the Old Book that tells us to ‘be thankful in all circumstances’. Not for all circumstances, but in them. I certainly wasn’t cheery about the journey I’d be thrust into, but on the days I could find something—anything—to be thankful for … well, it made a difference.

The second thing that sustained me was connection: to family, friends, neighbours and my faith community. Particularly significant was the group of women with whom I could just be myself. If I was having a bad day, then I could turn up with my baby and my tears, and be held by those who knew how to sit with me in that moment. Not try to fix me nor dismiss my anxieties, but simply be present for me.

In addition to receiving the support of my community, I began to turn my attention outwards. My church had a meals roster for anyone who had just had a baby, or was sick or grieving. The simple act of cooking a meal for someone else took the focus off me and my circumstances for a short while, and prevented me from becoming too insular and self-focused. I can’t really explain it, although I’m sure someone will know the psychology behind it; I just know it helped.

If I’m honest, I’ve probably been more insular during COVID-19 than I was in those early days of my daughter’s CHD journey. When it first looked like we’d be told to stay home back in March, the introvert (and over-committer) in me thrived on having events cancelled. I loved the opportunity to sit in my backyard watching honey eaters, wattle birds and wrens singing and flitting about my backyard.

For me, the most anxious part was the in-between. The days when I wanted to pull my daughter out of school to protect her, but not wanting to overact, and also wanting to follow the ‘rules’, which were that she should be in the classroom. Once we made the decision to bunker down at home, the anxiety eased considerably.

It was the in-between times that were the most anxious part of our CHD journey, too. The days when it was most difficult to hold on to hope were the days when we didn’t have certainty. Anxiety would rise up in the lead up to each cardiologist appointment. And nothing was worse than waiting for surgery only to have it cancelled, and then we’d have to start the waiting again. It got to the point where I just wanted surgery to happen so that it was could be over and we’d know what we were dealing with. As it turned out, the waiting led to a much better outcome than we could have dreamed or imagined, but that’s a whole other story in itself.

I’m not going to pretend that my experience of COVID-19 matches those who are currently in extended lockdown, and whose movements have been severely curtailed. Many are being prevented from seeing loved ones in aged care. Or missing the funeral of a dear friend or family member. Or being separated from children and grandchildren. Nor am I dealing with the extent of illness and death as is the case across much of the world, especially when it is exacerbated by job insecurity and poverty. Only those who have been through each of these scenarios can completely ‘get it’.

But we can be present for those around us, even if we have to find new and creative ways to do so. We can turn our attention outwards while also being real about our own experiences. And we can find something to be thankful for, even if it’s only the aroma of a spring bloom.

Some days it feels as though winter will never end. On others, there seems to an unfurling of ‘just spring’. And sometimes, it still feels like somewhere in between.

I hope that the great thawing begins soon—for everyone.

What gives you hope during difficult times?

What, if anything, has helped sustain you during COVID-19?

Is there something you can do to reach out to someone in a new way? 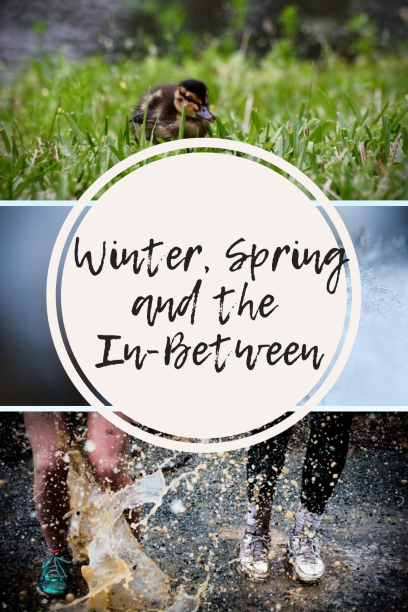 Previous Writing Prompts: Living Histories
Next Six Degrees of Separation: From The Turn of the Screw to No Friend but the Mountains