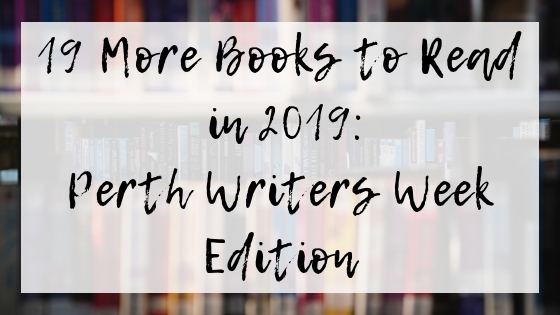 Even before I attended a single session at this year’s Perth Writers Week, I had an ever increasing list of authors to hear and books to check out. I seriously would have needed a personal loan if I’d bought every book I thought worth reading.

Although I’ve narrowed that list to 19 (and I limited the actual spending spree to six books), to fit in with my ’19 for 2019′ theme, there are still others I could have added. Some of these are books already on my radar, others are a result of authors I heard speak, and some are simply because I caught sight of them in the program or the bookshop. However, I think there should be something on this list that will appeal to you, regardless of your reading preferences.

1. Lenny’s Book of Everything by Karen Foxlee

Life isn’t easy for Lenny and her younger brother Davy, who won’t stop growing. The bright spot in their week is the arrival of the next installment of the Burrell’s Build-It-at-Home Encyclopedia. These books allow them to experience the wonder of the world around them, and dream of freedom and adventure.

Although Lenny’s Book of Everything has been on my radar, it was after attending Karen Foxlee’s Sunday morning session that I decided I really wanted to read this book. I thoroughly enjoyed hearing Karen Foxlee talk about her process of writing Lenny’s Book of Everything, which began with the idea of a child who was different and a set of encyclopedias.

Sasha Wasley, Jennie Jones and Anthea Hodgson appeared at the festival in a session titled ‘What is Women’s Fiction anyway?’ Faciliated by Tess Woods, the discussion included what being a ‘successful’ author looks like (certainly not the money); whether the label of ‘women’s fiction’ was helpful or a hindrance in selling books (consensus: the term has a use-by date); and the sense that male authors tend to be labeled commercial fiction or literary fiction even if they’re writing about the same issues as female authors.

Sasha was the only author on the panel whose books I hadn’t read, so I thought I’d start with True Blue, the first in her rural fiction series.

I’ve just finished reading Boy Swallows Universe, and it’s one of those rare books that totally lives up to the accolades it’s received in the media and reviews.

I didn’t actually manage to catch one of Trent Dalton’s sessions over the weekend, basically because I didn’t get my act together early enough to buy tickets, and I did experience a fair amount of FOMO when I saw photos posted by friends who did attend. 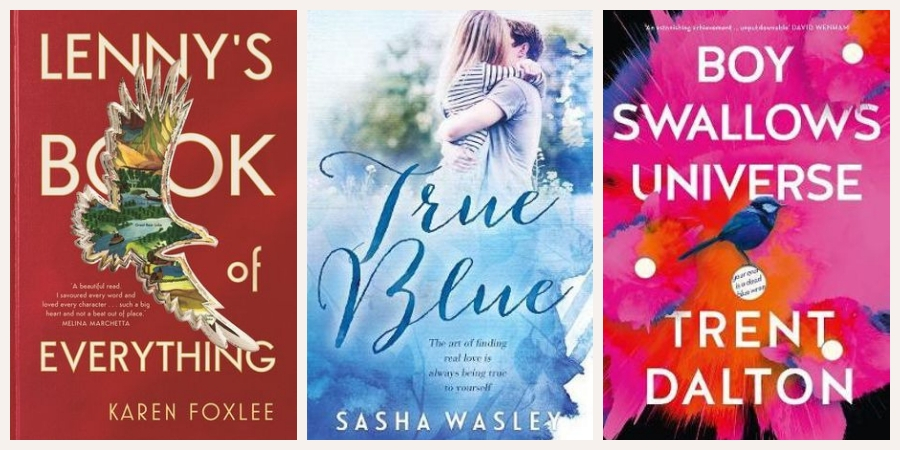 4. Driving into the Sun by Marcella Polain

During my Honours year, I undertook a creative writing unit taught by Marcella Polain. I learned a great deal from her, and still have the writing and reflective journals I wrote during that semester.

5. The Children’s House by Alice Nelson

The Children’s House has received wonderful reviews, particularly from other writers I trust.

Marina and Jacob live in a brownstone house in Harlem formerly a shelter run by nuns. Outside the house one day Marina encounters Constance, a young refugee from Rwanda, and her toddler, Gabriel. Later, Marina receives disturbing news about her mother and leaves New York in search of answers. This is a novel about the impact of displacement, trauma and intertwined lives, woven together with hope.

6. Bridge of Clay by Markus Zusak

Not for the first time, I wished I could have been in two places at once. I remember Zusak speaking at one of the first Writers Festivals I ever attended, after the release of The Book Thief, and he was brilliant even then. This year, Zusak’s session was a sell out, and while I don’t regret the alternate session I went to, I am disappointed not to have heard Zusak speak again. 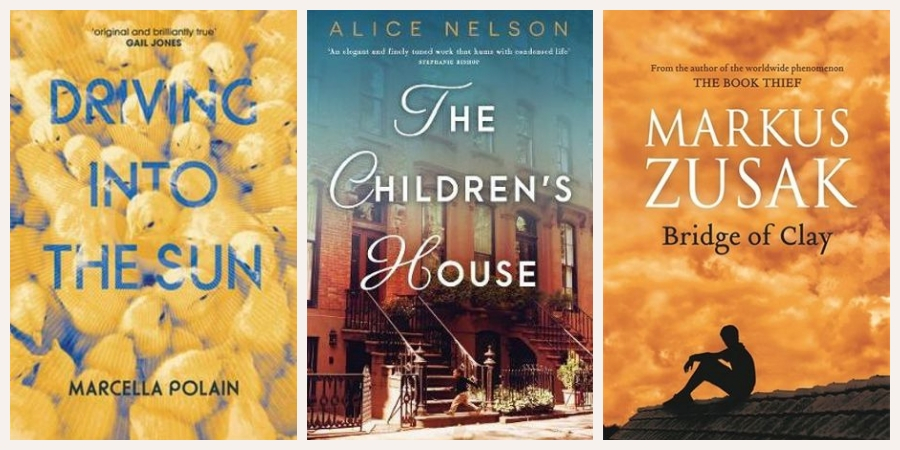 Amanda Curtin’s new book has been described as ‘part biography, part travel narrative’. Kathleen O’Connor of Paris recounts the life of accomplished, but little known, Australian artist Kathleen O’Connor, who moved to Paris in 1906, after the death of her famous  father – CY O’Connor. The book also includes Amanda’s own travels as she retraces Kathleen’s footsteps.

Hearing about Carly Findlay’s book, Say Hello, primarily comes down to the power of social media when it’s used for good. Essentially, I’ve been following Carly on twitter for some time, and appreciate the perspective she brings to a conversation, so I’m very much looking forward to reading her memoir. 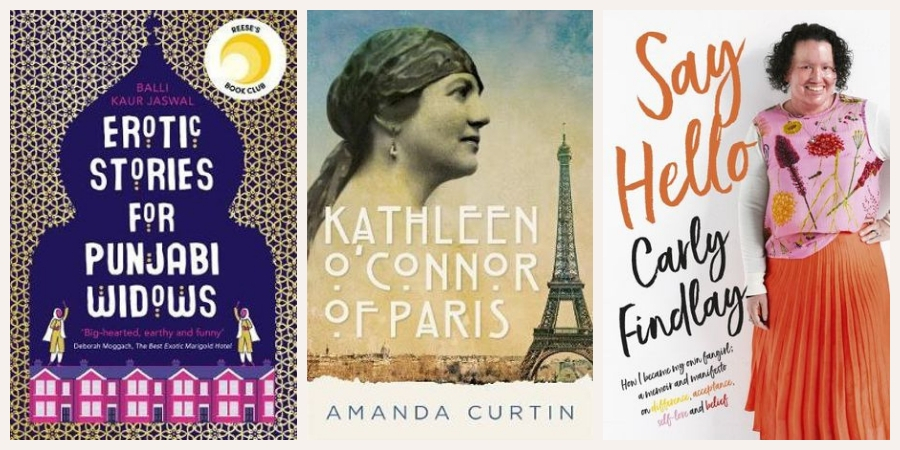 10. The Edge of Memory: Ancient Stories, Oral Tradition, and the Post-Glacial World by Patrick Nunn

In today ‘s society, the written word is more likely to be trusted over the version of history retold by a friend because memory is unreliable; however, before knowledge was written down, it was reliably passed down from generation to generation in the form of stories.

Patrick Nunn is a geoscientist who has been discovering that increasingly, science is backing up many of the stories from oral traditions, not only in Australia but around the world. Many of these stories, often dismissed as myths, have actually recorded real events up to 10,000 years ago, including environmental phenomena, from coastal drowning to volcanic eruptions.

Patrick Nunn’s fascinating and informative session was the first I attended at Perth Writers Week this year. The Edge of Memory is my surprise book of the festival: the one I didn’t know I needed but in the end just ‘had to’ buy.

I love the story of why Eddie does what he does, I love his enthusiasm and his ability to explain clearly – and I’ve seen the impact of this personally. Late last year, my daughter was struggling with a particular concept in maths and was worried about failing her test. After watching the relevent clip on ‘wootube’, she blitzed the test with the best mark she’d received all year. Her explanation was that Eddie was able to explain it in a way she understood.

So, thank you, Eddie, and I can’t wait to share your book with her.

Simply Ing tells the story of Helen (Ing) Nellie, a member of the stolen generation who overcame considerable challenges to reclaim her culture. Really disappointed I missed this session at Perth Writers Week, but looking forward to reading Simply Ing. 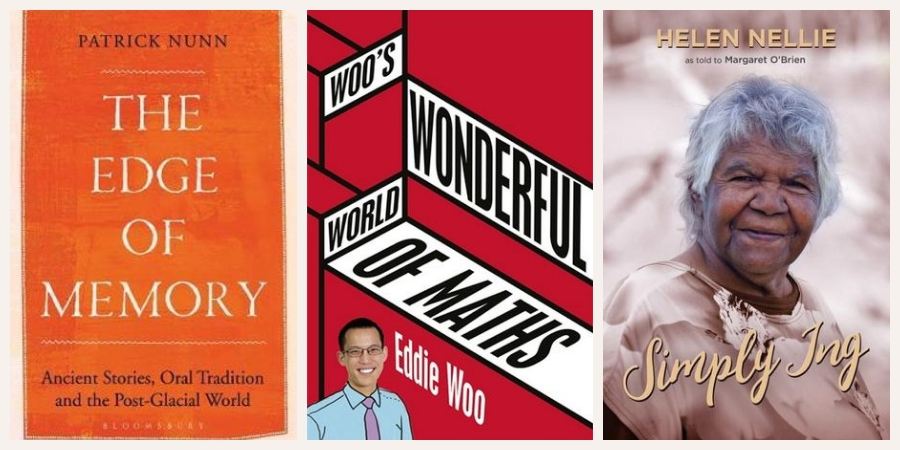 Alfred was just a young man when he was injured and shipped home from France during the First World War. However, because he was an Aboriginal man, he didn’t receive the honour or government support afforded the other men he fought alongside.

Alfred’s War acknowledges the sacrfice and contribution of Indigenous servicemen, which until now has gone unrecognised, but is a story that matters and needs to be told.

14. All the ways to be Smart by Divina Bell

Working with children and young people, I often interact with those who don’t experience academic success at school, and so I’m delighted to find this picture book that celebrates multiple intelligences and the myriad way we can be ‘smart’.

From the author of the fabulous Zac and Mia comes a dystopian story about a girl who dares to challenge the rules of the only world she has ever known. Hayley lives in a highly structured community, resembling the way a bee hive operates. When she notices an unusual drip from the ceiling, however, her curiosity leads to a lie, a death, a boy, a beast, and too many awful questions.

Hive is already on my bedside table waiting to be read. 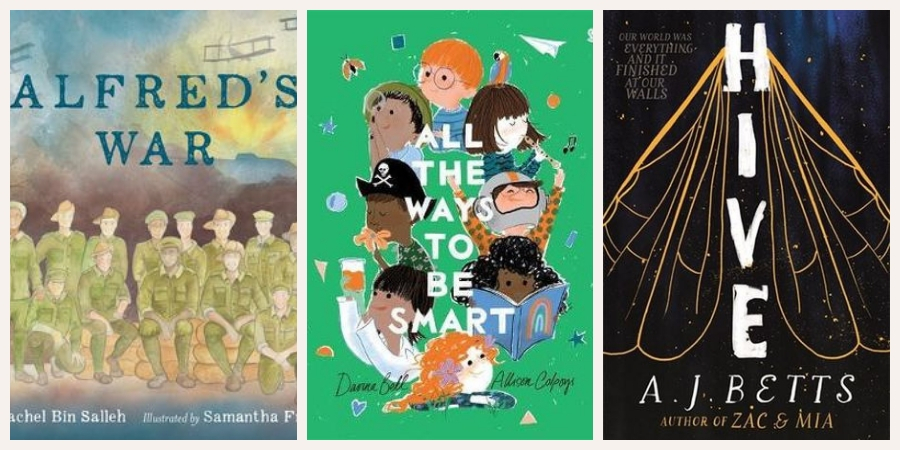 Bones can’t wait to finish high school and flee his country town. I totally relate to this, having felt similarly at the same age. Unlike my own story, a newcomer arrives to throw Bone’s dream into disarray. Naya is ‘brilliant, black and beautiful’ and ‘she thinks Bones is a well of untapped potential. Bones thinks she’s delusional—but she makes him feel more hopeful than he has in a long time.’

I’m wondering what other teenage memories and feelings will be rekindled when I read Bonesland.

17. Pigface and other Stories, edited by Ryan O’Neill

I want to write some short stories this year, and to write them well, I need to read more of them. Pigface and other Stories is an anthology collated as a result of the 2018 Margaret River Story Competition, an annual short story competition that is becoming a prestigious one to be shortlisted for.

And I’ve just noticed that the latest anthology, We’ll Stand in That Place and Other Stories, will be released in June, so I’ll be looking out for that one, too.

18. The Fireflies of Autumn by Moreno Giovannoni

I’m drawn to The Fireflies of Autumn by Moreno Giovannoni because of the publisher’s description that ‘these are tales of war and migration, feasts and misfortunes – of a people and their place over the course of the twentieth century’. I’m curious about the book being a hybrid between short fiction and a novel, with interconnected tales. And it’s set in Tuscany, an area of Italy I’m currently researching for one writing project. 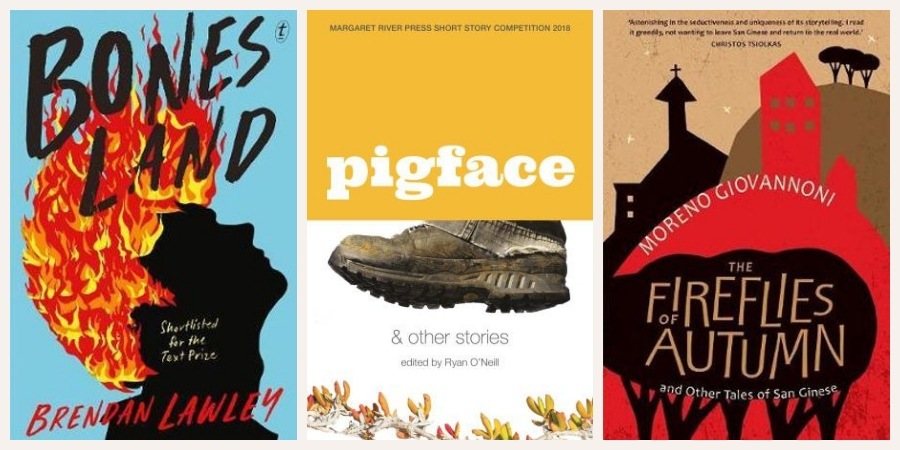 My final book in my Perth Writers Week list doesn’t have a cover just yet. Holden Sheppard’s manuscript, Invisible Boys, won the 2018 TAG Hungerford Award for an unpublished manuscript, and will be published by Fremantle Press in October 2019. He’s also a fellow member of #5amwritersclub, and so I have witnessed his wild ride of the past twelve months rather closely. Can’t wait to see this book out in the world.

Did you attend Perth Writers Week? Whether you did or not, which books on this list would you like to add to your TBR pile?

Previous Writers in Exile #1: Victor Hugo
Next 6 Degrees of Separation: The Arsonist