6 Degrees of Separation: From Like Water for Chocolate to Once Upon a Small Rhinoceros 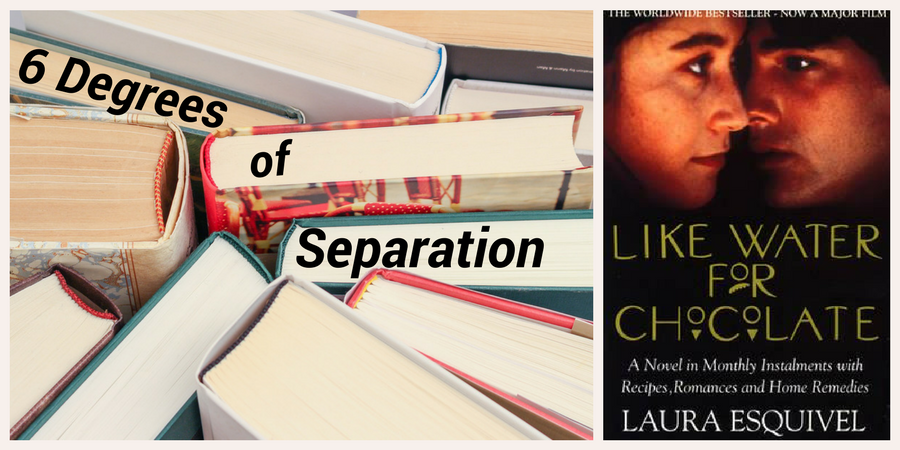 Have you ever played Six Degrees of Separation? It’s based on the idea that you are connected to anyone else in the world in six steps or less. Well, welcome to the bookish version, where Kate from booksaremyfavouriteandbest nominates a book, and we link it to six other titles in any random connection that comes to us – join in and have some fun!

This month’s starting book is Like Water For Chocolate by Laura Esquivel. I confess I’ve only heard of it because I saw its film adapation at the cinema.

I remember its sense of magic realism, which probably means my first link should be 100 Years of Solitude by Gabriel Garcia Marquez, the first book I read in that genre; however, my immediate response was to link it to Chocolat by Joanne Harris.

When I was a kid, I hated chocolate after making myself physically sick one Easter – so I used to leave  my unopened Easter eggs out for Father Christmas. One year, I also left him my copy of E.B. White’s Charlotte’s Web to read. How I thought he had time to read on his busiest night of the year, I’m not quite sure, but he did take the time to write me a thank you note.

Another childhood favourite was Storm Boy by Colin Thiele. When I was 11, my family travelled around Australia, and we stopped on the Coorong, where the book is set. 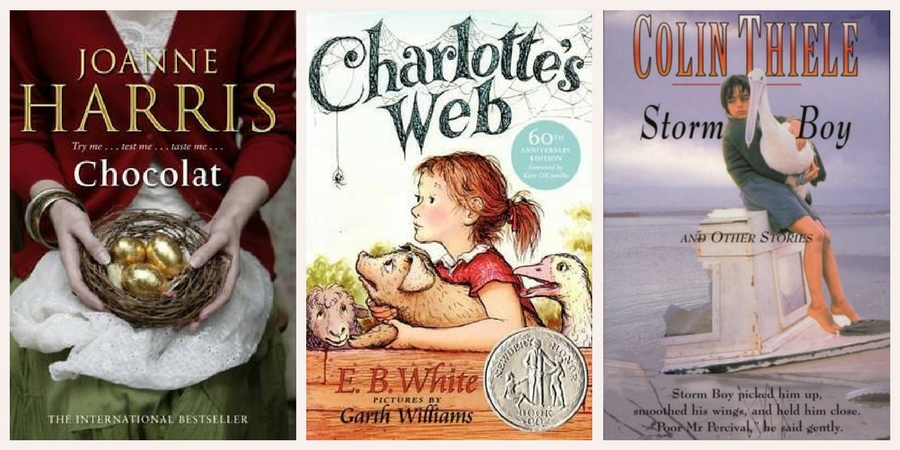 We also spent time in Tasmania, where Louise Allan has set her debut novel, The Sisters’ Song. I’ve followed a lot of her journey to publication over the past couple of years, so I can’t wait to read it when it’s released in January 2018.

I’m sure you don’t need me to tell you how I’ve made the connection to Dianne Wolfer’s debut novel, Dolphin Song. This book was first released back in 1995, the year I started teaching and began devouring young adult fiction, on the lookout for books I could recommend to reluctant readers.

Just recently, I won over another reluctant reader, a young girl I’m mentoring through 12 Buckets, an organisation making a real difference in young lives. The book? Once Upon a Small Rhinoceros by Meg McKinlay.

I’ve travelled from Mexico and the land of magic realism, down the memory lane of childhood, and have come to rest with a story I hope encourages the next generation to relish the worlds that can be found between the pages of a book.