6 Degrees of Separation: From No Friend But the Mountains to Hero on a Bicycle 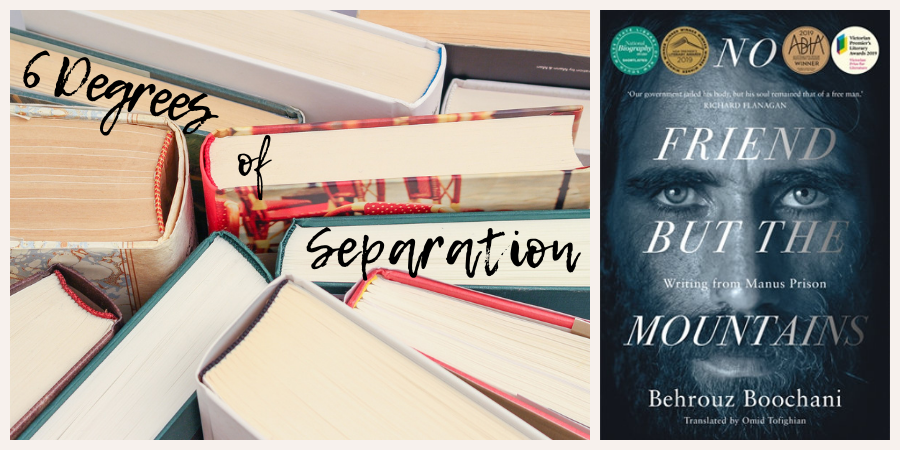 Welcome back to Six Degrees of Separation, my monthly bit of bookish fun, where Kate from booksaremyfavouriteandbest gives us a starting book and we link it to six other titles in any way our mind decides to make connections. This month, we’re actually beginning with a wild card, meaning we begin where we ended in previous Six Degrees post.

My starting book will be No Friend But the Mountains by Behrouz Boochani (which is where my chain ended last month, but I almost started with The History of Mischief by Rebecca Higgie, which of course would have led to a very different chain.

Anyway, No Friend But the Mountains immediately reminded me of Christobel Mattingley’s Escape from Sarajevo because it includes an escape from war through the mountains. Like Boochani, the family in this story became refugees fleeing for their lives, but that was not my initial connection.

Mattingley also wrote No Gun for Asmir, which is about the same family’s experiences, but through the eyes of the son, Asmir.

Linking via the word ‘gun’, Yuot A. Alaak has recently written Father of the Lost Boys. It is the story of Alaak’s father, who believed that ‘the pen is mightier than the gun’ and was responsible for leading 20,000 Lost Boys to safety during the Second Sudanese Civil War. 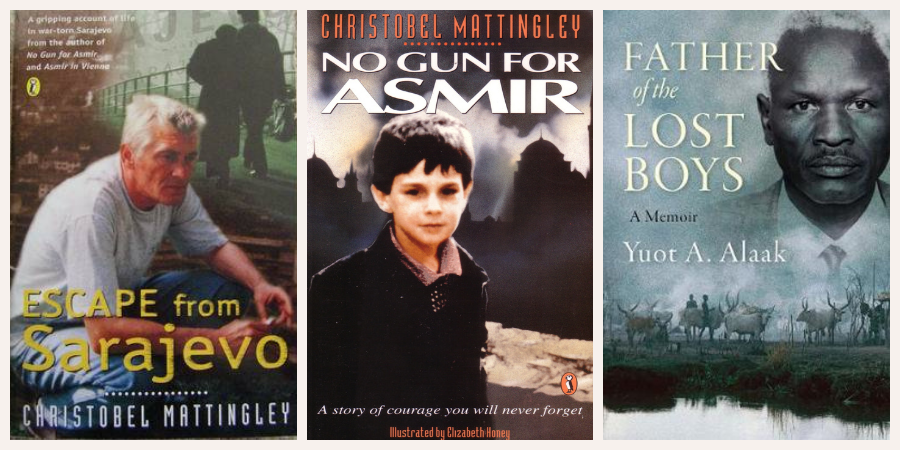 I heard Alaak speak about his father at an event last weekend. On the same panel was Elizabeth Tan, whose short story collection Smart Ovens for Lonely People recently won the 2020 Readings Prize for New Australian Fiction.

The word lonely made me think about Lonely Planet Guides, and I am wondering what has happened to them in this year of no travel. In turn, I wondered about when I’ll be able to visit Italy again, which led me the last book I read about that country, Road to Valour by Aili McConnon and Andres McConnon. Road to Valour is the story of cyclist Gino Bartali, who was not only a Tour de France legend but used his bicycle to work for the Resistance, and save the lives of numerous Jews, during the Second World War.

Hero on a Bicycle by Shirley Hughes is set in and around Florence in 1944, when the city was occupied by Nazi forces. Like Bartali, 13-year-old Paolo and his sister Costanza also use a bicycle to help the Resistance. 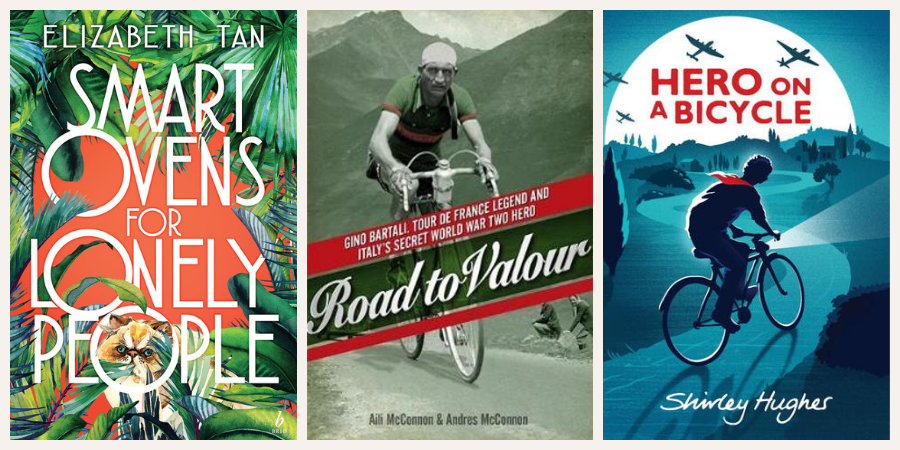 I never plan out where my Six Degrees will lead me. This month I crossed the globe from the comfort of my armchair. From Iran to Sarejevo in Bosnia-Herzegovina and across the mountains to Vienna, Austria, from Sudan to Australia and finally to Florence in Italy. Such diverse places but all seen through the eyes of human experience. 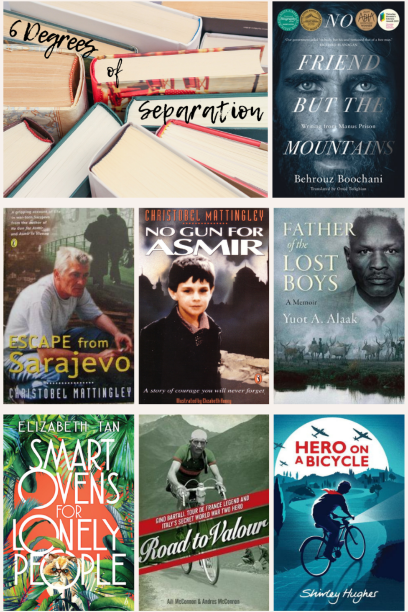 Previous Creative Writing Prompts: Stories of Childhood
Next 6 Degrees of Separation: From Are You There God? It’s Me, Margaret to The Muddleheaded Wombat