6 Degrees of Separation: From Phosphorescence to When We Say Black Lives Matter 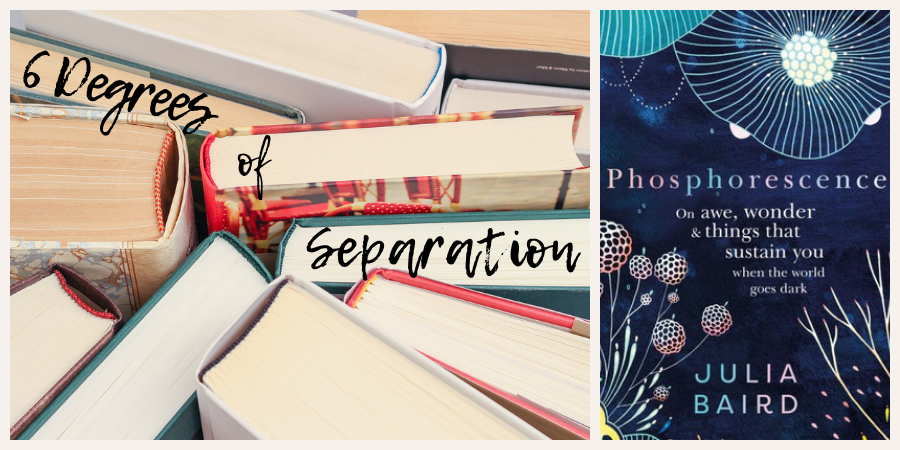 Now, there is also a bookish version of 6 Degrees. Originally created by authors Annabel Smith and Emma Chapman, it is currently hosted by Kate from booksaremyfavouriteandbest. Kate provides a starting title, and we link it to six other books in any random way our mind chooses to make connections. Anyone can join in, so play along.

This month, we’re starting with Phosphorescence by Julia Baird.

Julia Baird didn’t know 2020 would be dominated by all things COVID when she wrote Phosphorescence, which is subtitled ‘on awe, wonder and things that sustain you when the world goes dark’, but it seems like an apt description for the past year.

Candice McFee, the protagonist of Barry Jonsberg’s My Life as an Alphabet knows what it’s like when your world goes dark. Her younger sister died of cot death, she’s being bullied at school and there’s a huge rift between her father and uncle. But there are also many humorous moments in this story as Candice tries to find ways to help her family find happiness again.

My Life as an Alphabet was recently adapted into a film called H is for Happiness. Another book that’s been adapted for film is City of Ember by Jeanne DuPrau. The story is about Ember, a post-apocalyptic underground city, created to enable human survival. But now food is running out and the lights are failing. A dark future lies ahead. Enter Lina and Doon, who discover fragments of an ancient parchment, which may just contain clues to way out of Ember.

Dystopian fiction has exploded in popularity in recent years, although it has actually been around for a long time. George Orwell’s 1984 was first published on 8 June 1949 and introduced us to the idea of ‘big brother’. 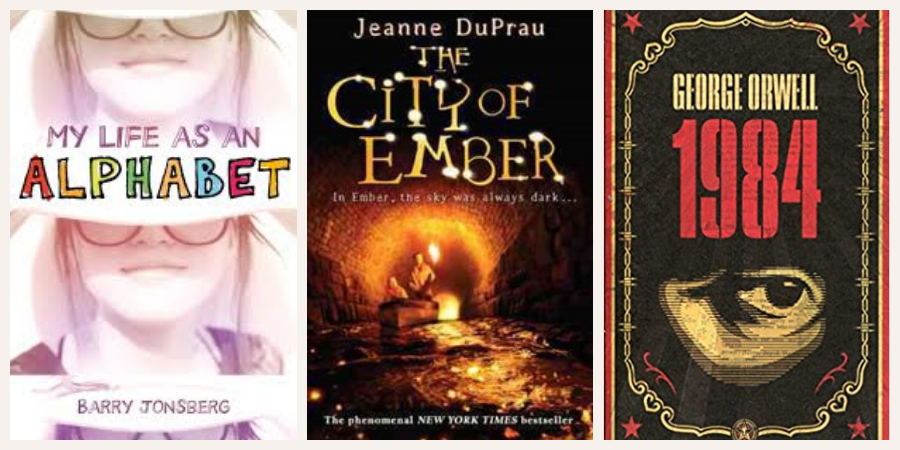 Another book with numbers in the title is 10 Things I Hate about You by David Levithan. The book was written as a tie-in to the film of the same name and is a modern adaptation of Shakespeare’s play Taming of the Shrew. Both are about a young girl named Bianca who is not allowed to date until her older sister Kat/Katharine has met someone.

Connecting via a word in the title, I’m turning to The Hate U Give by Angie Thomas. This book tells the story of 16-year-old Starr Carter, whose life turns upside down when she witnesses her best friend, Khalil, being shot by police despite being unarmed. Apparently, this was Thomas’ debut novel, which developed from a short story she had written in college following the police shooting of Oscar Grant.

Angie Thomas was recently interviewed on Radio National’s The Book Show. Maxine Beneba Clarke was interviewed on the same episode, about her picture book, When We Say Black Lives Matter. 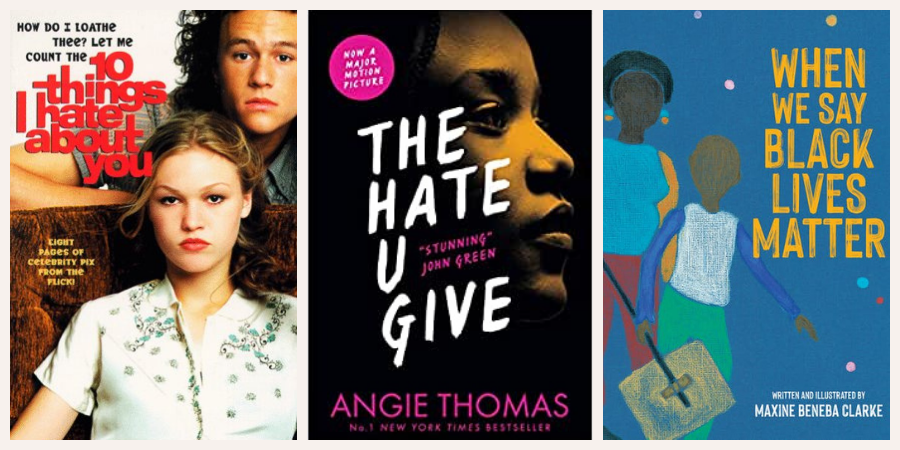 This month my 6 Degrees book list developed through common themes, genre, numbers and words in titles, and authors speaking on the same radio show.

Next month, 6 Degrees of Separation will begin with the 2020 Booker Prize winner, Shuggie Bain by Douglas Stuart. He has also appeared on The Book Show and was fascinating to listen to.

Where will 6 degrees of separation take you?

How might it help you discover your next read?

Previous Creative Writing Prompts to get you through Lockdown
Next Fashion Stakes or a Drunken Day Out? Critical Thinking in an Age of Alternative Facts