6 Degrees of Separation: From Tales of the City to A Wrinkle in Time 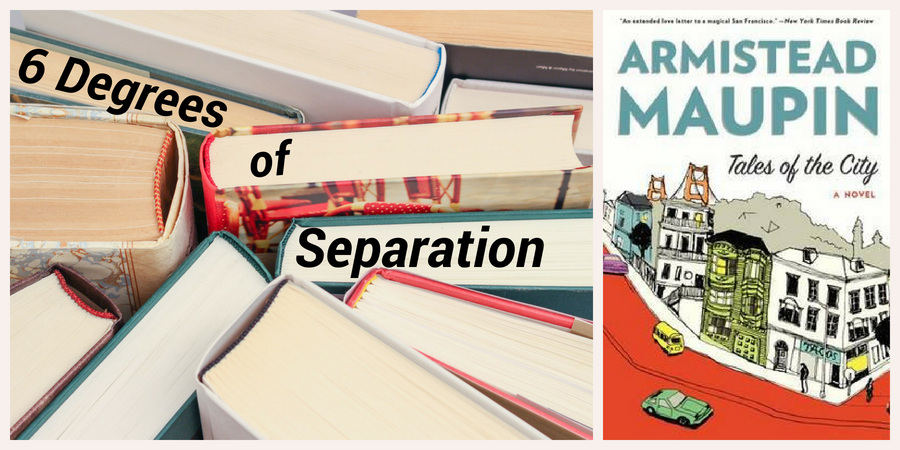 Welcome back to Six Degrees of Separation, the bookish meme that invites you to take a given title (as suggested by Kate from booksaremyfavouriteandbest), and link it to six other books in any way that comes to mind. It could be by subject matter, place, time, author, word or any other random way your mind chooses to form connections.

This month, we’re starting with Tales of the City: a Novel by Armistead Maupin.

Tales of the City, the first in a series, is set in San Francisco in 1976, and was originally published in 1978.

I’ve just finished reading You Belong Here by Laurie Steed. It was published earlier this year, but also begins in the 1970s. There was so much in the book that resonated with me. If you grew up in surburbia in the 1970s or 1980s, or watched your parents divorce, or experienced sibling love and rivalry, or saw a loved one struggle with their mental health – or if you ever owned a copy of Just Hits ’85 (I did!) – then I think there’s a lot you’ll relate to as well.

On the theme of belonging, I couldn’t go past Braving the Wilderness: The Quest for True Belonging and the Courage to Stand Alone by Brene Brown. I’ve read a couple of Brown’s books now and this is probably the one that has engaged me the most.

Burke and Wills experienced a more literal wilderness when they set out across the interior of Australia in 1860. I know that Peter FitzSimons has written another blockbuster with his retelling of this story, but I’m actually thinking of Sarah Murgatroyd’s The Dig Tree: The Story of Burke and Wills about the same expedition. 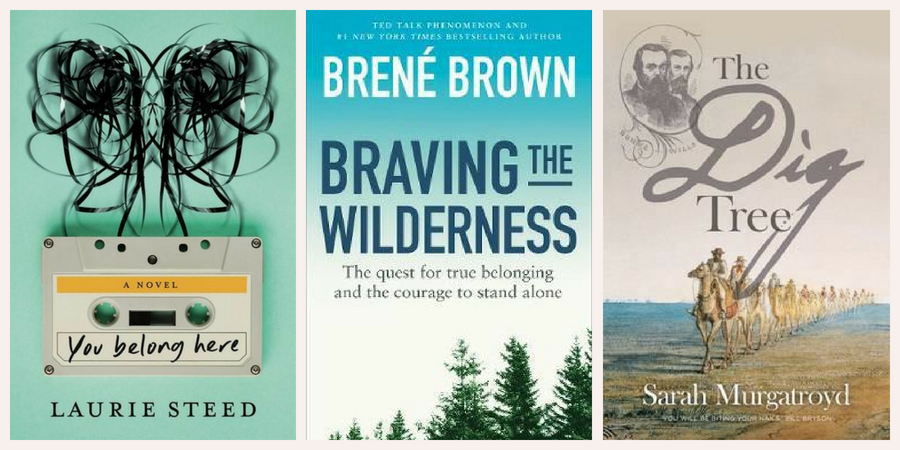 The Dig Tree was recommended to me by my friend Nathan Hobby, who is currently writing a biography of Western Australian author, Katharine Susannah Prichard. I can’t include his book because it’s still being written, so I’ll mention one of Prichard’s instead. The Roaring Nineties is the first in her trilogy about the Western Australian goldfields, and gave me a glimpse in to the life of my great-grandmother, who grew up in and around Kanowna and Kalgoorlie.

I am currently reading A Tear in the Soul by Amanda Webster, who also grew up in Kalgoorlie, and returned forty years later to confront (to quote the book’s blurb) ‘her racist blunders, her cultural ignorance and her family’s secret past.’ I haven’t finished it yet, but Webster has drawn me into the world of her childhood and her much later awareness about the ‘distorted and idealised version of the past’ she’d lived with for many years.

A Tear in the Soul reminded me of the notion of a ‘tear in the universe’. I don’t really know where I’ve heard that phrase before, but it made me think of Madeleine L’Engle’s A Wrinkle in Time, with young Meg travelling through time and space in search of her father. 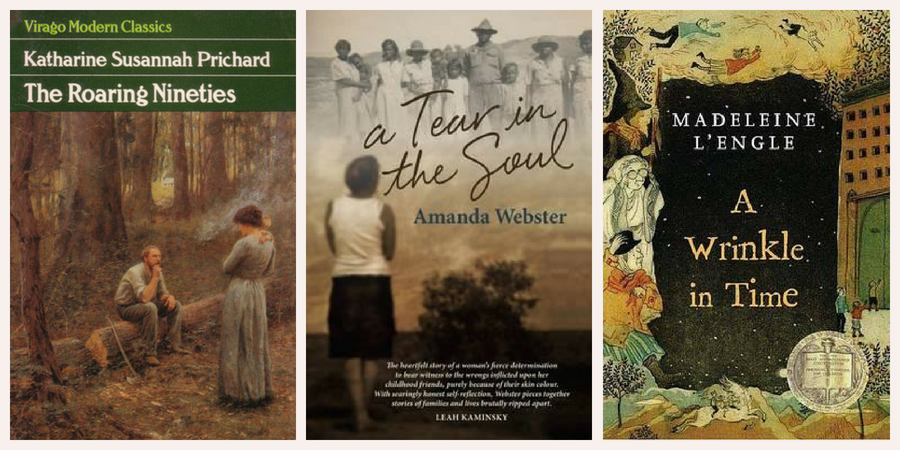 So there you have it. I travelled from the 1970s to the present day in search of belonging, then back in time to the harshness of the Australian outback, before seeking out the rest of the universe. A fair bit of armchair travelling this month!

Be sure to head over to booksaremyfavouriteandbest, where you can find links to other participants. No two chains are the same and it’s always interesting to see where others ended up, so let me know if you decide to join in. 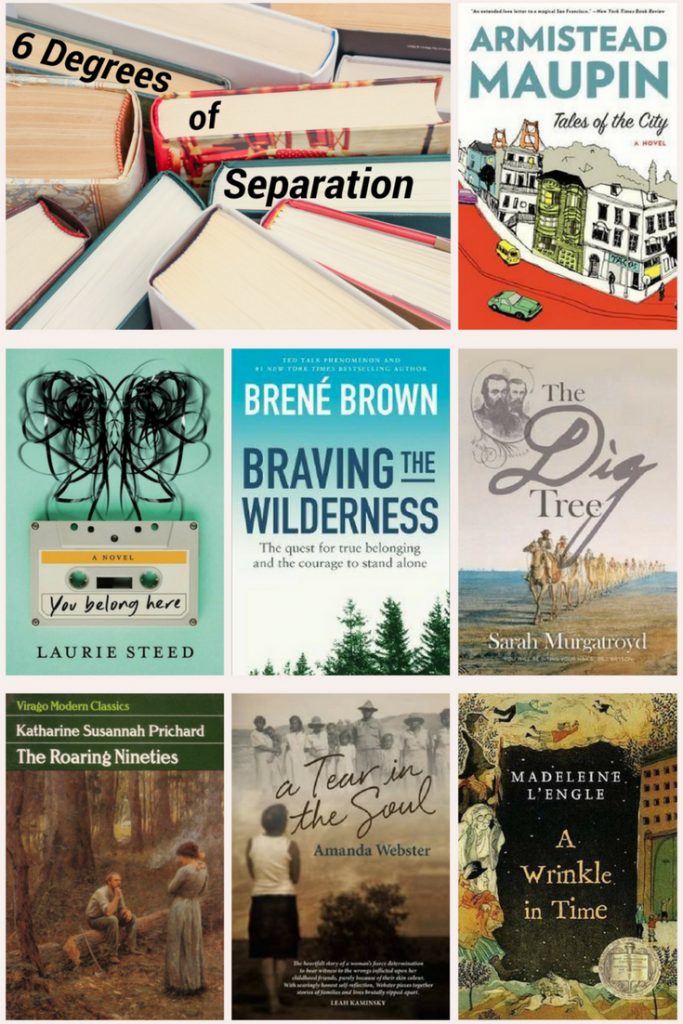 Previous Falling in Love (with Writing) Again
Next Searching for Ancestors: Uncovering Traces of the Past