Many Hearts, One Voice: Launched! 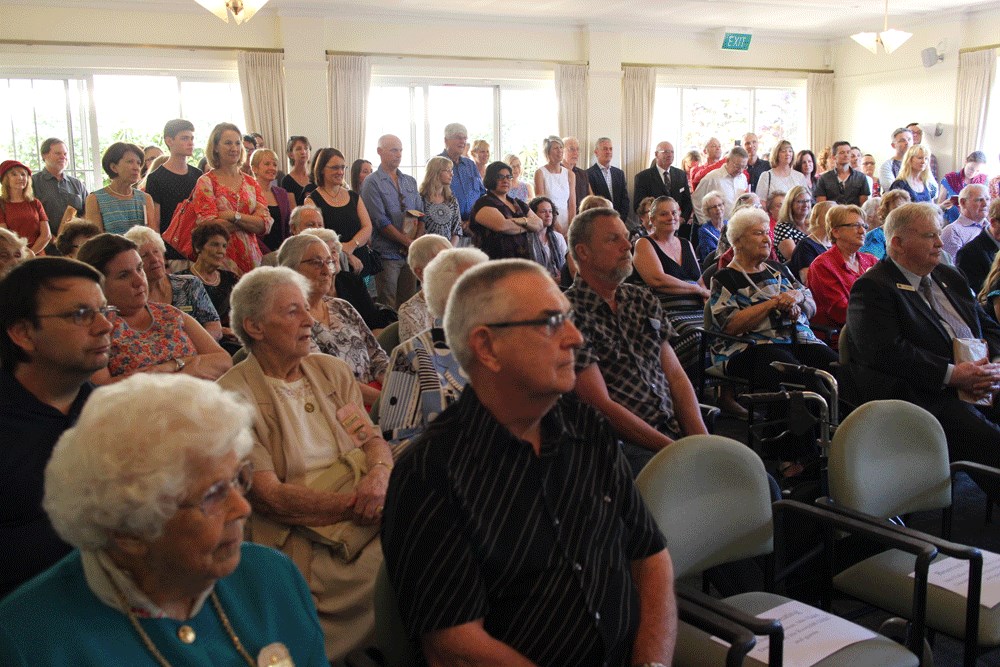 It’s been a crazy few weeks.

For those of you I’m already connected to – in person or via social media – you will already know that Many Hearts, One Voice was finally launched on Sunday, 1 November.

The launch of Many Hearts, One Voice exceeded my hopes and expectations in more ways than one. Fremantle Press had to stop accepting RSVPs ten days before the event as the venue had reached capacity. As a result, a number of dear friends missed out on sharing the day with me. But in doing so, they enabled many war widows and/or their families to celebrate and honour the amazing women who have contributed so much, not only to the War Widows’ Guild, but to war widows – and women – everywhere.

What a day it was. In fact, what a fortnight! My parents flew in from opposite ends of the country and then at the eleventh hour, my two brothers decided to show up, too. It’s the first time we’ve all been in one place since 2007, so although it added another level of bedlam to everything else that was going on, it was a wonderful bonus, and I’m grateful to have been able to share this moment with my family.

I’ve been blown away by the support and encouragement I’ve received since the launch, including the interest of the broader community. ABC News ran a story for their evening broadcast:

I was interviewed by phone on ABC regional radio and then on Remembrance Day, I visited the 720 ABC studio to speak to Gillian O’Shaughnessy for her Breakfast program. Gillian’s warmth and genuine interest in the war widows’ stories went a long way to dissipating the nerves that had woken me at 4.20 am that morning.

I’ve also been interviewed by several newspapers, both locally and interstate, wanting to run stories about the war widows’ experiences. I even managed to convince a couple of the women featured in Many Hearts, One Voice, to speak to the media – and they completely nailed it.

For any introverts out there, you will understand when I say that much of this has been way out of my comfort zone, and at times exhausting. Yet I’ve been making a conscious decision to continue daring to say yes to these opportunities. And let me say this – if I can do it, so can you – whatever it is you really want to do but find fear (or the opinions of others) holding you back.

Fifteen years ago, I would have laughed if you’d told me I could go on radio without completely freaking out. Back then, I couldn’t even ring Telstra to pay my phone bill without my heart pounding. The reason I spent so much time at the War Widows’ Guild getting to know the women (most Mondays since February 2008) was as much about helping me feel comfortable about asking them for an interview, as it was about helping them feel okay about agreeing to it. The added bonus is that I now have about 50 ‘aunts’ and ‘grandmas’ that I can visit in any given week.

Of course, for everything I say yes to, I am saying no to something else. Like publishing posts on my blog and working on my next project, which I am keen to devote more time to. But for this brief moment, I will continue to make the most of these invitations to talk about these wonderful war widows, and share their stories with the world. And despite the nerves (somebody once told me that it simply means I care), I’m actually beginning to enjoy it.

Previous Daring to Say Yes: How I Came to Write My First (Published) Book
Next 6 Degrees of Separation: All The Light We Cannot See