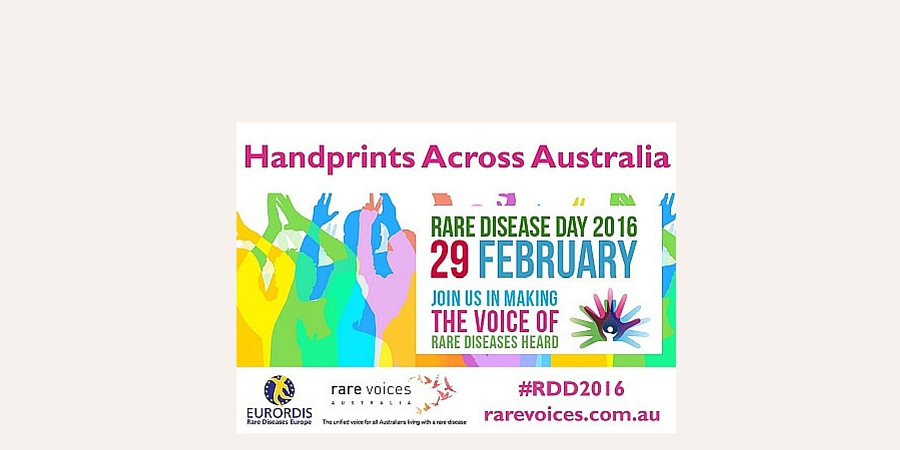 Little Levi Wibberley captured many hearts, including that of celebrity chef Manu Feildel, when his parents went public about his battle with Krabbe Disease. Sadly, he succumbed to the illness in May 2015, but Ashley and Ben Wibberley continue to raise awareness of this and other rare diseases.

Krabbe Disease is one of approximately 7,000 rare diseases, 50% of which remain unclassified. Rare Disease Day, held on Monday 29 February 2016, aims to promote awareness, offer the opportunity to share personal stories, and raise funds to support families affected by rare diseases.

I recently chatted to Ashley Wibberley about Levi’s legacy, giving a voice to those diagnosed with a rare disease, and how we can support other families facing a similarly difficult road.

Given that Monday 29 February is Rare Disease Day, and Levi had a rare disease, how would you introduce Levi to those who don’t know him?

I have so many things I could say about Levi’s life, but the truth is most of it would be like writing a horror story. I like to look at Levi and his life as a beautiful dream with a shocking twist – a book of life lessons. When you become a parent you don’t ever think of what could possibly go wrong. I know I didn’t, until 20 May 2014 when we were called into the neurologist’s office and our world came crashing down.

‘Levi has Krabbe Disease, an extremely rare disease that we have not seen here at PMH.’

The first question that popped into my head was, ‘How long does he have left?

It took weeks for it to sink in. Our clever, funny and active boy would one day become a vegetable and leave us. But Levi was a fighter. He never gave up and always gave it his all. Although Levi’s body became broken, he never lost his way. He knew how to communicate with us, and he knew how to get his own way – that attitude lasted right up until his last day.

Levi captured the hearts of many people in the community, including many you have never met. Did the extent of that surprise you?

The amount of support we received was incredibly overwhelming. Levi’s page was originally created to make it easier for us to keep all of our family and friends up to date. We never thought it would grab the attention of so many people.

Our posts became less and less after Levi passed away … the truth is, I miss updating the page daily. I miss being able to share Levi’s strength with so many people who loved Levi for who he was, not just the ‘sick’ kid. Levi’s page became my escape, like my journal.

Why did you make the choice to go public with Levi’s illness?

Once we realised how many people wanted to know about Levi, it became more than just updating them. It was about educating people. I always wrote exactly how we felt, what was happening and what our future was … I had so many people contacting me about how to educate their doctors about it, especially when expecting a baby.

The theme of Rare Disease Day 2016 is ‘Patient Voices’. How did you ensure Levi’s voice was heard, given he could not speak himself?

I became his voice, and I stopped for no one. I got the nickname, ‘polite mother from hell’. Levi’s neurologist loved it! We always questioned everything, we always checked over doctors and nurses’ steps. We did our own research and we always had the last say. We fought when others wanted to stop. We took our cues from Levi; I wasn’t going to back down until he wanted to.

How has the experience of loving and losing a seriously ill child changed you?

My life changed the day Levi’s diagnosis was given. The fight he gave encouraged me to be a better person. It encouraged me to fight harder, too. Levi gave me a voice I will have for the rest of my life. I owe Levi for making me the person I am today.

I’m sure people would like to know what’s been happening for you since you lost Levi.

Ben and I have both returned to work, and we welcomed Levi’s little brother Layton into the world. I guess we’re just living … we learnt to live day by day with Levi, and I guess we haven’t really gotten out of that … Who knows what our future holds? All I know is that I cherish every day we have with our families.

Are there ways in which Layton has helped you in the months since losing Levi? And are there things that have been particularly difficult?

I remember the day I had Layton, I was so scared. I was worried how I was going to be a mum to a ‘healthy’ child. Right before they made my c-section, I looked at Ben and couldn’t stop crying, and said to him, ‘I don’t know if I’m going to be a good enough mum for Layton.’

Layton is now 7 months old and I have seriously no idea what I was worried about. Layton is just a bubble of fun and forever making us laugh.

I know you are keen for Layton to grow up knowing about his big brother – what do you want him to know about Levi? 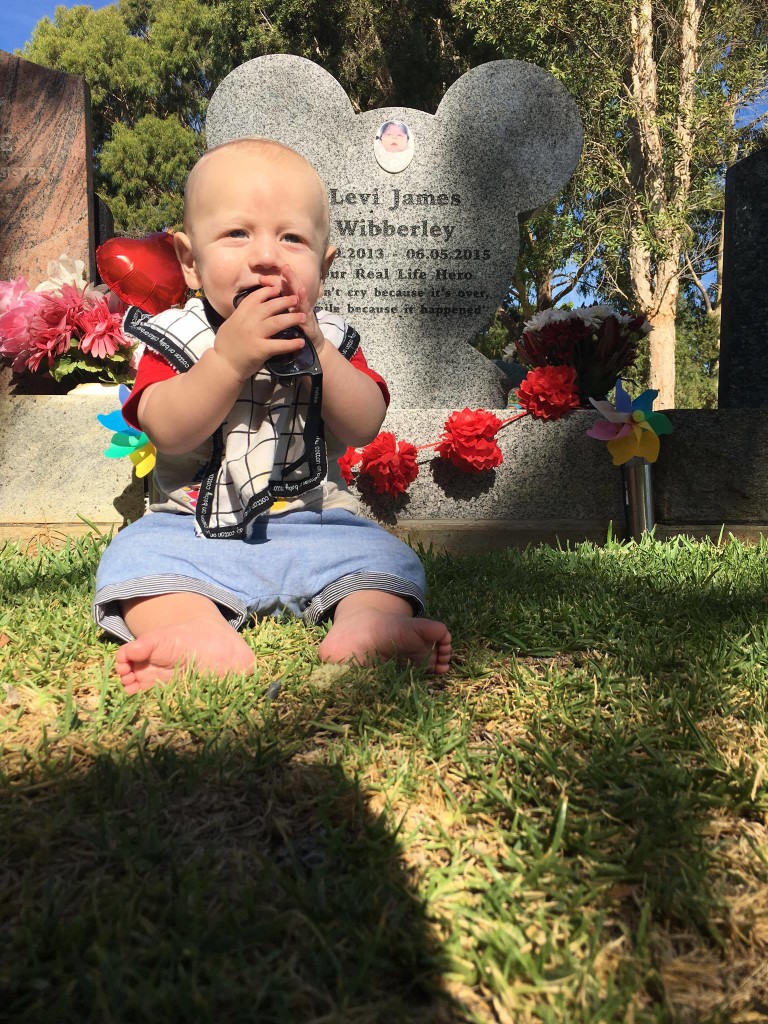 What advice would give other parents of seriously ill children, particularly those with rare diseases?

Research, fight and never give up. Always be kind to yourself, and remember it’s not selfish to think about yourself first. Never let anyone say, ‘You can’t.’ always trust your gut instinct – it’s there for a reason.

What advice would you give to people supporting a parent of a seriously ill child?

Be patient. A parent’s life has just been torn apart. They will never be the same, they will never feel the same and they most certainly never see life the same. But of all the things, never tell them, ‘You are only given what you can handle,’ or ‘You were chosen for a reason,’ or ‘It was part of God’s plan.’ These may be the ‘fill in advice’ when you don’t know what to say, but it can feel like a kick in the face. I always said to everyone, ‘When you don’t know what to say, just give me a hug instead.’ Hugs require no communication, but create so many endorphins.’

It’s been less than a year since Levi passed away, and yet you are already involved in an organisation supporting families of children with rare diseases. Why get involved?

It was time to give back. Toward’s the end of Levi’s life, a friend helped us make contact with a small, local charity called Hope Warriors. Hope Warrior supports families of children with rare diseases. Hope Warriors has been an incredible help to our family. They have always been so welcoming, so really, who wouldn’t want to be involved with them!

How can we join you in making the voices of rare diseases be heard?

Talk about it. Talk about any amazing little person you know who lives the rare road. Research in your spare time to share knowledge. A quote I learned from a fellow Leukodystrophy parent and has become something I live by is ‘Knowledge is power’. If you’re on social media, look out for the posts on Levi’s page and share, share, share!

For more information about how you can make the voice of rare diseases heard, head to the  Rare Voices website. 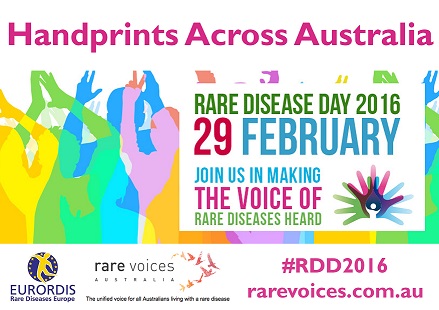